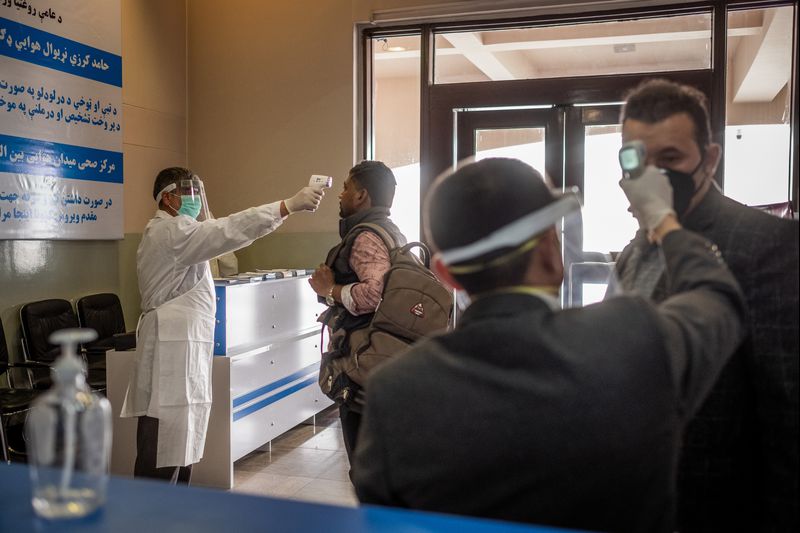 The Ministry of Public Health (MOPH) says 9 new positive case of the Corona virus have been recorded in Kabul, Ghazni, Baghlan and Paktika provinces.

Wahidullah Mayar, spokesman of MoPH, said on Tuesday, “In Kabul’s central laboratories, 45 suspected cases have been tested, 9 new cases of coronavirus have been detected.”

The MoPH also said: “In the last 24 hours, 140 suspected samples have been tested in Herat Province Laboratory, of which 12 new positive cases in Herat, including 10 men and 2 women, and one other case in Farah province have been identified as positive.  Positive events in Herat have reached to 143. “

Meanwhile, the Ministry of Public Health has announced the death of an elderly man infected with coronavirus in Herat province.

According to MoPH spokesman, an individual who was 70 years old died due to the coronavirus virus he has also suffered from heart and respiratory diseases.

Decrease in internet prices and accessing education through TV

Following the efforts to prevent the spread of the coronavirus, the Ministry of Higher Education has presented an E-education plan to the president, saying that it will need budget and cuts in Internet prices.

According to the Presidential press release, Abdul Tawab Balakarzai, the acting minister of the Ministry of Higher Education, in a video conference with President Ghani said that the plan could cover about 250,000 students, but to accommodate its budgeting and lowering Internet prices are needed.

President Ashraf Ghani has also ordered the National Bureau of Statistics and Information to take charge of the technical part of the project and continue to cut Internet prices.

However, the governor of Samangan province, Abdul Latif Ebrahimi, while ringing the school bells said that the school year has started with the broadcast of educational programs recorded on national television.

But so far the number of people with coronavirus in the country has reached 196.