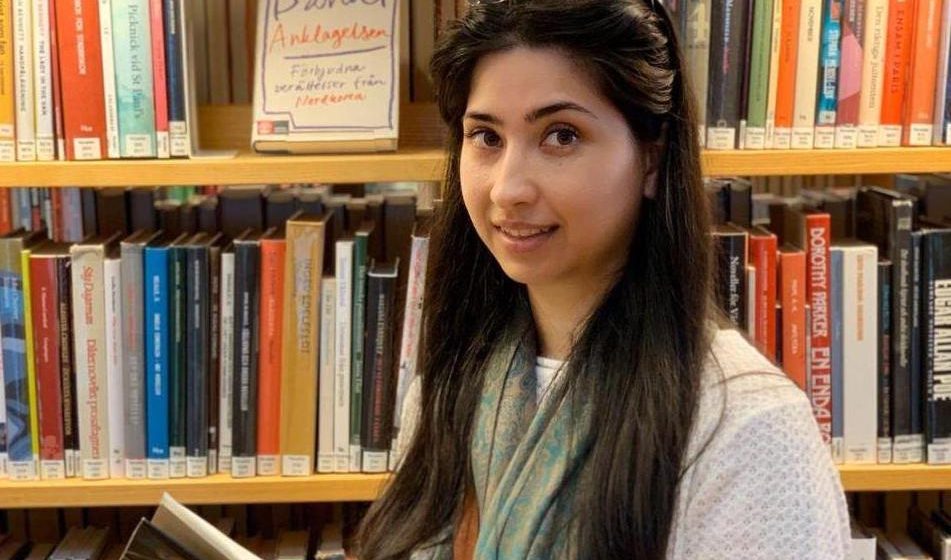 Exclusive: The Journey of Lisa Kakar from refugee to Global Swede Award 2020 Winner

These days, you hear news of women who are breaking tradition and setting records. You hear about them going against the norms of society and achieving so many things. You see them fighting for their rights. Fighting to make their own decisions. Fighting for a better life.

The all-girls robotics team who made low-cost ventilators from car parts, or those who are first responders during the ongoing Coronavirus pandemic, or those women pilots who have successfully captained airlifts and evacuations once the international borders started to close. There are dozens of others who have been vocal during this time.

During this time, when women have come to the spotlight, there are also some who are fighting and emerging victorious in other battles.

Lisa Kakar is one such woman.

Kakar is an Afghan student who received the Global Swede Award 2020. She is a graduate student at a Swedish university and a proponent of Afghan women’s rights at the same time.

“Education is the best strategy to liberate women from male domination and this change will appear in Afghanistan by educated men and women like me,” she points out. 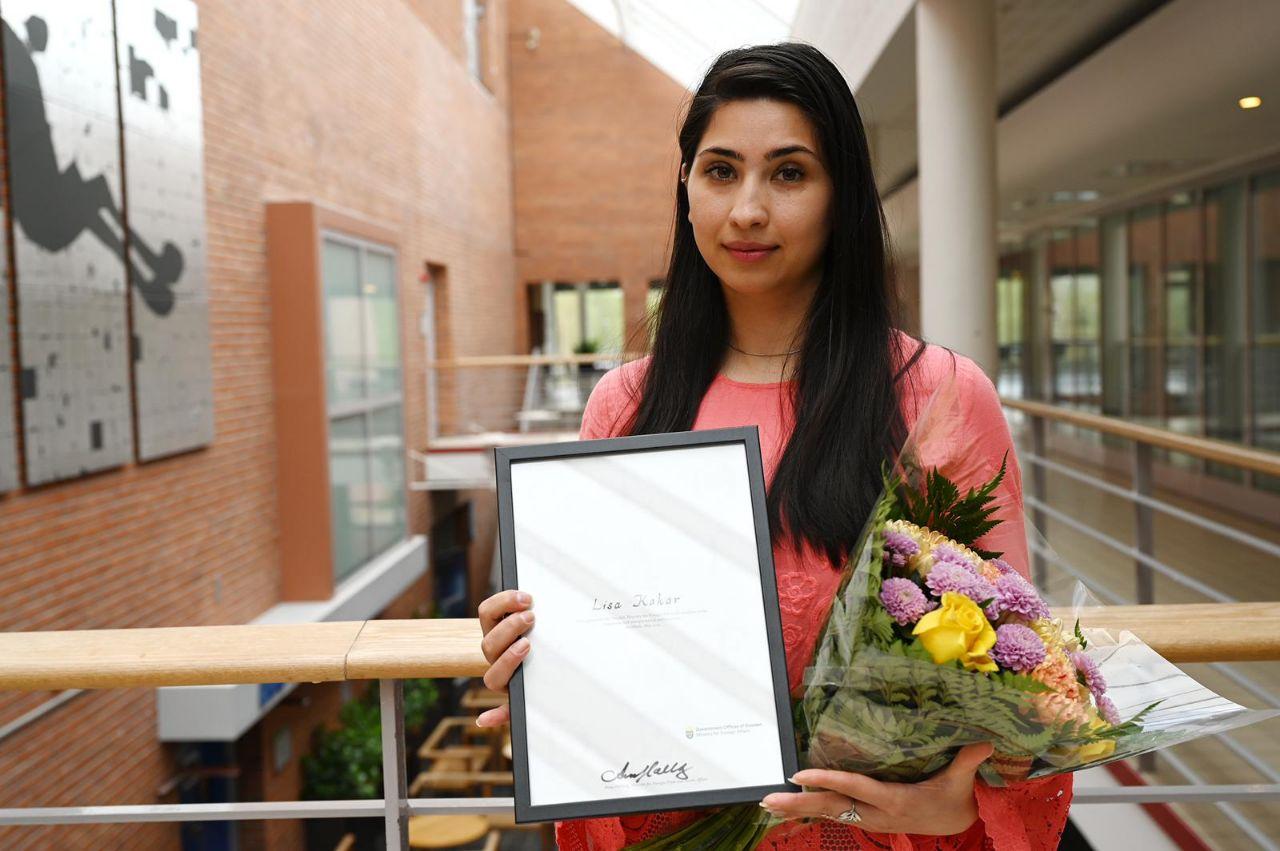 Who is Lisa Kakar?

Kakar was born in Kabul in 1991, the fourth child in the family. Like many others at the height of the Taliban’s power, the family was worried about their safety and their ways of life, so they decided to leave.

The family of eight moved to Pakistan. Kakar grew up in a refugee camp in the country.

Her father was an engineer but unable to work at that time. Her mother used to work as a nurse – the only person employed in bringing in money.

Kakar remembers her first home as a tent made of cloth over which a plastic was placed so that rainwater would not fall inside.

These memories she will never forget.

Kakar recalls another incident when she first came out of the camp and saw buildings – homes – made of bricks. She asked her mother what these structures are, and her mother said this is a house.

She had asked her mother if this is a house, then why do we live like this?

“Camp life was very difficult, and in those years, I used to think the outside world was the same. I thought people everywhere in the world lived the same way, and I didn’t have a picture of the environment outside the refugee camp,” Kakar recounts.

Her mother, at that time, tried her best to explain the complex political climate of the place that their family had called home once and where they currently were.

“It was due to the efforts of our parents, that we were able to change our lives and get out of the camp.”

Education was an important aspect in the family. Like many others in exile, they knew a good education could help them get out of the camps. All the siblings had very clear goals for their future.

“If it were not for my parents’ support, I wouldn’t be able to study easily,” said the double master’s degree holder.

She did her bachelor’s from Kabul University, and her first master’s in business administration from India. Currently, she is a student of international business at Lulea University of Technology in Sweden. 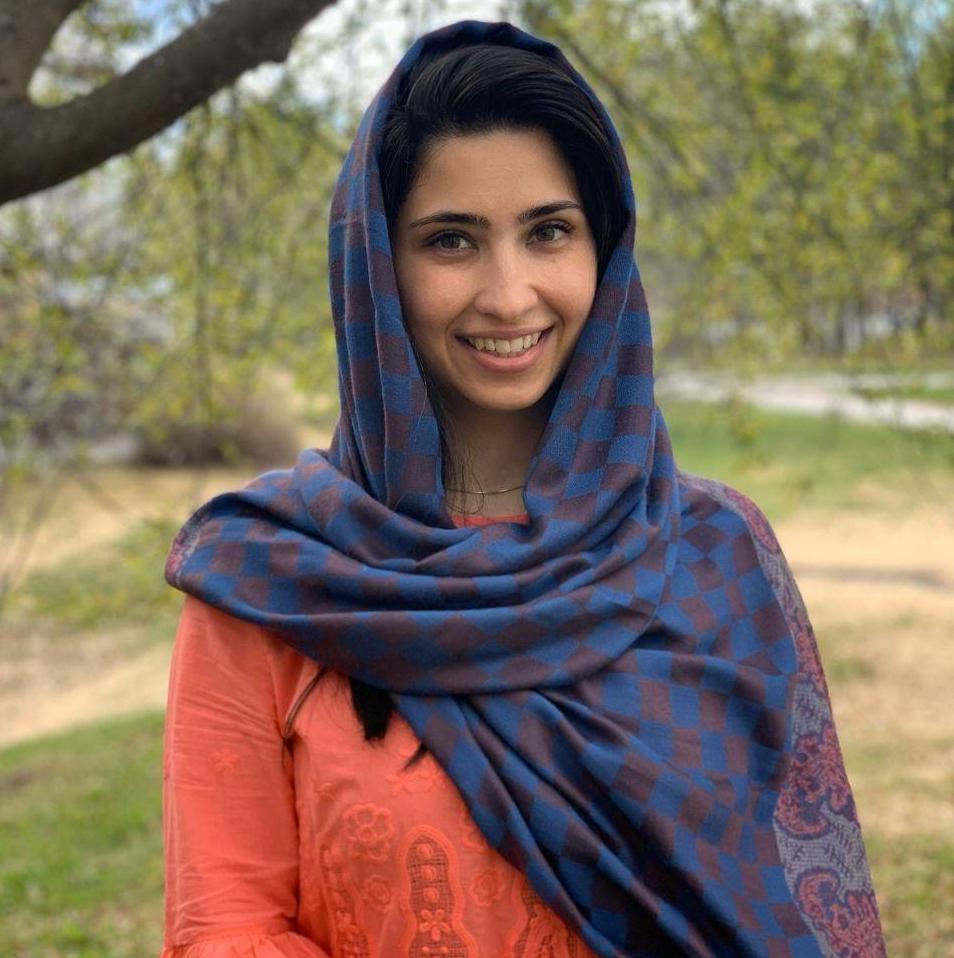 “If it were not for my parents’ support, I wouldn’t be able to study easily,” said the double master’s degree holder

During her student-days in Kabul, Kakar was involved in extracurricular. She co-authored a magazine with a number of other like-minded people and wrote about women’s issues in the country and the women’s rights in Afghanistan.

“We started a magazine with a group of girls and wanted to register it in 2012. Because we used a female symbol for the logo, we couldn’t get a license for the magazine,” she said.

Once they finally did, the magazine’s first article was about the country’s then-First Lady, Zeenat Karzai, wife of former President Hamid Karzai. Kakar’s sister typed the entire magazine.

“We wrote about Hamed Karzai’s wife who had never appeared on television and was not in any official gathering. We even took the magazine to the ministry for them to read,” remembers Kakar.

After those eventful days, Kakar moved to India and then to Sweden to pursue her studies. She has still kept in touch with her friends from Kabul and they continue to publish their e-journals on social media.

When she was a teenager, Kakar had dreamed of becoming a doctor to serve her community.

“My mother was a nurse and she encouraged to become doctors. I used to think the only way to serve my country was to become a doctor.”

But science did not prove to be her cup of tea. However, she overcame that. “Later I realized that we could make progress in any field we study,” Kakar said.

In Sweden, Kakar started doing academic research in international business development. She was selected for various academic programs for scholars. However, her extracurricular activities did not lag.

She continued to hold events in Sweden to talk about the rights of Afghan women. She also worked for Save the Children, an international NGO.

The award is part of Swedish government and the Swedish Institute’s effort to recognise international students who have distinguished themselves in areas related to innovation and entrepreneurship and are positive ambassadors for their home countries.

She remembers of a time when she first arrived in Kabul. She saw strangers everywhere and saw herself as a stranger. But after a while, she realised that this country was her own.

She could study in Afghanistan.

She could contribute a little to bring about a change in society, especially for women.

She is happy at her progress academically and socially. She has seen hard times and has emerged all the more stronger from it. But for Kakar, this is not the end. She is still trying to make progress and change the world for the better.