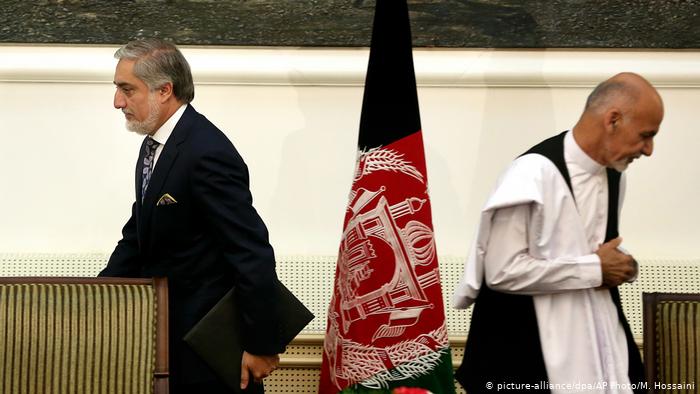 Forming the Afghan Cabinet: Is There a Political Solution to Afghanistan’s Crisis?

27 days after the second term of his presidency, President Ashraf Ghani has started to form his new cabinet and announced the introduction of figures to his new cabinet.

Earlier, Mohammad Taher Zahir was nominated as Minister of Information and Culture, Seyyed Abdul Wahid Qatali as Governor of Herat, Ahmad Zia Siraj as Director General of National Directorate of Security, Abdul Hadi Arghandiwal as Head of the Ministry of Finance and Davood Sultanzavi as Mayor of Kabul.

President Ghani said at the swearing-in ceremony at the Presidential Palace that he would work with the cabinet of the National Unity Government for another two weeks, after which he would form a comprehensive cabinet with consultation. However, contrary to Mr. Ghani’s own remarks, not only are these figures not new, but they are all, in a way, colleagues of Mr. Ghani’s first term in office.

As for the new cabinet, Hanif Atmar resigned from the post of national security adviser to Mr. Ghani shortly before the election and became a short-lived rival in the election, which he did not, and now serves as a role model for those outside the government. Mr. Ghani’s cabinet has returned to being popular. Of course, Mr. Arghandiwal has been part of Mr. Ghani’s team to some extent, and as a person who leads his own political current, he has entered Mr. Ghani’s new cabinet.  However, the field of inclusiveness of the new cabinet in the key ministries such as defense, interior, education, and the relevant departments is important, and we must wait to see it in the introduction of ministers outside the State-Builder team.

As usual, after Mr. Ghani’s announcement, Fazel Ahmad Manawi, a member of the stability and partnership team on his Twitter page, wrote:  The ridiculous plan of the Presidential Palace is rooted in rejection. If the Palace’s regulations are not stopped, Sepidar’s cabinet will definitely be announced.”

After the political crisis caused by the election results, Hamid Karzai and Abdul Rasool Sayyaf became active as mediators between Ghani and Abdullah, but recently the mediating group was represented by Mohammad Younis Qanuni and Mohammad Karim Khalili, who himself is one of the pillars of the stability and partnership team which has grown and their activities have intensified.

In the latest case, Hamid Karzai wrote on his Facebook page in a joint press release on Sunday that “given the current situation in the country, there are comprehensive efforts to reach an understanding and cooperation.  In order to finalize these efforts and achieve the desired result, we propose that Ashraf Ghani relinquish the appointment of government officials for an appropriate period of time, and that Dr. Abdullah Abdullah’s successor to the agreement to reach an agreement shall be be extended … “  At the end of this joint press release, the names of Abdul Rab Rasul Sayyaf, Mohammad Yunus Qanuni, Mohammad Karim Khalili and Mr. Karzai himself are mentioned.

However, the stability and partnership team does not seem to have decided to announce a cabinet and is seeking a political solution through dialogue and negotiation to resolve the crisis.