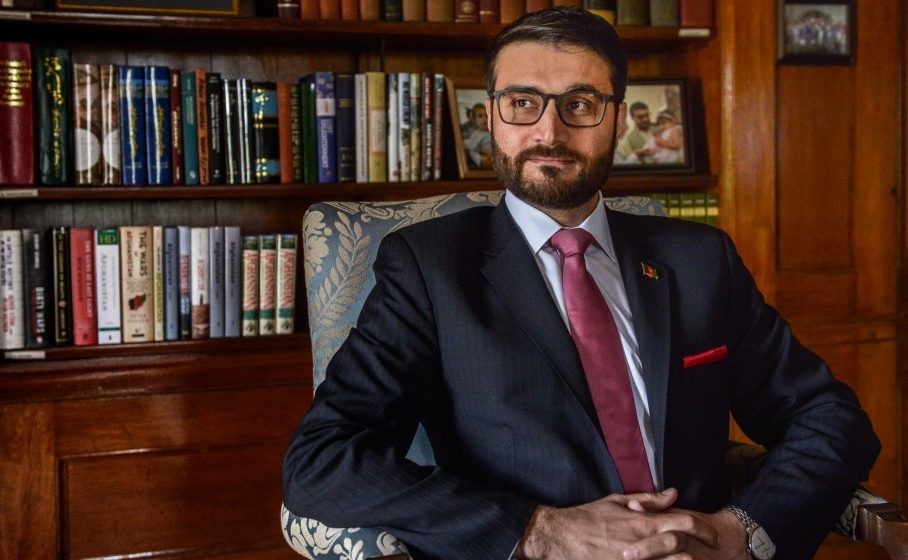 National Security Advisor of Afghanistan Hamdullah Moheb was interviewed by BBC this week. Mr Mohib while admitting the reasonable flaws his government is responsible for, stood up for the larger spirit of his country to convey that the war in Afghanistan was not started by the Afghans, yet they are tirelessly working to end the fear and violence perpetrated by the Taliban. Reporterly has directly quoted some of Mr Moheb’s statements from the interview to shed light on the nature of NSA’s stance on various issues.

“Multiple threats by Taliban and attacks by them on our people, yet Afghans  defied all of that. That speaks of their verdict for democracy. These were the first elections completely organized by the government. ANDSF did a tremendous job despite the number of attacks in 2014 when we had foreign security support.”

“Taliban provides fear. We admit we are at war with Taliban and other insurgents. As for calling and making it sound like it’s [our governance and security scenario] all falling apart, we have to look closer for getting ground reality…there are some areas where they [the Taliban] control certain parts but to say they control wholly is an exaggeration. What they essentially do is drive fear into people; they do not govern those areas. Is it possible to man every inch of the country? No country does that. But even then, to bring Afghan centers under control is something we are doing and we are also planning for insecure areas through new solutions.”

On Dwindling Numbers and Morale for the Forces and Reforms

“When we look at just numbers without context it seems bad. We have been working on reforms in institutions but dwindling numbers were inflated in the past-when ghost soldiers were counted. We have put systems in place to detect ghost soldiers and that is why that inflation has come down. Our forces fight with velour and bravery. Do remember our forces are all voluntary-they fight for the country and in my few weeks as NSA I have heard stories of attacks and the brave velour of soldiers. For instance in the Farah province check post attack-all soldiers fought till their last breath and did not give up till the end.”

“Ghazni Made Me Take Up Job as NSA”

“That is on my mandate to change. Ghazni is the reason I accepted this job; it hurts me to see we failed our forces. We want to resolve all of those issues and I want to reflect their voices in our policies. We haven’t been able to deliver services as the services rendered to us by soldiers.”

No Option but to Protect our Country, We Want to End this Conflict

“That’s again something that you have the luxury to say. This is our country; we have no other option and have to protect ourselves. I cannot comment on colleagues of previous government and this is a changed country since and as a result of your efforts too. This is not the Afghanistan that you only see through TV and media. Afghanistan is only shown in spectacular events and not given as much space while being covered by the media.

Our aspirations are to end this conflict and we are proud. We also realize that the challenges here are ours. Your investment in this country has not gone to waste. It is not a war we brought upon ourselves, we have to win and end it. It takes more than just statements to end it. We are taking measures and Resoulte Support helps us a lot by training our forces to provide security that the Afghan people deserve.”

No War for Profit

“Our NSC’s decision on this matter is clear and it is that we will not allow businesses to turn our war into profit. It is [US help] an honorable cause and we appreciate our allies partnership but we are fighting terrorism and that’s not for profit.”

“We knew he [US Envoy Khalizad] had talks. I want to clarify that people confuse talks and reconciliations. The Afghan government has control over the reconciliation process. We held two major Kabul Process talks and also had the initiative on ceasefire…It’s not that the Afghans must own the process; we do in fact own and drive the peace process. That’s the only way for success. We think that without it there will be no peace. It will be a shame if all your investments go to waste.”

How Taliban can Prove they Care for Afghans

“Taliban are more than welcome to participate and contend in elections. They can see that Afghan people want that process [elections]. If they [Taliban] feel they have a place in Afghan society other than driving fear in people, they must come and contend and see if the people vote for them or not. Ceasefire proved that Taliban let their fighters free and had no control which scares them. They are just a military force that drives fear and not governance. They will know if they can govern only if they participate in a democratic process and let Afghan people choose and not be forced upon them.”