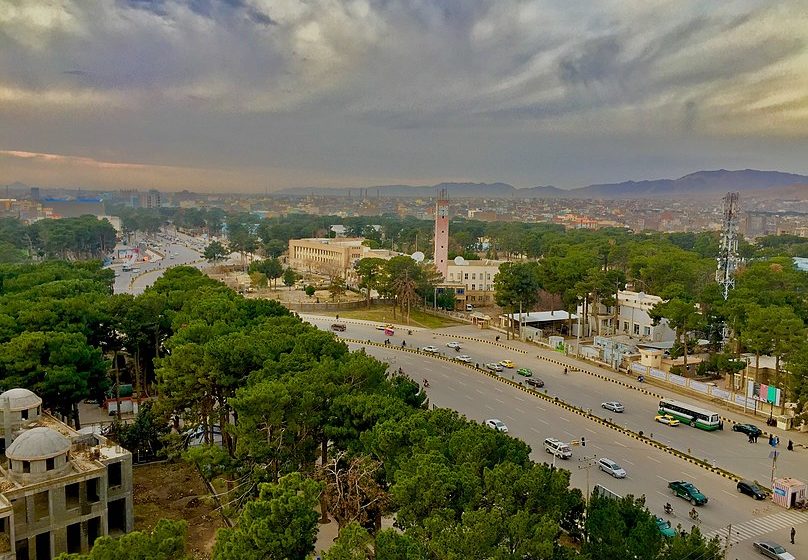 Herat: The Province in the Forefront of Fight Against Coronavirus

The official cases from the coronavirus in Herat province in western Afghanistan has risen to 214 and four deaths. But some citizens of Herat say that the statistics that are published every day are not real. In fact, the number of sufferers is higher than the number published by the government agencies.

These days, Herat is at the forefront of the fight against the spread of the coronavirus. The unprecedented return of immigrants from Iran, the second largest outbreak of coronavirus in the world after China, has exacerbated the crisis in Herat.

“Nearly 10,000 immigrants from Iran return to Afghanistan every day for two months,” Najibullah Mohebbi, a lawyer for the Herat Provincial Council, told Reporterly.

The unprecedented return of migrants in such circumstances is a matter of serious concern. For example, some migrants and returnees entering Herat go to suburban areas such as Jibraeel, Sheidai, Babaji and Haji Abbas neighborhoods, Seyedabad and Kore Mili, as Morteza Ayoubi, a civil activist in western Herat, told Reporterly.

“Most of the immigrants who come to Herat from Iran come to jIbraeel. In this regard, people have measured home quarantine; they have a room for them, and if they have symptoms, they will go to private clinics and hospitals, because there is no response in government hospitals to testing, the results and the treatment of infected people.”

However, Mr Mohebbi said: “At the moment we have no known cases of any infected in Jibraeel.  There was only one case where he was a passenger who came from London and unfortunately died.  “But we don’t have a case where the Gabriel area has been registered yet.”

Meanwhile, Mr Ayoubi said: “We still have two cases in the western part of Herat that have corona. I know these two infected very well.  As for the dead, we do not know what to say, because the dead are buried without informing the public health department. Because families are hiding it, there is both a kind of fear and a kind of false shame among the people.”

Lack of Capacity for Testing

Among the returnees, there are undoubtedly those who carry the coronavirus, but due to the lack of experimental facilities, it is difficult to accurately identify the number of people infected with the virus.  As Morteza Ayoubi, a civil society activist in Herat, told Reporterly: “At least 50 percent of the migrants returning from Iran will stay in Herat. This 50% daily refer to hospitals for testing, but there is no testing capacity.  On the other hand, the testing process is such that it takes a week. We took one of the suspects to the Corona Hospital in the Sheidayee area, and they told us that we would hospitalized today and that we would be able to take a test one day later.  After that, their test results may come in two to three days. This means that the most normal test process takes 5 days, which means that the statistics that are newly published are 5 days old, while the new statistics are not yet known and their test results have not been received yet. I saw this process with my own eyes, because I knew the patient was suffering and I was witnessing it closely.”

At the beginning of the curfew in Herat, some cultural and civic activists in western Herat launched a campaign called “Jibraeel is a body part of Herat” on social media and protested against the Herat local government’s dual approach.

The campaign also ended after the governor of Herat visited the area and visited Gabriel. But Mr Ayoubi said: “In the case of the Hazara areas, there is no attention paid by the government to disinfect the areas, deliver aid and food.”

Mr Mohebbi, meanwhile, said: “No food aid distribution has been started by the government so far, but it is planned. The donations, which were published on social media, were donated by donors and businessmen. They have their own choices to distribute their aid.”

In this regard, Alireza Yasa, head of the Star Training Center, who witnessed the situation closely in Herat and whose cousin died of the coronavirus, wrote on his Facebook page: “Prejudice in Herat against the Shiite minority has reached to its peak. The attitude of the officials of COVID-19 Hospital towards our family in Herat was far from humane. At the height of the psychological pressures of the survivors of a war-torn disease, the grief of taunts such as, ‘You, God forbid the Hazaras who brought this disease from Iran were indescribable.’

Is Corona Mercy or a Human Catastrophe?

As Herat finds itself in a critical situation and the number of people infected with the unknown coronavirus in the province is increasing day by day, a video has been posted on social media of Mawlavi Mujib al-Rahman Ansari telling his audience through the pulpit in a strong and passionate tone. That is, “The corona virus is a torment for infidels … mercy is worthy for Muslims.”  O Muslims who are in bed and you have contracted the coronavirus, know that this is a disease of mercy for you. This virus has come from the Lord of the worlds, it has come from the rule of the rulers …”

The video has prompted some social media users to react, with some believing that being like religious scholars who emphasize ignorance and abuse the simplicity of people is more dangerous than natural viruses such as corona.

However, we wanted to have the views of the Herat Public Health Department and the officials of the Emergency Committee for Combating Corona in Kabul, but we were unable to do so.