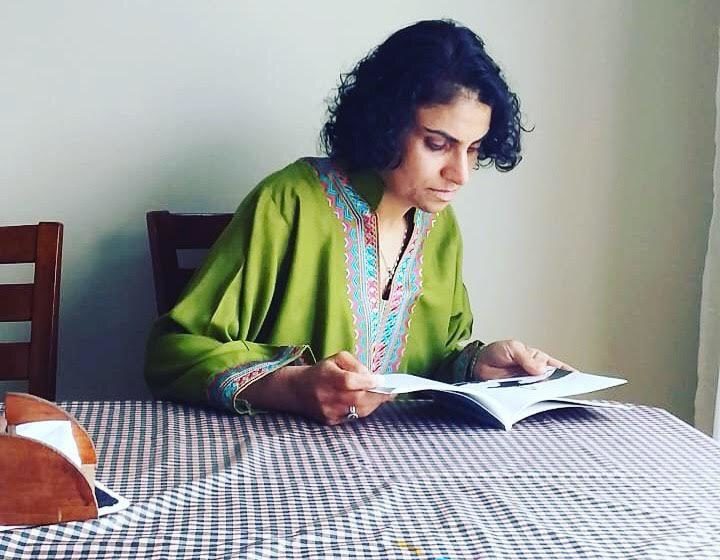 Ms Nadia Ghulam is an inspiring personality who became famous on social media for her early life’s story about spending ten years in Taliban ruled Afghanistan, posing as a boy. But there is so much more to that narrative than Nadia just disguising herself as a boy, and an even more motivational story once that time of her life was over. Ms Ghulam has co-authored the book “The Secret of My Turban” with Agnès Rotger, and has also won the Prudenci Bertrana Prize for fiction.

Asked about how she thinks her life changed with the onset of the war in Afghanistan and establishment of Taliban regime, Ms Ghulam explained, “Before war, I had a normal life as a happy child, like any child in the world. My father was working in the Health Ministry and my mother was a homemaker. I was able to go to school, and I could see all women around me enjoying their freedom in an easier way.”

Ms Ghulam’s most famous story is a period of 10 years in which she disguised as a boy and worked on the streets of Afghanistan, all while the Taliban’s reign of terror swept across the country. On being asked as to what compelled her to disguise herself as a boy she answered that even before the Taliban regime was established, precisely during the civil war in the country, a bomb fell into her house when she was 8 years old. This left her severely injured, and she went on to spend around two years in different hospitals during the war in Afghanistan. 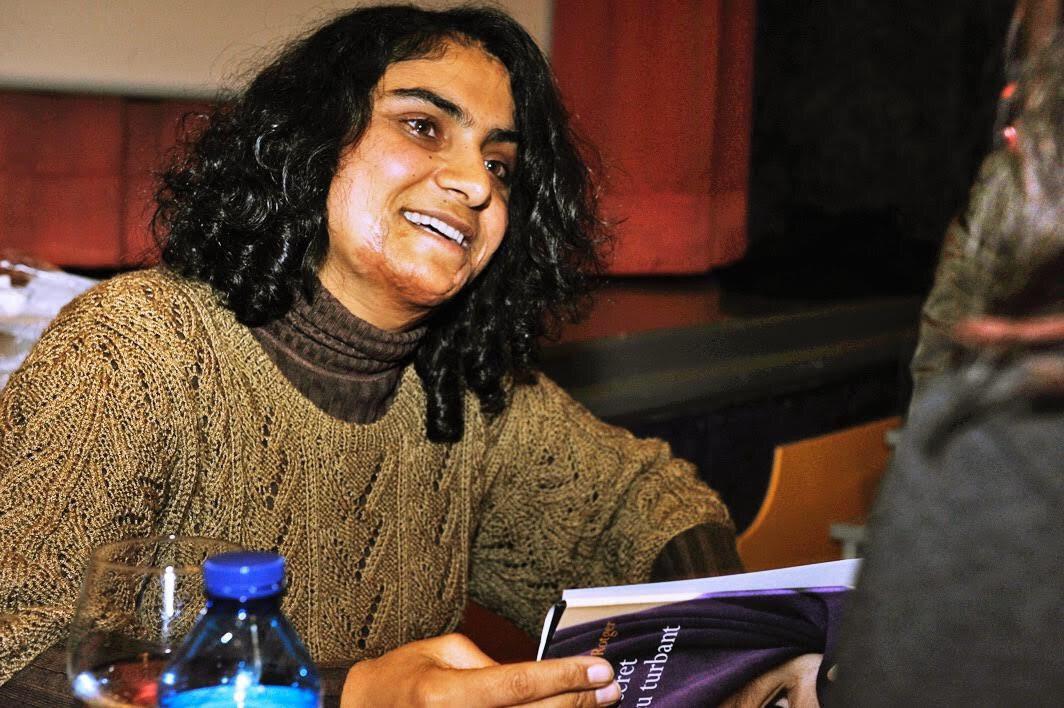 Ms Ghulam’s most famous story is a period of 10 years in which she disguised as a boy and worked on the streets of Afghanistan, all while the Taliban’s reign of terror swept across the country

“When I was discharged from the hospital, the Taliban regime had been established in my country and everything was forbidden for women, like attending school, working, walking alone in the streets, etc. in that moment I was around 11 years old and I didn’t know what to do because my father was suffering post-traumatic stress from war, my mom couldn’t work because she was a woman, and in that moment I was too young to understand the risk of dressing as a man, and my family really needed food and medicines. No one was helping us, and I thought it was going to be for just one day and that the next one, things were going to change, and that I was going to be able to work as a woman and bring food to my house. However, this lasted ten years, so during this time I had to continue doing it, dressing as a man, to be able to work and support my family. I had no choice.”

In those ten years, Nadia worked as a farmer, dug wells, got involved in construction work as manual labour, and later on, even began to run her own bicycle workshop. These are apart from several other petty jobs she had to pick up to make ends meet for herself and her family.

Until Nadia turned 16 years, she was what she terms, “an illiterate woman”, as due to her circumstances, she was deprived of basic and formal education. “I was not able to write and to read in my own language” she explained.

How did she then make up for the lost educational opportunities later on in life?

“It is a long story”, Nadia narrates, “but if we want something, we can really do it. My dream was to get education, go to school and learn, so even after the Taliban regime left, I struggled a lot to accomplish it. I was really clear that I wanted to learn and that this was the only way to change my life. I begged teachers in different schools to let me attend classes, and finally I was able to wrap up to what I had missed and finish high school in Kabul.” 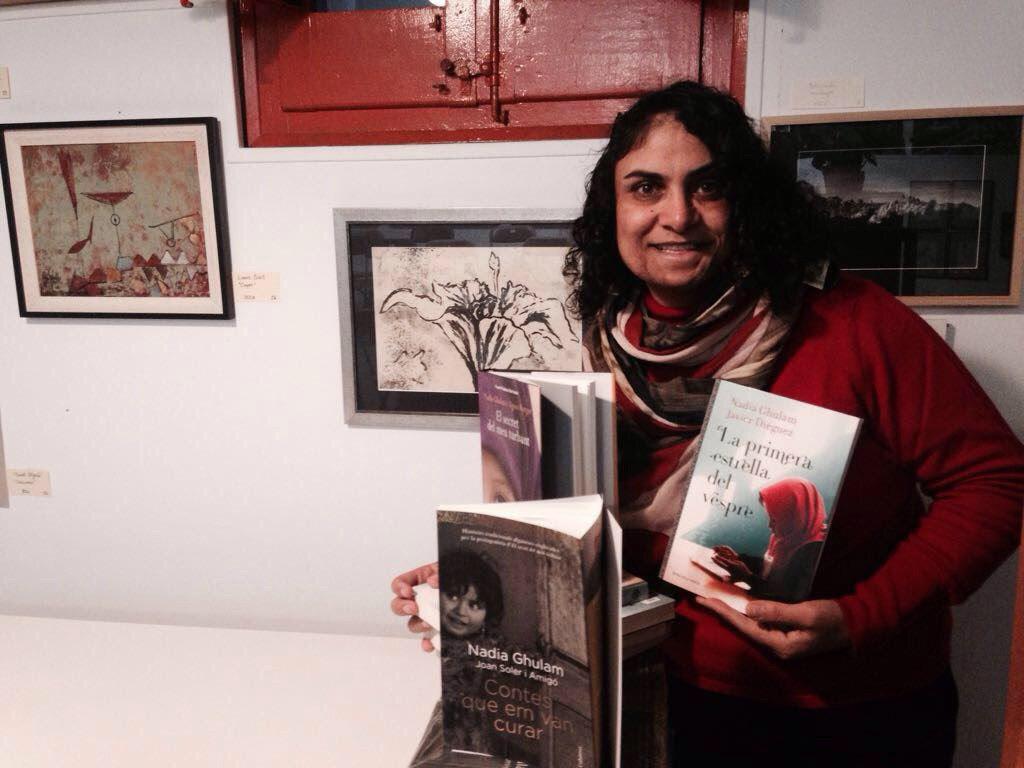 Until Nadia turned 16 years, she was what she terms, “an illiterate woman”, as due to her circumstances, she was deprived of basic and formal education. “I was not able to write and to read in my own language” she explained

We asked Ms Ghulam to tell us about a moment she can recall when if she came close to getting caught by Taliban. “There are so many memories recorded in my book”, she said, “But, an important one was during my first job as a farmer, I had to take the vegetables to sell them in the market, I had to do this at 3 am, and once, after a long week of work without sleeping that much, I was really tired, and the former was very strict asking me to be on time, he didn’t know I was a woman. So, I was very stressed of not waking up on time, I had no alarm, and I was waking up every five minutes to check my watch turning on a match”.

“In that time, the rule of the Taliban was that one should to not be out in the streets from midnight until 3 am – and in they [Taliban] find people in this time-span, they would take them as a thief, and cut their hands. So, one of the times I woke up, I checked my watch and it was 12:15 am, but I thought it was 3 o’clock because I was half asleep and didn’t see very well. I just ran to the street. When I arrived at the farmer house, with the moonlight I finally checked the watch and I realized it was just 12:30 am! I started shaking, so scared to be caught by the Taliban, and I didn’t know what to do – I was not able to go back home and neither enter the farmer’s house. So, I decided to stay out of his house in the street. A few minutes later, a car full of Taliban arrived. My heart was beating so hard that I was able to listen it. They were so close to me and there was the moonlight as well”, Nadia continued.

Fortunately, that night the Taliban couldn’t spot her even when she was just sitting behind their vision. “It was a miracle in my life, like many others in my life”, she recalled.

Your parents must have been concerned about you safety and security as a child working on the streets. How did you assure them about your safety at that time?

My father was ill and my mother, though she was scared, she didn’t have any choice. At night she was praying for me, asking God to help me, and I think her prayers worked. 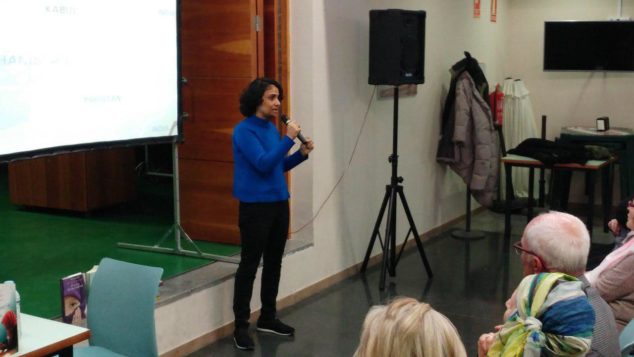 It was decade full of working hard, escaping the eyes of Taliban, and earning bread, but Nadia had to come to a realisation that this disguised life had to end sometime.

“Every day, I was growing up as a woman, and I had to hide my body underneath my clothes. The more I grew up, it was harder to keep the secret. That is why I needed to escape from my country, I was not able to say the truth if I wanted to stay alive. The social pressure is too strong in Afghanistan”, she explained as she told us about the time she finally decided to let go of the double-life and enter a new phase of peaceful existence.

The next thing Nadia knew as she shunned her older life, was that she really needed medical treatment and she was certain at that point that survival in Afghanistan was next to impossible. “These were difficult times”, she described, “but I started learning English and with the support of an NGO,  and I was able to move out of my country to get the medical treatment. During my treatment, which was not easy at all, I decided I take this as an opportunity to follow my dream, which was to get educated.”

Ms Ghulam resides in Spain now, and we asked her to tell us the difference in her lifestyle between the times in Afghanistan and in Spain. She said that the most important difference between living in Afghanistan and Spain is living her freedom, “For me, to be poor was not a problem, the biggest challenge is when you don’t have security and peace”.

As mentioned before, Nadia had been, and continues to be the economic pillar of her family, so in Spain she continued her studies and simultaneously picked up work. Was it difficult? “I am a survivor in every thing” Nadia said, “I have worked in different places and have been doing different things during all these years. “

Ms Ghulam has clear and strong feelings about the way in which the process of woman empowerment has set in Afghanistan. She pointed out that while the positive is that in Kabul city, today women can go to school and work, they are still held back as they don’t have the required security. “Anytime, anything can happen to them. A woman can be shot in the street, she can be kidnapped, there is no government to protect them”, she said.

On being asked about the issues surrounding child welfare in Afghanistan that she considers necessary to be taken care of, her answer was that the poor children in Afghanistan don’t even know what welfare is, what is a child right. “They are not aware of their rights to get education and basic things like food and water. Five year old children are working in the streets selling gums or anything to get food for themselves”, she said.

Coming to another aspect of women’s agency in the current times, we asked what Ms Ghulam thinks of the Afghan Peace Process in light of women’s participation. Does she think women and their interests are properly represented on that platform?

“Not at all. From my perspective, it is not a peace process to help women. If this is signed as of now, women will be again in Taliban`s hands. All the difficulties we suffered before, will come back and even worse”, she expressed.

The lack of a proper voice to air women’s interests and stake in the Peace Process is one of the main criticisms of the Afghan Peace Process led by US Special Representative Zalmay Khalilzad.

Nadia firmly believes that women have a huge role to play in making Afghanistan a progressive and self-sufficient nation, “Women should have a real participation in all aspects. I believe that woman and man should work together, respect, learn and share with each other, because for a successful society the involvement of both is fundamental”.

She pointed out a stark reality of the actual position of women in Afghanistan presently, “women are being told that they have freedom, but they can’t practice it. They are still conditioned by men, in their families and in their jobs, if they work.”

Despite all, Ms Ghulam dreams to come back to her motherland, to help other women who are facing the same situation as she once did, and to support other strong women who are fighting for our rights, “I want to get together with them to join efforts and tackle this darkness.”