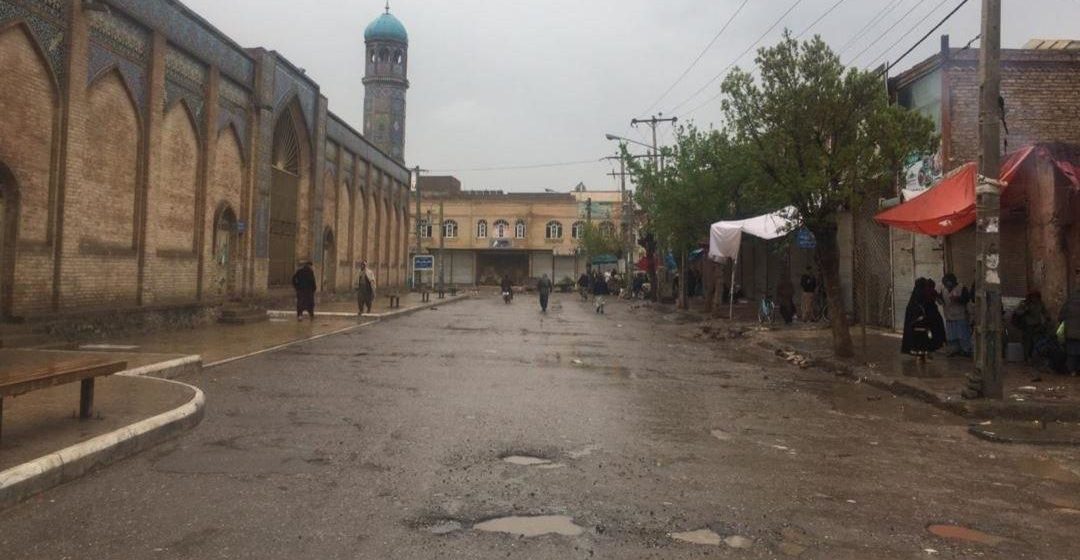 Jebraeel Is A body part of Herat: Does the local government Play Double-Standard with the Herati citizens?

While four days pass in Herat province, and as a center for spreading the Corona virus, severe restrictions have been imposed on the province, but residents in the District 13 of the province complain of local authorities’ inattention.

“Jebraeel a body part of Herat”

Mehdi Halimi, a resident of the Herat province, told Reporterly: “Although the traffic levels have been very intense throughout the city, local authorities have not paid any attention to Jebraeel until this morning. But the people themselves were disinfecting their areas. ”

“When you ask shopkeepers how their shops are still open and congestion is going on in the markets, they say, no one cares about them, and when the police go to the stores, they get out of the shop again with a cake or other food. And no one has sought serious follow-up in this city,” he added.

Citizens in the area, however, have been able to draw the attention of local authorities to Jebraeel area by a social media campaign and the hashtags “Jebraeel is a body part of Herat”.

“Although quarantine has not been fully established in Herat, and this is just a limitation of many sightseeing opportunities, it must be voluntary rather than mandatory. Unfortunately, we have reports that some halls in Gabriel are secretly marrying. If the people of Jebraeel fail to do so, the police must pursue it seriously,” Hakim Tamana, head of Herat public health department of Herat told Reporterly.

Another Facebook user wrote on his page: “People in western Herat demand that in these difficult circumstances, Herat’s Honorable Authority and its subordinate adheres, especially the Herat Public Health Department, have seen them as discriminated against and prejudiced; To take action to disinfect the streets and public places of western Herat as soon as possible, delivering food and hygiene like other parts of the city.”

However this morning, some residents of Jebraeel told Reporterly that the governor of the province and a number of health officials had visited the area.

Jalani Farhad, a spokesman for the province, said: “We are equally committed to implementing measures and providing services to citizens without discrimination. But these restrictions apply throughout the city. ”

Like other areas of Herat, the area is facing high food prices. Although no positive case of the virus has been reported from Jebraeel, the provincial Department of Health says that if people do not cooperate themselves, it is possible that the first case will be recorded tomorrow for the district 13 of the province.

While a large proportion of the returning migrants from Iran visits Jebraeel and its suburbs, this area is one of the most vulnerable locations of Herat province due to the spread of the Corona virus.

According to local authorities, some 30,000 families have been distributed food. All of these actions in Herat come as the city had no positive and tangible impact in recent days.

Yesterday on Firday, 11 positive cases of infected people to Corona virus were recorded in the province.