Narratives » Latest Developments on Afghanistan’s Election: What Are the Concerns About Conducting 2019 Elections?

Latest Developments on Afghanistan’s Election: What Are the Concerns About Conducting 2019 Elections?

In the latest developments on Afghanistan’s presidential election, a document which was obtained by media claims that the Independent Election Commission has decided that the biometric devices which were used in the parliamentary elections last October will not be used for the upcoming presidential elections.

The document shows that members of the Independent Election Commission (IEC) have decided that amendment in the paragraph 2 of Article 19 of Electoral Law, in which the use of technology on the day of elections is raised, is not applicable and the previous list of voters in the parliamentary elections is approved after the amendments.

The importance of the issue: Afghan presidential election is one of the most important issues which forms the theme of discussion these days. Although at present, one of the most important matters in Afghanistan is reconciliation, elections have their own importance, something which a number of officials in the country regard as having an impact on the peace process. 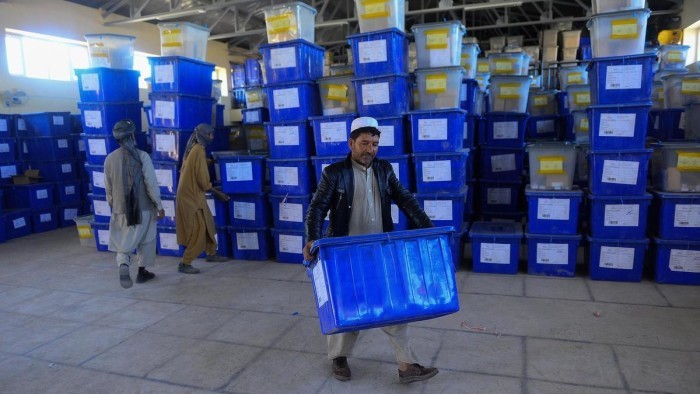 With the introduction of Kabul representatives, last year’s parliamentary elections came to an end

However, the Afghan presidential election is scheduled to be held on 28 September of current year, and this is the third time the date has been changed.

In a meeting with the leaders of National Unity Government and members of the electoral commissions last week, U.S. State Department Bureau of South and Central Asian Affairs Principal Deputy Assistant Secretary Alice Wells stressed on timely, transparent and credible election. These developments indicate that there are serious concerns about the transparency of the presidential election and in the meantime, international community also emphasized on holding timely elections.

Current Situation: In addition to announcing the results of provincial parliamentary elections including the result for the capital Kabul, the Election Commission is also preparing for the presidential election, Ghazni parliamentary elections and provincial councils. Speaking to Reporterly, Abdul Aziz Ebrahimi, a spokesman of Election Commission said that “the commission was about to start a new round of voter registration for citizens on 16 May but this process is now about to start on 8 June and set to continue for 15 days.”

For upcoming elections, a budget of $132 million has been allocated but only 20% of the allocation has been paid by Ministry of Finance.

Meanwhile, The US representative for Afghanistan, Zalmay Khalilzad said in a tweet on 18 May that in addition to the peace efforts, preparations for the presidential election should also be held. “Peace and stability of the country is a priority to us. But efforts for peace do not hamper the preparations for a valid election in Afghanistan”, said Khalilzad.

Bottom line: Current development for holding the election are taking place at a time when, even after changes were made in the election commission, many problems and disputes that have attracted the attention of citizens still persist. Some officials and people say that holding the upcoming elections without using a biometric system for voter’s identification itself is violation of election law.

FEFA chairman Mohammad Yousuf Rashid told Reporterly that “cancellation of biometric system is a violation of the electoral law in which it is clearly stated that technology should be used in elections.” 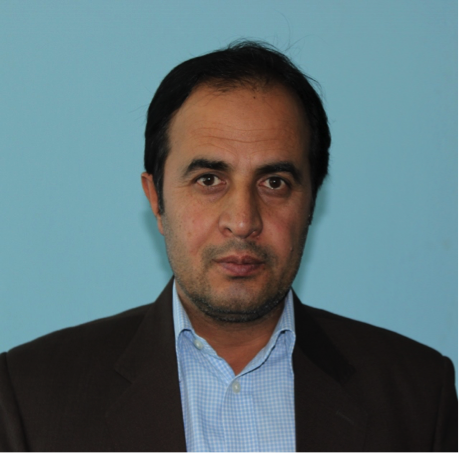 But IEC spokesman attributes the reason of not using biometric system to shortage of time, lack of required devices, less time for staff training and budget. According to some of the election supervisors, the weakness of electoral commission is a lack of coordination with other relevant institutions, something which the government also hasn’t paid attention to and haven’t questioned election commissions about.

FEFA’s chairman said: “The fragility and inability of the commission’s members have rendered changes at the start of new round of voter registration. Besides, key positions are left vacant at the commission and the international community still hasn’t given a clear commitment to fund election and which institution will fund or how much they will cooperate in the elections.”

Election observers also have said no consultation have been made with elections observation institutions and political parties.

Considering these challenges, it seems that if elections are to be held as per the acceptance of the international community and people of Afghanistan, the elections may not be held on scheduled time so as to be fully compliant with approval of the above parties.

Regardless of these, the Electoral Commission says it is determined to hold elections in coordination with the Afghan government.