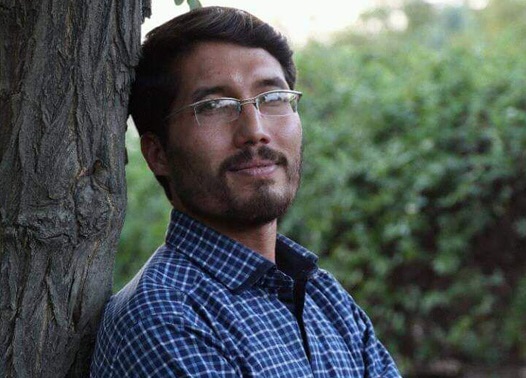 Life Filled with Turn and Twins: An Iran-based Afghan Immigrant with Dream to Witness Peace & Security

In the past several months, the Afghan peace talks have been the theme of conversation everywhere. The efforts have been focused to put an end in a war that has displaced millions, robbed people of their loved ones and made people suffer. Many Afghan citizens harbor the dream to witness peace and tranquility and hence they sincerely follow up with the developments of the peace talks.

Meanwhile, one of the Afghan refugees living in Iran, who had a bitter taste of war and immigration, authored a novel focusing on the axis of peace in another geographic area. His book was printed in English language in the United Kingdom.

Mahdi Tawasoli, who usually published his writings with the name of Mahdi Afarideh, is an Afghan immigrant and has authored the book Dependence Day. In this novel, Mr. Tawasoli has tried to portray a peaceful life story for his English readers from the point of view of an Afghan who experienced war.

In addition to doing full-day labor to make the ends meet, he decided to write a book in which he could describe the fatigue of war, the desire to witness the end of it from the perspective of an Afghan refugee. 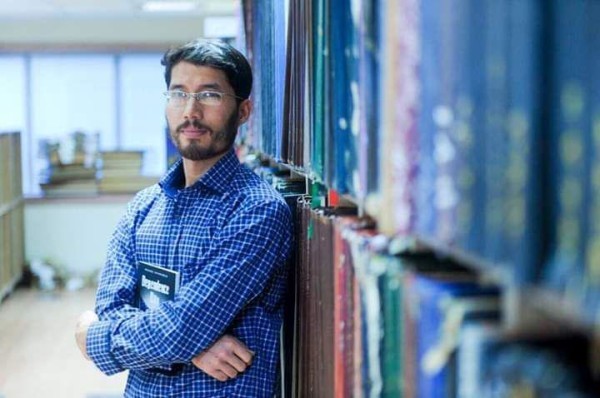 Mahdi Tawasoli who has usually published his writings with the name of Mahdi Afarideh, is an Afghan immigrant who authored the book Dependence Day

The sustained war and instability made millions of Afghans leave the country and become refugees. Mahdi is one of those Afghans who has spent much of his life in the world of immigration due to war.

“The story of the Dependence Day is an anti-war fantasy and the geography of its occurrence is in the United States,” speaking to Reporterly, Mr. Tawasoli said about the novel.

Mr. Tawasoli penned down his book and the next step was to get it published. He approached the officials of cultural affairs of Iran and also talked with his friends in Afghanistan. But the doors he knocked did not help him get the book printed out. The next option he chose was to get it printed by a publisher in the UK.

His book was published by a UK publisher in London and is now available on the Amazon website for € 5.99.

The author of Dependence Day book told Reporterly about the appealing nature of his book to the UK publisher: “There were two major things that helped get it published. The first motive was my attitude towards the issue of warfare and its implementation in a political geography which has not witnessed any conflict and tension in more than 250 years. And the second reason was that the book was written in English by a Dari native who had written his book in second at a level that writers craft their works in Europe.”

Voicing the Message of Peace

Even though Mr Tawasoli a published author now he is still a construction worker who subsists on a monthly wage of one and half million Toman to make the ends meet. In the light of the fact that, labor is much difficult and at the end of the day it doesn’t leave much energy to do other work, Mr. Tawasoli tries to write during the night. He is currently working on another book which is historical.

Mr. Tawasoli believed that by publishing his book, he could earn recognition for his future writing endeavour among writers, but Dependence Day still remains as an unknown work and has not received much support from the cultural community.

Every author is keen to get their work published. Though they may face failure and some of their books may not leave their homes, still the passion and the hope keeps them moving. That is true when speaking about Mr. Tawasoli. Even though his book did not draw much attention so far, still he writes and is inspired to continue authoring books.

“The hope is the motive that keeps us going even the going gets tough. My countrymen are tired of conflict and violence and the experience of relative peace in the recent years indicates that a better future is going to set sail for the people,” Mahdi said when asked about his motivation. 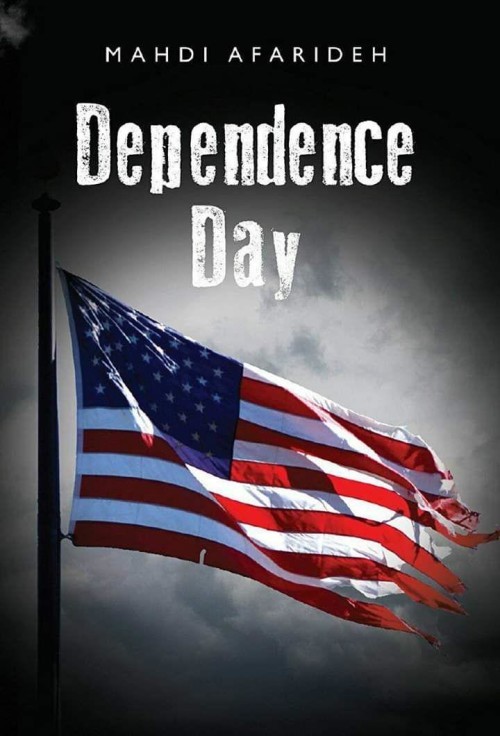 He sees himself as an emerging writer among Afghan writers. Through his work, he tries to inspire millions of Afghans living abroad and give them the message of peace and of an Afghanistan that can be peaceful as well as an amazing place to live.

Life Filled with Turn and Twins

Mahdi Tawasoli was born in Mashhad city, Iran in 1988. He grew up in a family of 10-members who has suffered great difficulties in immigration. Mr. Tawasoli is the 7th son of his family.  He completed school with emphasis on mathematics and physics. Mr. Tawasoli then received his bachelor’s degree in English Literature.

Like other refugee children, his childhood was marred with difficult moments. He lost his father as a child and in order to support his family, he had no option but to do manual labor. During his school days, Mahdi had to quit school due to financial problems, but a year later, he could join school again and pursue his studies so that it could help him witness a shift in his life.

Sometimes problems pile up and life gets tough. Leaving school due to financial difficulties was not the only sacrifice he had to make. He had to leave university too because of the same problem.

When he could not pursue his studies, he started learning English language and at the same time began the journey of writing.

His attempt was to craft his writing in English language and through that he hopes to express the narrative, the challenges and opportunities of an immigrant’s life with a focus on peace. This is the journey that he has taken the first steps and will need minor kicks from cultural community, artists and activists so that he be able to take major steps in his writing journey.