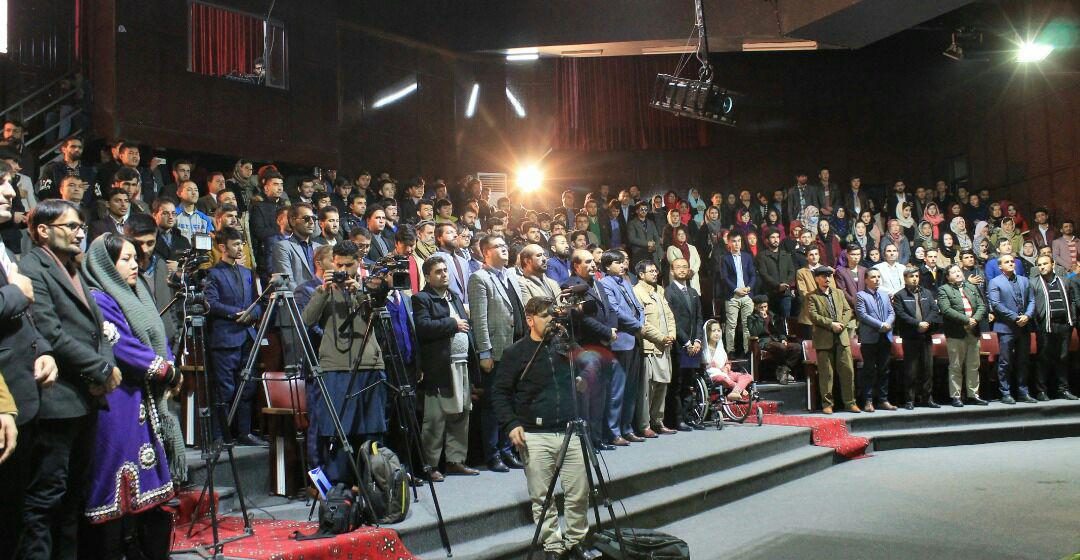 A number of Afghan youths have come up with a creative initiative and held the “Nation-Wide Peace Poetry and Art Festival” in Kabul on Thursday to support the 19 year old Afghanistan’s achievements, reinforce the sense of hope among youths and support peace and security forces through arts.

The festival, according to its organizers, has been initiated by the “Shayan Media Services Company” in collaboration with a range of cultural organizations, youth and in partnership with the Ministry of Education, Ministry of Higher Education and other relevant governmental and cultural institutions.

“In the current situation of our country, we felt that we had to hold a national poetry festival to raise the voice of the people for peace in the fight against extremism and extremist mentality of the youth and to support the security forces, as well as to strengthen the sense of hope for the youth of Afghanistan,” Zaki Shahamat, Director Shayan Media said in an interview with Reporterly.

According to Mr. Shahamat, the festival, held at Kabul University on Thursday, was the first of its kind. The youths from Kabul and several provinces around Kabul had submitted their work to the festival’s secretariat. Their works have been reviewed which included works of Pashto poetry, Dari poetry and paintings.

Regarding the festival, Mr. Shahamat said, “The people’s warm welcome was more than what the organizers had expected where more than 400 people have attended.”

He noted that about 300 poems and paintings from Kabul and other provinces’ participants have been reviewed by the judges of the festival. 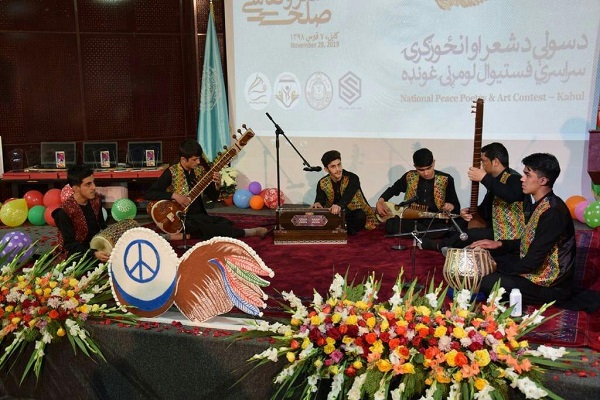 A number of Afghan youths have come up with a creative initiative and held the “Nation-Wide Peace Poetry and Art Festival” in Kabul on Thursday to support the 19 year old Afghanistan’s achievements, reinforce the sense of hope among youths and support peace and security forces through arts

“Among the participants, there were three winners in Pashto poetry, three winners for Dari and three others for paintings. Three young poets, Mahtab Sahel, Ramin Mazhar and Shafiqa Khapalwak, and a young painter, Robabah Mohammadi, were also awarded in the festival,” Mr. Shahamat said.

Conditions for attracting the talents

In this festival, the poets and painters who were not over 35 years old could participate and share their works with the topics such as peace, support of security forces, combating extremisms, and future of Afghanistan.

Provincial gatherings for the Festival

Speaking about the gatherings of the festival in other provinces, Mr. Shahamat said the festival has seven gatherings, the first of which was held in Kabul and will be followed in Bamyan, Balkh, Herat, Kandahar, Nangarhar and Badakhshan provinces. At the end of the festival, the selected works of poetries and arts will be published in the framework of a special book.

According to him, the book will be circulated for 10,000 copies by the Shayan Media and distributed free of charge in schools, universities and cultural centers in the provinces.

The entire collection of poetry and paintings by Afghan youth will focus on festival themes. The aim of the book is said to be for promoting and expressing the message of peace, supporting the security and defense forces, hoping for Afghanistan’s future and the need for reconciliation.

Shayan Media Services is an independent entity dedicated to research, analysis and media services which works for over five years and has previously had programs to reflect people’s voices which the biggest one was this festival.