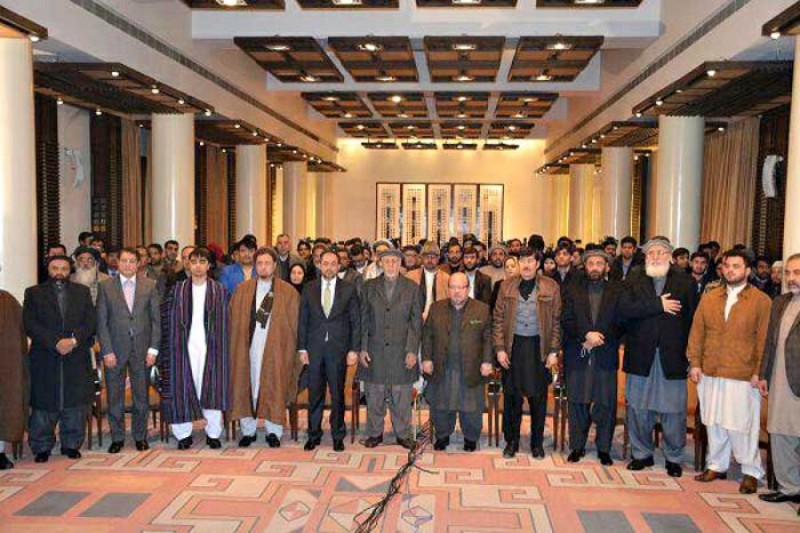 Several Parties are Okay with the “Interim Government” Idea. How Reasonable is it for Afghanistan?

The political office of Ata Mohammad Noor, a political figure and executive director of the Jamiat-e-Islami Party of Afghanistan, has stated that “the interim government plan does not mean ‘returning’ to 17 years ago, but a transition from the present disarray to a bright future.”

Deputy Director of the political office of Mr. Noor, Mortaza Jalali, said that the plan was proposed by Mr. Noor in coordination with Afghan political leaders before being considered and announced by the Americans.

“Mr. Noor and a group of leaders believe that the current government and the Afghan Independent Election Commission do not have the capacity to hold a transparent and fair election that is acceptable to all segments of society,” Mr. Jalali said. “We have witnessed an example of the incapacity of the government and the election commission in holding the parliamentary elections.” Mr Jalali said.

Mr. Noor’s political office also has conditions laid out for the interim government. “The interim government, shall be established for a two-year period, and the one in charge of it will not be eligible for nomination in the upcoming election. The in-charge will have all the key tasks in these two years to take care of” Mr Jalali explained.

Modification of the electoral system whilst replacement of the Commissioners, the conduction of the Loya Jirga sessions as well as constitutional amendments, and establishment of prime ministerial position with three deputies are among the main duties of the interim government over the two years of its administration. 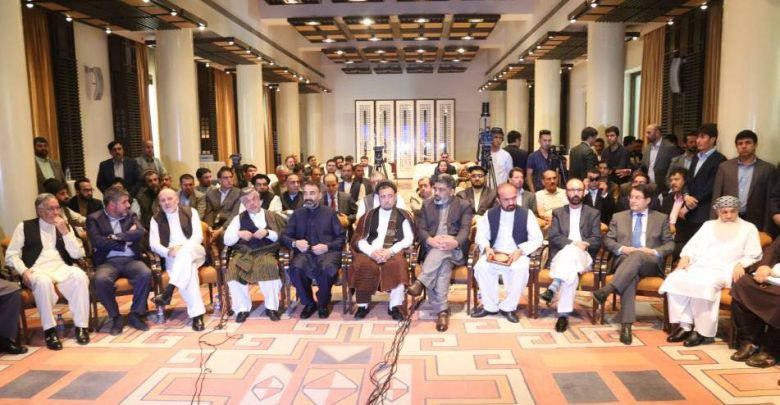 A number of Afghan political parties and figures believe that if the suspension of elections or the formation of an interim government is a chance at lasting peace in Afghanistan, they will agree with this plan.

It is said that Salahuddin Rabbani, leader of the Jamiat-e-Islami Party, has agreed to form an interim government with Zalmay Khalilzad on the condition of “guaranteed peace”.

On the other hand, the Grand National Coalition also considered the proposal of Washington to postpone the presidential election or to form an interim government, provided that peace is ensured in Afghanistan.

Head of the political committee of Grand National Coalition, Mohammad Nateqi, expressed that “if the interim administration or the delay in elections helps us achieve a comprehensive peace, we would welcome it. However it is not acceptable that they keep massacring in several parts of the country and displace people, while claiming that they’re making peace. ”

However, Shahazada Massoud, a close associate of former Afghan president, Hamed Karzai, insists that holding elections in such a situation is not in the best interests of the people of Afghanistan. “There is not much time left for the end of this government, so it’s good to have an interim office acceptable to all sides. They [interim government] would be able to think of a transparent and all-encompassing election,” he said. 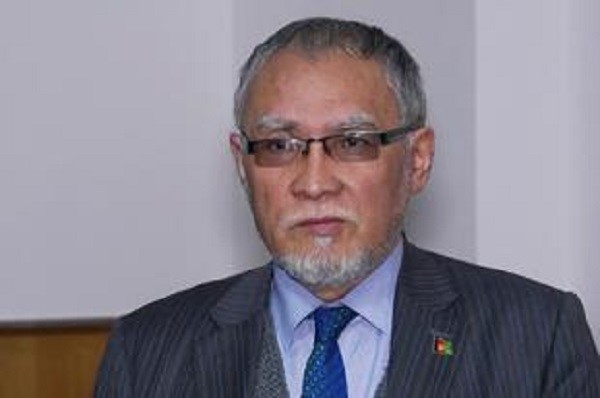 A number of political experts and activists are branding these options as unreasonable in response to the plan to form an interim government and suspend the presidential election due to the end of the Afghan eighteen-year war. They emphasize that its implementation could raise questions about the legitimacy of the political system.

Mohammad Jawad Rahimi, a political expert, pointed out that unless the insurgents are not forced to accept peace, sharing the government with them is an appeasement policy.

“The main thing is that we are seriously looking forward to peace and stability in Afghanistan,” said Mr. Rahimi, “but unless peace talks are held from a strong government stance, and the insurgents are not forced to accept peace, delaying the election and any other action, appears to be nothing other than appeasement and merely losing the opportunities, ” said Mr. Rahimi.

He emphasizes that it may be very “unwise” that while the insurgents kill hundreds of our people, target civilian and military institutions and commit hundreds of crimes, we postpone the election for them.

Meanwhile, a number of members of Mishrano Jirga (upper house of the parliament), referring to Zalmay Khalilzad’s meeting with Afghan political leaders, feel that the peace process should be exposed from within the closed rooms.

“Afghanistan needs to end the war and provide lasting peace, but the Afghan people do not know at what points the United States would settle in negotiations with the Taliban,” said Afghan Senate Deputy Speaker, Mohammad Alam Izadiyar at a general meeting on Tuesday, November 13.

Another member of the parliament, Zalmai Zabuli, says that “Mr. Khalilzad is going to the house political leader discussing the Afghan peace, but the people and representatives of the Afghan people have no information about the peace process, which is questionable to the Afghan people.” 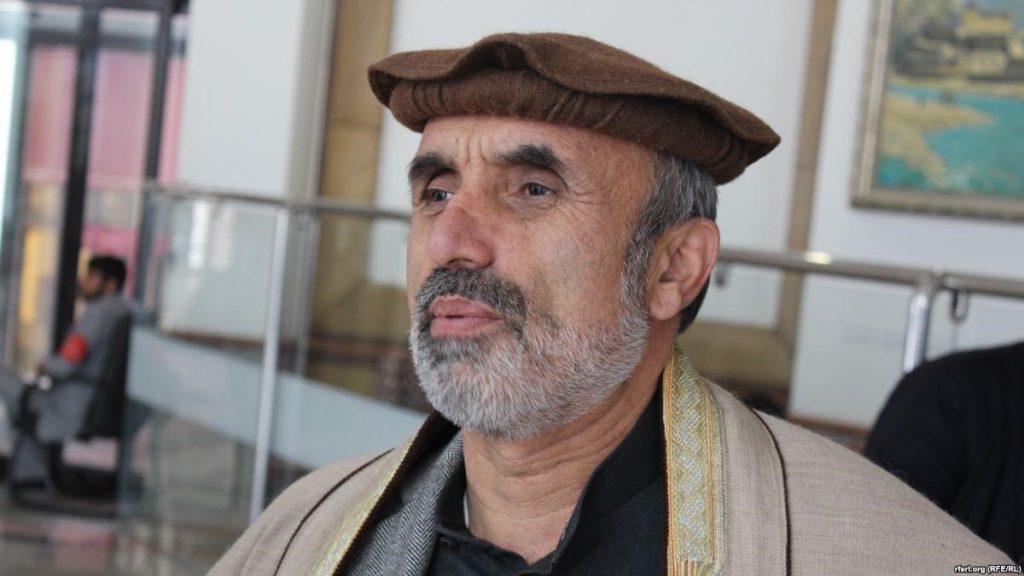 It is rumored that the United States wants to suspend the presidential election so as to not disturb the peace process. “If this decision is taken after an agreement with the Taliban, only then it would be reasonable, otherwise not.” Mr. Zabuli said.

Washington Responds: “We are committed to holding elections”

Along with a set of positive and negative domestic attitudes toward the idea of ​​establishing an interim government in Afghanistan, in response to reports on Washington’s proposal to suspend the presidential election in Afghanistan, the US department of state spokesperson Heather Nauert clarified at a press conference on Wednesday that “Washington is committed to the election process and any decision to move out the date would be at Kabul’s discretion”.

Pointing to the visit of US Special envoy for Afghanistan’s Reconciliation, Zalmay Khalilzad to Kabul, she said that Mr. Khalilzad has visited twice, which reflects the commitment of US towards lasting peace in Afghanistan.

Ms Nauert said that Washington hopes to provide a ground for an agreement for lasting peace between the Afghans and the Taliban.

“Our officials have consistently said that the solution to Afghanistan is not military. Ambassador Khalilzad has been hard at work. I think he’s spent more time on an airplane or traveling overseas than he has back in Washington in the past month and a half or so since he’s taken on these duties. I can tell you that our support for an Afghan-led, Afghan-owned peace process is our policy,” she added. 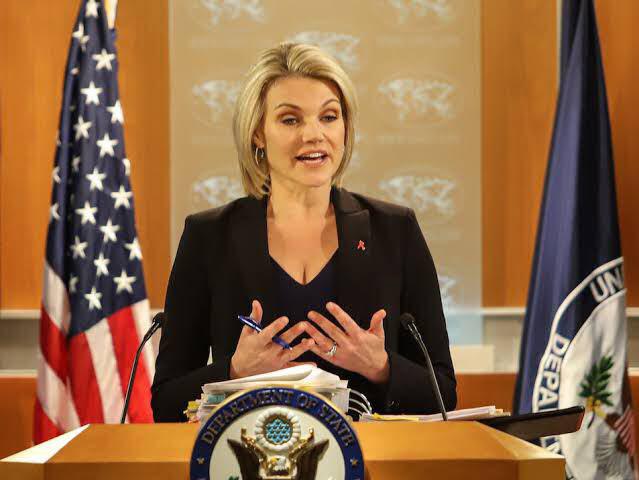 The Wall Street Journal wrote on Saturday last week that the United States is reviewing the option to postpone the Afghan presidential election. This plan appears to be linked to Washington’s six-month opportunity for Khalilzad.

But the government of Afghanistan rejected these claims promptly, and spokesman to Ashraf Ghani said the Afghan Government is fully committed to hold the 2019 presidential elections as per the Afghan constitution, and the date determined by IEC.

” Continuity in a democratic process is a must and any other proposal than the will of Afghans which is outlined in our constitution is simply not acceptable,” said spokesman Haroon Chakhansuri on his Twitter account.

On the other hand, Abdullah Abdullah, the Afghan government’s chief executive, has also clarified that “the Afghan government, election commissions, Afghan partners, the United Nations and international institutions are working together to ensure that the presidential elections are hold in a timely, transparent and credible manner. “