In the face of the war and unrest in Afghanistan, most of the Afghan youth shine inside and outside of the country representing their people and society. Afghanistan’s Iron Man who has now become one of the actors in Indian Cinema Industry is one of the examples who has grown up after the fall of Taliban. Sancar Gunes is also a shining instance of Afghan youth who has been able to start a journey that seems out of the question for many people. He has recently entered Turkish Cinema and play a role in a Turkish series “Qiyam”, the much-liked TV series in Afghanistan.

In life, some developments bring a positive shift despite the fact that it may not be revealed at the very beginning. While Sultan Sancar Gunes was in fourth year of medical university in Mazar-i-Sharif, he made up his mind to leave Afghanistan and pursue his medical studies in Turkey. Sultan’s life experienced a shift and instead of continuing medical school, he entered the world of cinema.

Sancar Gunes, son of General Mohammad Kamal Gunes was born in Andkhoy district of Jawzjan province in 1996. He is from Turkmen ethnicity. His father is a Maj. General and his mother is a homemaker. Mr. Gunes completed his school in Jawzjan province and has spent eight years in Turkmenistan. 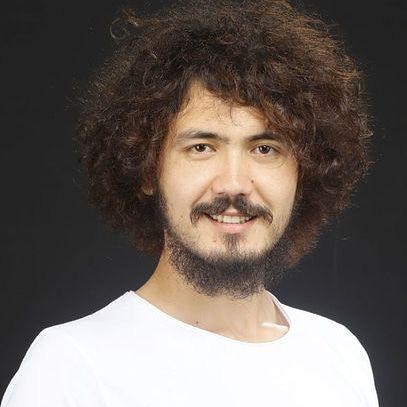 Sancar Gunes son of Gen. Mohammad Kamal Gunes was born in 1996 in Jawzjan

After arriving in Turkey, he couldn’t manage to enter university because he was robbed of his documents, education records and other things during his stay. Therefore, he had to start a job as a waiter in a restaurant.

Little things count and sometimes they open up the path filled with turn and twists, yet they are promising. The work at the restaurant helped Sancar start his acting journey in Turkish Cinema. It was the restaurant where he got to know Golkot, one of the actors of Qiyam drama. Sancar spoke about Afghanistan and how much the series is liked by the people.

He asked this famous Turkish actor to help him play a role in the TV show series and actually succeeds in that, as currently, Gunes plays the role of Bozargan in Qiyam opera.

After obtaining Turkish residence visa in the country, Suncar played in seven Turkish series and one movie. He is fluent in four languages of Turkmeni, Kyrgyz, Uzbeki and Persian. Mr. Gunes is also a translator and recruiter for who those who play roles of Mongol.

At the beginning of the series, Mr. Gunes was a fan of Turghul, but later because of his appearance and language skills, he was asked to appear with Mongols in the series. Now, he plays an antagonistic role in Qiyam series. In addition to playing the above role in Turkish Cinema, he also pursues his studies in the field and aspires to earn a degree. He is not married and is much fond of sports.

Speaking to Reporterly, Sultan Sancar Gunes said: “Turkish cinema is one of the best cinemas in the world and Turkish series have their fans worldwide. Even though I am an Afghan, but Turkish people like me since I can speak their language and am able to communicate with them.”  Mr. Gunes likes to play the protagonist role in the series but has the abilities to play in both roles.

“I have just taken the first step of a longer journey. I would like to make a film in Persian about Afghanistan that narrates the motives which prevent girls from going to school and why there is war in the country.” Mr. Gunes said when asked about his future plans and endeavor.