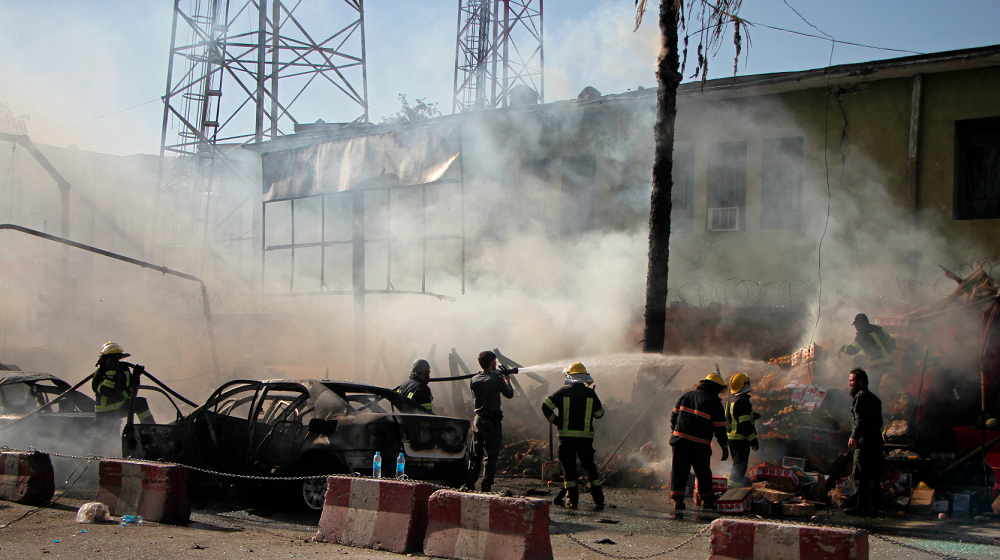 Since the beginning of the registration process for Afghan parliamentary elections in April this year, more than 36 security incidents have been recorded that have either targeted the voters or the candidates or their supporters.

Khabarnama estimates show that these security incidents in the past five months have had about 410 victims, 139 out of which have been deceased and 271 others have been injured. Most of the victims have been civilians, including eight candidates who were killed in the attacks.

Saleh Mohammad Akhakzai was a candidate for parliamentary elections from Helmand province who lost his life on Tuesday, October 9th, in a suicide attack in the center of the province.  In the attack on Mr. Ahakzai’s electoral rally, eight people, including Mr. Akhakzai, were killed and 11 others were injured. 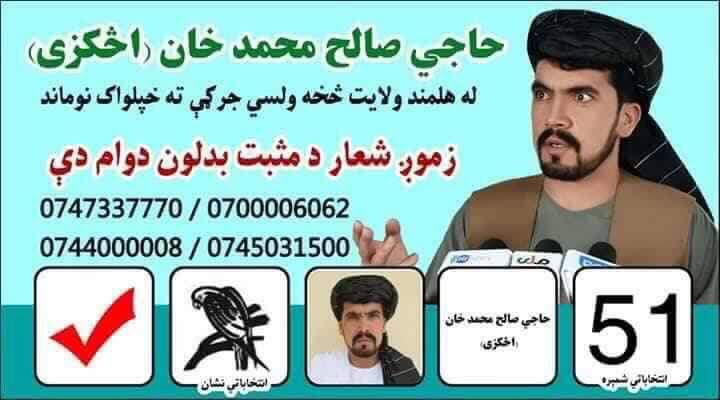 NaserMobarez was one of the candidates for the House of Representatives from Kandahar province, who was shot dead by an armed assault by unidentified people.

Jalal Salehi, a candidate for the House of Representatives from Kabul, was killed during a security operation in Shakardara district of Kabul. Details about his killing have not been provided.

Anwar Niaziwas, another candidate for House of Representatives was targeted by a magnetic mine and was subsequently killed in the Shirpur area of ​​Kabul city. Four others were also were injured in this incident.

A suicide attacker in Roodat district of Nangarhar province targeted a car carrying Haji Hayat Khan, an influential candidate and a tribal influential figure in the province.

Hayat Khan was killed in the attack along with a driver and two guards, who was allegedly attacked by a motorcycle.

The body of Haji Dawud, a possible candidate for the House of Representatives from Ghazni, was found dead in a hospital in Ghazni two weeks ago. Haji Dawud was abducted during the Taliban attack on Ghazni and then killed.

Sayed Obaidullah Sadat was another possible candidate for parliamentary elections in Ghazni Province, but was shot dead two months ago by unidentified gunmen in the city of Ghazni.

Awtar Singh Khalsa, one of the prominent figures among Afghan Sikhs, was killed in a suicide attack in the city of Jalalabad in July of this year.

Awtar Singh was the only nominee for the Afghan Sikhs for this year’s parliamentary elections, and was named on the primary list of House of Representatives candidates. At least 19 people were killed and 20 others injured in the same suicide attack.

On Wednesday, October 10th, one man was injured as a result of the explosion of an embedded landmine in the office of parliamentary candidate, Mohammad Anwar Bashliq, in Andkhoyi district of Faryab Province.

The explosion occurred in Qarghan area of the district, when Mohammad Anwar Bashliq was not present at his office.

Last week, as a result of a suicide attack on an electoral rally of Mr. Mohmand, 21 people were killed and 40 others were wounded in Kamah district of Nangarhar province, but Mr. Mohmand himself was not present at the time of the explosion.

Last week, during a security check of a parliamentary candidate, Ataullah Sapai, 3 of his associates were killed. The incident occurred in the Sherlu area of ​​Narang district in Kunar province.

Last week, security officials reported that anonymous persons threw two hand grenade on the house of Mr. Ariayi, who is the head of the Electoral Complaints Commission.

Kabul Police spokesman, Basir Mujahid said that at around 1 am, two hand granade were thrown at Mr. Ariayi’s house and the perpetrators were also unidentified people. According to the Kabul police official, nobody was injured in the incident.

In August, a suicide bomber detonated himself near the entrance of the Independent Elections Commission (IEC), after being identified by security forces.

According to Afghan security officials, the attacker’s target was the gathering of protesters near the IEC office. In the attack, a policeman was killed and another police personnel, injured.

23 other incidents recorded during the registration process

In addition to the 13 elections-related incidents during the 3 months of late 2017 and early 2018, 23 other electoral incidents took place during the registration process for parliamentary elections during April and May, 2018.

The United Nations Assistance Mission in Afghanistan (UNAMA) reported in May 2018 that since the beginning of the voter registration process, 23 election-related security incidents have been recorded between April 14th and May 12th.

UNAMA has insisted that these security incidents involved 271 civilian casualties, including 86 deceased and 185 injured. The report says that most of the victims are those who were killed and wounded at a Tazkira distribution center in western Kabul on the April 22nd. According to UNAMA, the suicide attack has claimed about 198 civilians, including 60 deceased and 138, injured.