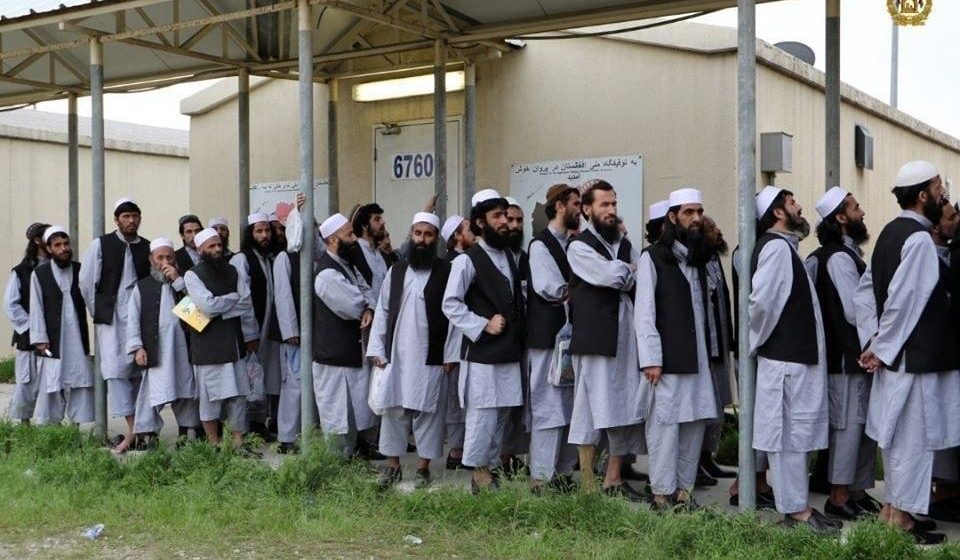 Taliban Have Broken their Oath; Mali Khan’s Return to the Battlefield and the Continuation of Pakistan’s Sanctuary Policy

Rahmatullah Nabil, the former head of Afghanistan’s National Directorate of Security (NDS), wrote on his Twitter page on Saturday that Haji Mali Khan, Anas Haqqani’s uncle, was released during talks with the Taliban along with Anas Haqqani from Bagram Prison.

They have returned to Pakistan and are directly overseeing Haqqani Network’s operations, logistics and organizational activities, so this is a violation of his release agreement.

The Release of Taliban Prisoners

The release of Taliban prisoners from Afghan prisons has been one of the pledges made by the United States to the Taliban in the Qatar Peace agreement. But in recent weeks, this has become one of the topics of discussion and tension between the three sides of the peace talks.

In the days leading up to the signing of the US peace agreement with the Taliban, President Ghani announced at a press conference that the Afghan government had no obligation to release Taliban prisoners.

Tensions between the Afghan government and the United States have escalated to the point where US Secretary of State Mike Pompeo visited Kabul to warn both sides of the political crisis in Kabul and urges President Ghani to urgently release Taliban prisoners; otherwise, they would cut off $ 1 billion in aid to Afghanistan.

However, the process of releasing Taliban prisoners began this week, and according to President Ghani’s decree, the health, age and length of their remaining sentences, as part of efforts to bring peace and control of Corona, are in their third phase which up to now 300 Taliban prisoners released.

However, the Taliban do not see the release of prisoners in the Afghan government as in line with the principles of the peace agreement with the United States, and emphasize that the Taliban prisoners should have been released earlier and the ground for favorable Afghan negotiations.

Meanwhile, the Taliban have made no practical commitment to return the group’s prisoners to the battlefield.  Therefore, the risk of the return of released Taliban prisoners remains high.

Given that the return of insurgents to the battlefield is a major threat to Afghanistan’s national security, two basic steps need to be taken. First, the United States must hold the Taliban accountable for their released prisoners. This requires foundational mechanisms.  At the same time, there is a need to put pressure on Pakistan to end its strategy of providing sanctuary to insurgents and their leaders.

According to Rahmatullah Nabil, Mali Khan has now returned to Pakistan and resumed his activities. As long as this Pakistan’s strategy continues, it is unlikely that there will be a significant change in the equation of the war in Afghanistan and the fight against terrorism and insurgency in this country.