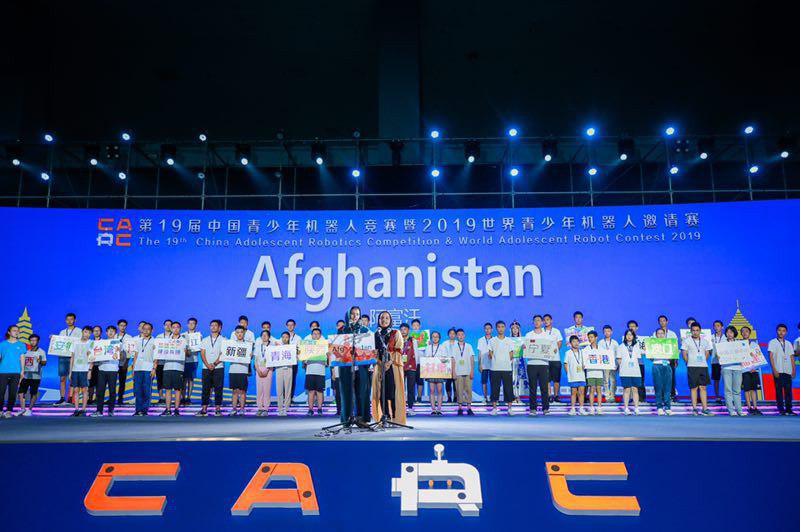 Tawhid Girls Robotic Team; Will the World Recognize Afghanistan With the Robotic Girls?

The Tawhid Girls Robotic Team had participated in World Adolescent Robot Content (WARC) in China. The team is the only Afghan team that participated in the competition. The World Adolescent Robot Contest 2019 was held in southwest China’s Chongqing Municipality, gathering 113 teams and 319 students from 30 countries and regions. They traveled to China on Sunday 11 August.

Many teams from Afghanistan have participated in the International Robotics Contests across different countries of the world. Herat’s Tawhid Girls robotic team from the western part of the country had participated in such a competition for the first time.

What truly sets them apart from other teams and countries is how they got there and where they came from. They represent a country whose citizens live a life shaped and influenced by violence. The population, especially women and girls did not have the opportunity to arm themselves with education and advance in the fields of science and technology. Other factors like persistent poverty and violence, and lack of financial support make competing in international competitions close to impossible for the vast majority of Afghans. But the achievements of the Afghan Robotic Team mirrors the fact that a tremendous shift happened despite the challenges they faced.

Last year, the Afghan Girls Robotics Team was a newsmaker. They first made headlines when encountered a unique obstacle, after making the 500-mile journey from their native Herat to the U.S. embassy in Kabul, they were denied visas for the United States. Following that, a team comprising children from primary school traveled from Kabul to Iran.

The 10th year of the World Adolescent Robotic Contest was held in Chongqing city of China in which 30 countries participated. To qualify for the competition, each team had to send a clip depicting the robots they already made to the organiser. 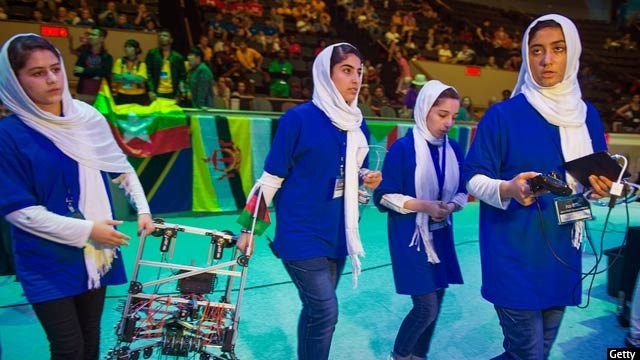 Then the organising committee evaluated their work based on the requirements of the competition. Tawhid Girls Robotic Team after the due process, qualified to participate in WARC.

Tawhid Girl’s Robotic Team had been preparing for this contest since 2016. The team which consists of 18 people had previously participated in two rounds of the training course which was part of World Robot Olympiad. Later, a competition was held among them and 3 girls from Tawhid School won 1st, 2nd and 3rd positions and made it to the competition.

Zhinos Behrozyan, Fariwar Qazizadah and Mehrana Ahmadi, students of Tawhid school and members of Tawhid Girls Robotics Team were led by Engineer Mohammad Reza Rezaee, who is the head of Afghanistan Robotic House. This team then traveled to China. 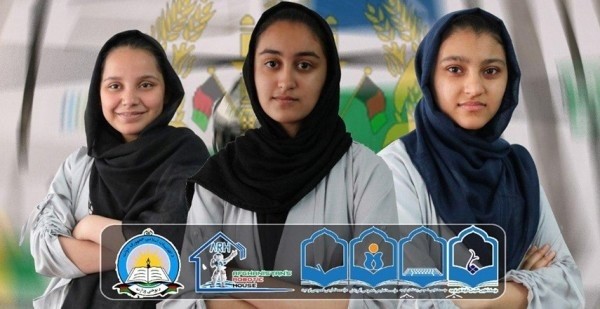 The Pedagogy Of Robotics

The team has received training in Afghanistan Robotic House. They have also undergone other training programs since last year in Tawhid school of Herat province.

The team experienced its first international competition exposure last summer in Uzbekistan. It achieved the 4th position in a contest in which 60 teams from 5 countries had participated.

This is not the first time that a team from Afghanistan Robotic House participated in such a competition. Before this, four members of the Afghan Girls Robotic Team who had received training from school had participated in international robotic competitions.  Later, the primary students of Tawhid school and Afarenish school- which is a branch of Tawhid in Kabul- had also participated in the competition in Iran.

Afghanistan Robotic House was established 9 years ago which has specialists in the field who completed their studies abroad and now transfer their knowledge and skills to other national coaches, so that they teach students how to start the journey of making robots.

Tawhid school has branches in Kabul, Balkh, and Herat, and teaches the students of primary and secondary school basic robotics.  But during high school, the students have the choice to either not attend classes on the field or receive special training to dive much deeper through the journey.

“The aspiration and goal of Tawhid school, which created robotic programs in Afghanistan for the first time nine years ago were to play a promoting role in the field of science by teaching the students new skills and ideas of how to make robots,” said the in-charge of Tawhid school.

Now robot lessons are taught to 15000 students of all branches of Tawhid school which are in Kabul, Herat and Maza-e-Sharif. The classes happen once per week for two hours.

The teachers expressed satisfaction about the interest of the students in the field saying that the students like the time they spend on studying the subject. 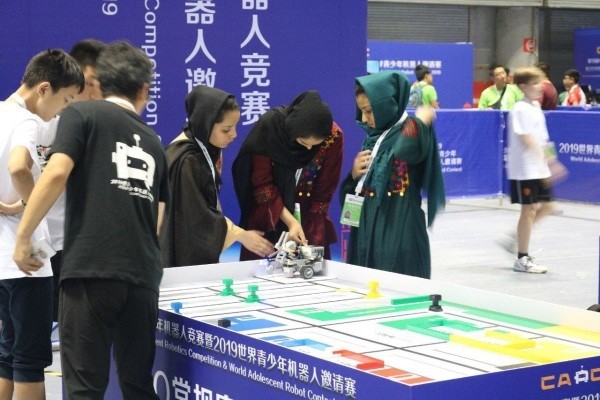 Tawhid Girls Robotic Team experienced its first international competition exposure last summer in Uzbekistan. The team won the 4th position in that contest in which 60 teams from 5 countries had participated

The school attempts to circulate this program around the country. Apart from the lessons during school time, they offer courses for others interested in the field during winter break.  In the meantime, Afghanistan Robotic House has 25 teachers and 4 coaches in Mazar-e-Sharif, 4 others in Kabul and few more in Herat.

In the six rounds of competition held in Iran, the school has been able to send 21 people and has even managed to win 10 medals so far.

Participating in World Adolescent Robot Contest is a diverse experience for the members of this team. “Experience, facilities, chance and hard work are the ingredients to win in these international competitions,” Mr. Rezaee said.

Mr. Rezaee has taught as a teacher in Tawhid school for 11 years. In the past three years, he served as the general manager of Afghanistan Robotic House. Currently, he runs the work of Robotic House in Kabul, Mazar-e-Sharif and Herat cities. Besides, in international competitions, he heads the teams that participate in those contests. 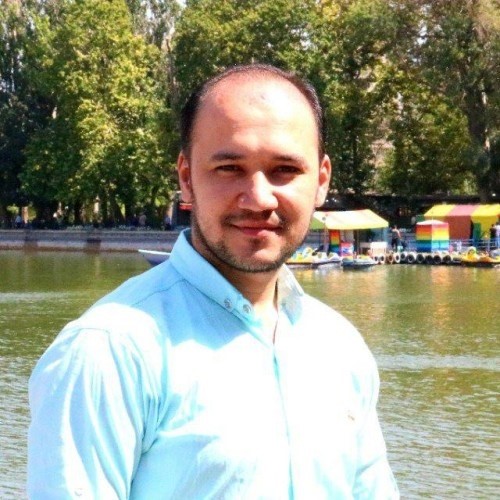 The Afghan team would try to win a position, but it may be too early to get there considering their limited resources. But the team expresses hope to qualify for the honorary medal and participation in the Hungary Robot Competition.

Speaking with the members of the team, I could feel their excitement from the other end.

“We give our best to raise the flag of Afghanistan among 30 countries of the world and we came to shoot that in the competition”, Zhinos Behrozyan, a member of the team said.

Fariwar Qazizadah, another member of the team said: “Competitors are amazed when they see us taking part in such big events especially to see an all-girls team.It makes our heart so happy to represent our country at the international level and bring pride home”.

“Considering the improvement and achievements of different Afghan Robotic Teams in various age groups, I envision that someday Afghanistan will get the chance to be recognized as a country that is professional in making robots,” Mehrana Ahmadi said.

The materials used in these competitions help the participants in improving their theoretical and practical experiences of robot making. These competitions have strict criteria so that the students compete, and achieve top positions.

Making Way Through The Challenges

For the first time, the robotics students entered international competitions in 2016 where they faced many challenges, but the most difficult one was the financial part.

Even though Afghan Girls Robotic Team had the sponsorship that helped them participate in international competitions, the rest of the robotic teams attended the competition on their own. 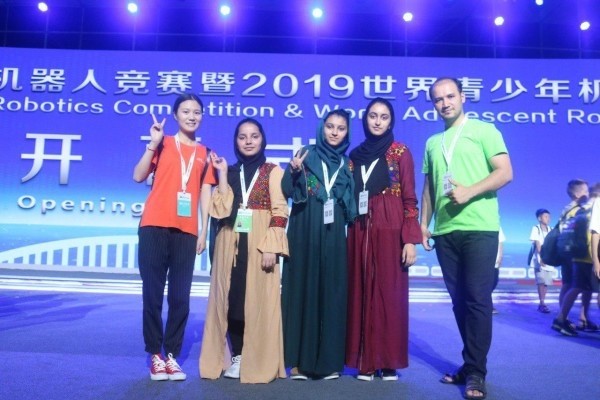 For the first time, the robotics students entered international competitions in 2016 where they faced many challenges, but the most difficult one was the financial part

Afghanistan Robotic House tries to cater to the students by providing the materials and resources they need in the field.

“We have received moral support by the government which inspired us to improve and expand, but at the end of the day what matters is the financial support that gives us the ability to have more resources at hand to work and gain more achievements,” Mahmood Rezaee said.

Mr. Rezaee said that security and travel expenses are the big challenges and added that if the robotics students are not able to compete and win medals, they might not even be able to qualify for Hungary Robot Competition.

Fortunately, the Afghanistan Robotic House after gaining the positive ratings among all participating teams and bagging the 27th position in the World Adolescent Robot Contest (WARC) 2019 in China, succeeded to qualify for the World Robot Olympiad Association in Hungary.

This achievement will infuse the team with confidence to place more efforts in the light of the fact that they do not have the resources others have. But they are equipped with the belief that hard work pays off and therefore, they keep trying to achieve, inspire and make Afghans proud at the international level.

Fortunately, Afghanistan Robotic House after gaining the positive ratings among all participating teams and bagging the 27th position in the World Adolescent Robot Contest (WARC) 2019 in China, succeeded to qualify for the World Robot Olympiad Association in Hungary.