The complexity of the war in Farah & Disillusionment Towards Central Government

During the last two weeks, Taliban attacks have intensified in the city of Farah and several districts of the province, and heavy clashes have taken place between the government and the Taliban. Local officials are worried about the fall of the province for the third time.

A number the Farah Provincial Council members say that at least one or two police outposts have fallen in the province each night and a large number of security forces have also been killed and wounded. According to them, if the central government does not pay close attention to the situation in this province, Farah will fall for the third time in the hands of the Taliban.

They explain that the Golistan, Balabuluk and Khak Safid are falling and there are still high security threats in the 10 other districts of the province. The statistics from these provincial council members indicate that more than 100 soldiers have lost their lives in a conflict with the Taliban in Farah province last week.

Shahla Abu Bakr, a member of the Farah Provincial Council, said: “Farah province has fallen twice in the hands of the Taliban, if this time it is not taken into consideration again, the province will fall for the third time to the Taliban.” More than 90 security forces were killed in the province only during past two nights. The number of casualties in the province may even reach 100 to 150 people, according her. 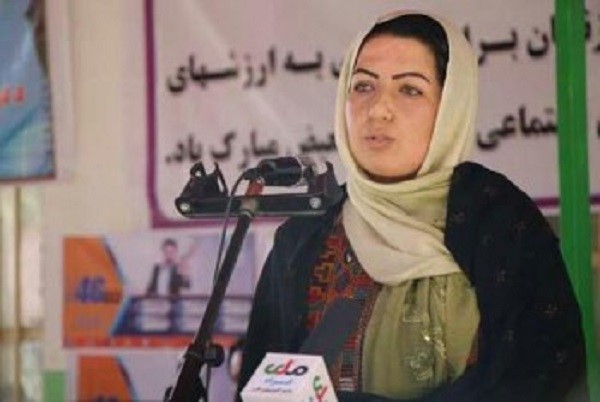 The Onset of Offensive Attacks

According to Juma Khan, the acting governor of the Khak Safid district, the Taliban killed at least 30 local police and 6 civilians, including two children and one woman, in Khost village.

The Taliban continued their attacks towards the center of the province after a bloody attack in the district of Khak Safid. Taliban fighters also attacked areas of “Bagh-e-Naw” and “Bagh-e-Pul”, which are located on the outskirts of the city of Farah and called the gates of Farah city on last Monday November 12.

These areas witnessed several hours of heavy clashes between Taliban fighters and security forces. According to local officials, the clashes left casualties in which two soldiers were killed and three others were captured.

On Wednesday, November 14, Taliban forces once again entered the center of Farah province. With the Taliban’s penetration into the city of Farah, the second largest city in western Afghanistan, hundreds of people fled to Iran from this frontier city. The spokesman to Farah governor, confirming the incident, said that the main problem of the government forces in this province is a shortage of forces and military equipment.

The war in Farah province was predominantly concentrated in the Balabulak and Poshtkoh districts last week. Security officials in Farah province said at least 34 Afghan police officers were killed in the clashes between the security forces and the Taliban in these two districts, including the police chief of Khak Safid district of Farah province. In the clashes, 9 were injured and 12 others have also disappeared. 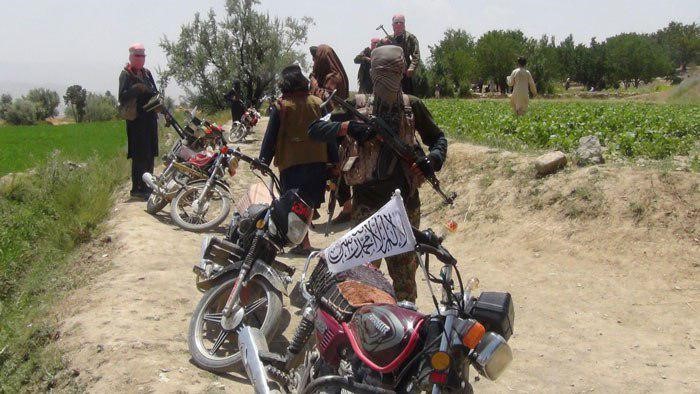 Infiltration & Reason Behind Surge in Casualties

Some members of the Farah Provincial Council point out that the existence of infiltrators among the police is one of the main reasons for the increased casualties of the security forces.

Gul Ahmad Faqiri, a member of the Farah Provincial Council, told Reporterly that the reason behind the incident on Thursday, in which dozens of our soldiers including the police chief of the Khak Safid district were killed, was the existence of infiltrators among these security forces.

“The incident took place when a number of ANP officers linked to the Taliban had prepared the ground for the Taliban to kill their fellow soldiers at night and then fled with ammunition and weapons,” Mr. Faqiri said.

He added: “A number of his (police chief of Khak Safid district) soldiers plotted with enemies against their fellows and poisoned them during the night. After that, the enemy attacked and killed more than 30 soldiers. “

However, Farah police officials assured that NATO’s Resolute Support forces will soon begin military operations in the province in coordination with the commando units.

Farah Police spokesperson, Mohebullah Moheb, said on Thursday that at least 40 Taliban militants were killed in a clash with Afghan security forces during a Taliban attack last week on a number of districts including Qala-e-Kah and Poshtrud. 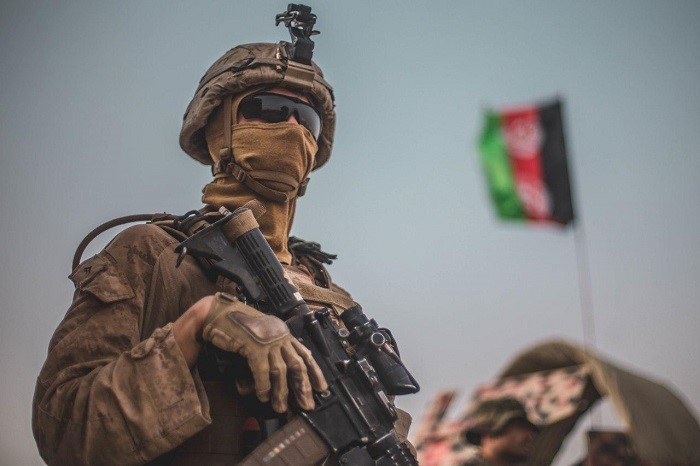 He also said that Afghan forces on Friday and Saturday (November 17 and 18) had serious advances in a number of districts killing and wounding dozens of “enemies”.

Mr Moheb denied the possibility of the fall of Farah province by the Taliban and stressed that the conditions will soon be changed in this province and security will be provided.

The captivity of 90 security forces

Local sources in Farah province say that more than 90 security forces in Khak Safid district, including two local police commanders, have been under siege of Taliban over the past few days and were captured by the Taliban because of the lack of reinforcements.

Khair Mohammad Noorzai, a member of the Farah Provincial Council, said that these local police forces were captured by the Taliban in the Khost area of Khak Safid district, due to lack of combat facilities and reinforcement after two days of siege. According to him, two local police commanders are also in captivity.

Balabuluk, Poshtrud and Poshtkoh districts of Farah province were also targeted by Taliban attacks on Friday night. More than 40 security forces have died during the clashes, he added.

Mr. Noorzai emphasized: “No one aided the security forces, no one respected their corpses and their deaths. Some of those forces who fought in the mountains were forced to surrender to the Taliban. ”

But security officials in Farah do not accept the number of causalities of government forces and their captivity by the Taliban.

Farah police spokesman Mohebullah Moheb said on Saturday that more than 40 armed insurgents were killed in the province last night. “Last night, over 30 insurgents have been killed only in ​​Poshtokh district.” 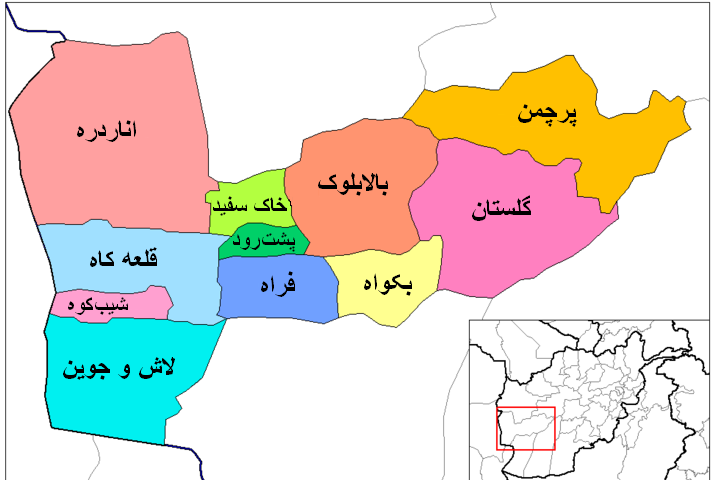 Balabuluk, Poshtrud and Poshtkoh districts of Farah province were also targeted by Taliban attacks on Friday night Chief of Police in Farah province

Following the recent attacks by insurgents in Farah province, the Afghan government has made changes to the police leadership of the province.

General Fazl Ahmad Shirzad, has been dismissed as the police chief of the province, and replaced by Rahmatullah Seddiqi.

These changes took place in the provincial police headquarters on Saturday last week (November 10th) by the Afghan Ministry of Interior, and Mr. Seddiqi formally started his job on Saturday (November 17).

Displacement of more than 7,000 families

“Since January, 7,437 families have brought their applications to our office,” Rahimullah Rigwal, director of Farah immigration and Repatriation department, told Reporterly, “Our office has surveyed them after registering into database. we have been able to help around 2021 families so far. ”

Mr Rigwal explains that most of the IDPs are displaced by war, in which 313 families were displaced just this month. However, they have been able to provide 229 families with food and non-food aid, including cash.

Balabuluk, Poshtrud, Khak Safid and Golestan districts are among the areas with most IDPs, according to authorities.

In addition to the districts of the province, a large number of people from the outskirt of Farah, the villages which are located a few kilometers to the center of the province are also displaced, Mr. Rigwal added. 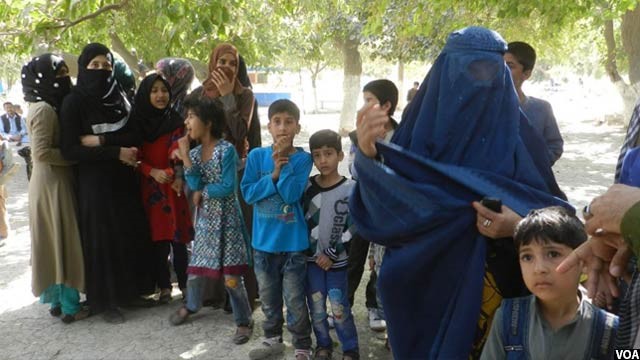 The Directorate of Refugees and Repatriation in Farah province have said that since January this year, 7,437 families have been forced to leave their homes, which most of them displaced due to conflict

War for Water and Money

Following the escalation of the conflict between the Taliban and Afghan security forces in Farah province, governor of the province, described the war in Farah as a “war for water”. Governor Muhammad Shoaib Sabet claims that Iran has a role in increasing insecurity in western Afghanistan.

“The issue is the construction of Bakhshabad dam that is becoming a problem for Iran. They do not want this dam to be constructed, and every time we started building this dam they intensified the war,” The governor stressed.

The Tehran embassy in Kabul has not reacted to these statements, but Iranian authorities had previously expressed in response to similar claims that they had no role in equipping Taliban militants in Afghanistan.

Earlier, Mohammad Arif Shahjahan, former governor of Farah province, had insisted that the Taliban want to turn the Farah province into their western base. 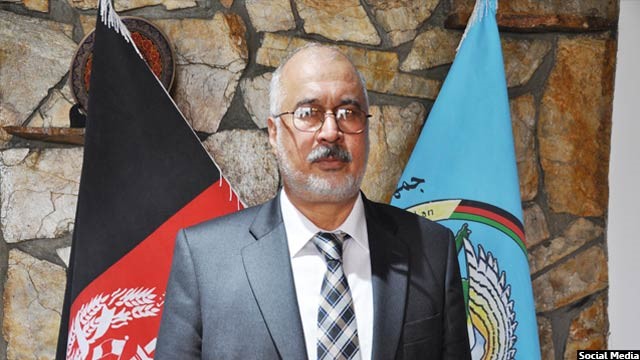 “The Taliban were trying to use Farah as one of their centers. They inflicted insecurity in the province in order to create a logistical corridor for themselves in the southwest, they have all their plans, through which they want to have access to all the western provinces, which has led the Taliban and its supporters to turn attention to the province, “Mr. Shahjahan had pointed.

At the same time, some members of the Farah Provincial Council call the war in the province as a “mafia and economic war”, and concede that the existence of a high-income customs in this province is one of the reasons for the war in Farah.

Dadullah Qane, a member of the Farah Provincial Council, says the Taliban group receives 7 to 8 million AFN per day through the customs of this province.

According to him, the Taliban are collecting money from cargo vehicles that import goods from Iran in the vicinity of Poshtkoh district and issue receipts with Islamic Emirate sign for the drivers.

Another member of Farah Provincial Council Shahla Abu Bakr emphasized that “Farah customs have also become another challenge for the province, officials from Farah province are all involved in customs affairs and nobody is trying to secure the province.”