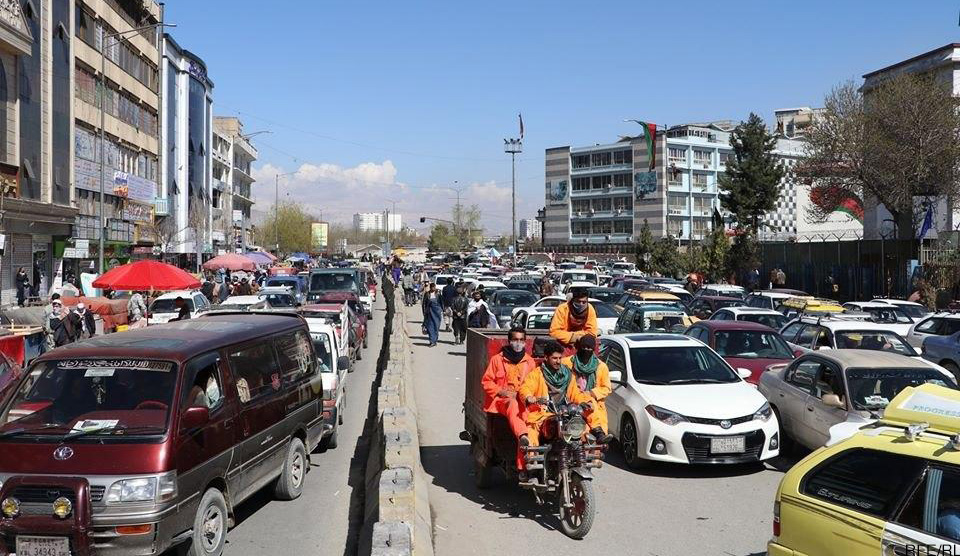 The First Day of Lockdown in Kabul: Does it Work?

Today was the first day of Day-Time Curfew in Kabul.  At an extraordinary meeting on Friday, the Afghan cabinet approved a “plan to restrict the none-essential movements in Kabul” by the request of the COVID-19 emergency committee to prevent the spread of coronavirus.

The government calls on Kabul citizens to stay at home and take Corona seriously.

As a result, all the activities of public and government departments in Kabul, with the exception of the Ministry of Public Health and Security Forces and conditional activities of restaurants and supermarkets were banned.

Meanwhile, the Reform and Civil Service Commission has announced that employees of the civil service will go on vacation for three weeks to prevent the spread of the Corona virus.

The Ministry of Interior spokesman Tariq Aryan wrote on his Twitter page that today, most parts of Kabul are witnessing diminished public presence.

“In those areas that people did not implement the restrictions, the police are trying to maintain a bilateral relationship with people through interaction” He wrote.

Meanwhile, some Afghan social network users have shared their views on Twitter and Facebook today, suggesting that the cabinet’s plan was not very effective, as it was common the people had their movements in most parts of the city as usual.

Is it possible to lockdown Kabul?

There are two important things to quarantine cities: the restriction of movements within the city and the other one entering and leaving the city.  Thus, experience has shown that in the latter case, at least during this period of nearly two decades the government has still failed and has not yet been able to impose any restrictions on its operation, as explosive-laden vehicles enter Kabul regularly and targets important government and nongovernmental places.

But in the first case, this is the first experience. No conditions have yet been put in place for such a plan to quarantine and restrict movements on such a large scale. Therefore, the first option is facing many challenges, the most important of which is the daily income of salaried workers and day laborers in Kabul.

As some retailers claim, they cannot afford to pay for their living, especially family food, until they work.

According to a proposal by the Emergency Committee of preventing COVID-19 approved by the Cabinet, the Article 5, paragraph 4, part C, says: “For the wage earners and day laborers, a special plan has been prepared by the Kabul Emergency Committee which should be submitted to the Committee.”

As it turns out, this is just a proposal, and the practical solution to the initial need for sellers has not yet been considered by the government, while the emphasis is on staying at home.  However, is it possible for the Kabul population, the majority of which are day laborers and shopkeepers, to stay in their homes as per the government’s order?