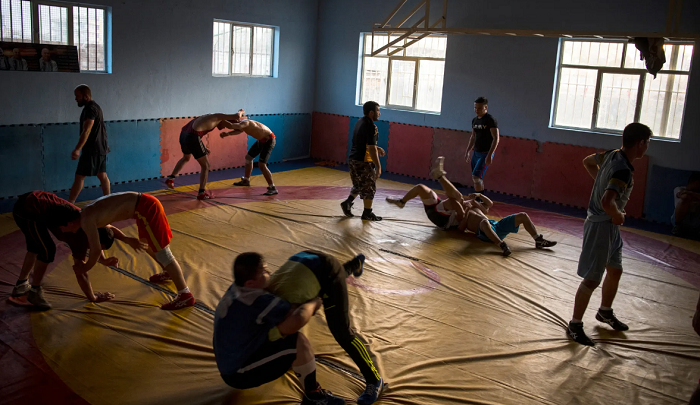 The Reopening of the Maiwand Wrestling Club: “The Glass only gets sharper after being broken”

Following the IS-K terrorist attack on Maiwand Wrestling Club in west Kabul, in which 26 were killed and 91 wounded, including children, adolescent and young wrestlers, Hooman Tavakolian, an Iranian-American former wrestler, wrestling coach, sports diplomat, philanthropist and a member of United World Wrestling, tried to equip the club and re-establish hope for the Afghan wrestling champions. He launched a campaign for the same.

Following the launch of this big campaign, wrestling fans around the world and some prominent champions such as Jordan Burroughs (World freestyle wrestling Champion) joined the campaign, and soon after their donations including wrestling equipment reached Kabul.

The first portion of donations included two mats, a wrestling dummy and wrestling Singlets which reached the club officials on Thursday November 22, and the next portion will be transferred to the Wrestling Club in ten days which includes bodybuilding equipment such as treadmill.

The club was targeted by two successive suicide attacks on September 3, 2018. IS-K claimed the responsibility for the terrorist attack on the Wrestling Club of Maiwand, which turned out to be another deadly attack on the Hazara residents and Shi’ite people of Dasht-e-Barchi. The first attack occurred when students for the next session had arrived at the club while the previous were out to leave the club.

Obaidullah Alizada, a student at the club who has been in the field for eight years and still continues to do wrestling after the blast, told Reporterly that “we never thought that one day this would happen to a club where the youth and teenagers come to learn, because there is a place in which we can bring victory to our country and raise the flag of our country. “

Ghulam Abbas, known as Moalim Abbas, was also among the wounded on the day of the incident. He was the first victim to lose his left arm in the first blast.

Now, after spending one and a half months in his treatment, he returns to the club after renovation and continues to train his students with even stronger motivation and spirit than before.

Moalim Abbas has been in this field for 37 years now and has been working as a coach for Maiwand Club for seven years. 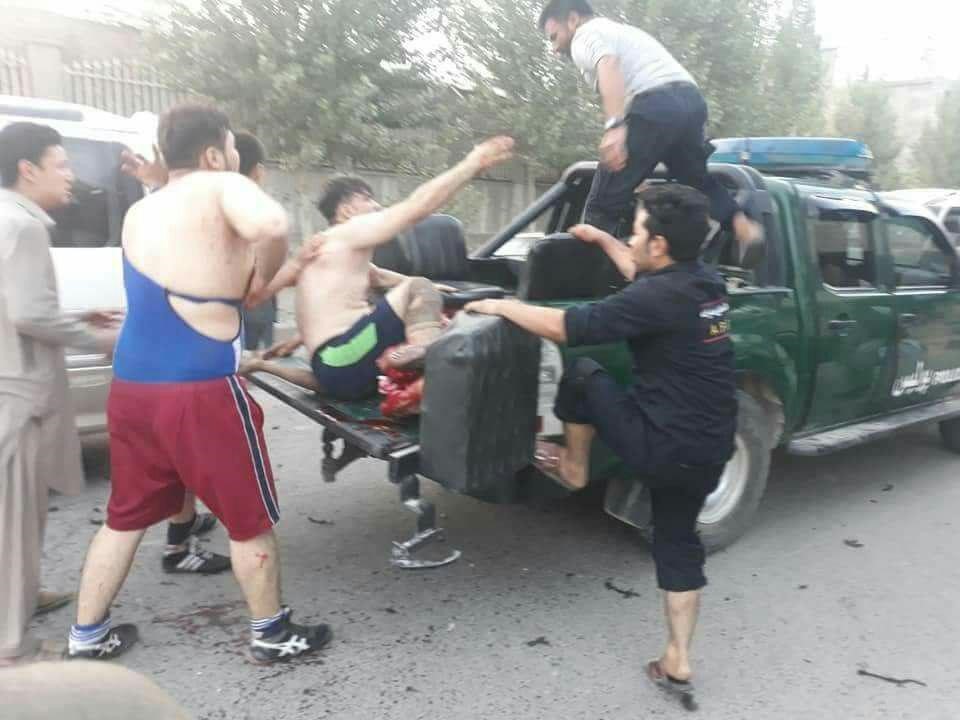 The club was targeted by two successive suicide attacks on September 3, 2018

“Nowhere is safe, but we cannot stop our quest and life,” he said. “That’s why students still want to come and learn this sport and seek progress, though now after this incident, it is very painful for us to continue training in this place because we lost our dear fellows and students, but there is no way but to continue, and we will continue until we bring change and build peace.”

The Renovation of the Club and More Motivation for Bringing Change

After the continuous attacks in different places during past months, families are now worried about the safety of their children, and hardly let them to go to clubs, educational centers or other places.

“Although my family is not happy with my involvement at the club, I’m going to the club on the pretext of going for football practice and trying to proceed with my practice,” one of the club’s students told Reporterly.

Reza Ahmadi, the administrator of Maiwand Wrestling Club spoke on the renovation of the club to Reprterly: “The club in which 16 athletes were martyred and 47 others were wounded as a result of the incident, has been rebuilt after 2 months and being used again by young wrestlers. “

Maiwand Club’s student believe that although they are subject to terrible and deadly attacks in mosques, educational or sport centers, they will not give up trying and will always bring pride and victory to the country. “The glass gets more sharpened if it breaks and we will not only get disappointed amid all these suppressions, but we double our efforts,” expressed a young wrestler. 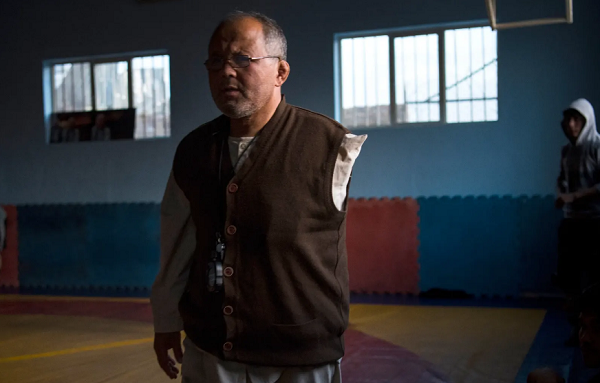 Ghulam Abbas, better known as Moalim Abbas, was also among the wounded on the day of the incident and lost one of his arms / Photo by: Andrew Quilty

“The club was destroyed after the suicide attack and was no longer conducive for training,” the coach said. “We did not have the money to restore it, but a handful of philanthropists have re-established the club again and now it’s ready for wrestlers to come back and practice.”

“Despite the fact that the Afghan people are poor and live in a backward society, people are resilient and are on the path to progress,” he continued. “Although the situation is very bad and the government cannot do anything or does not want to do anything, and too much of innocent blood is shed every day, since we are also human, we will seek progress and continue this path. We live in this country and we do not hesitate to work and educate the youth at our capacity, so that keep we the flag of our beloved homeland elevated and proud. “