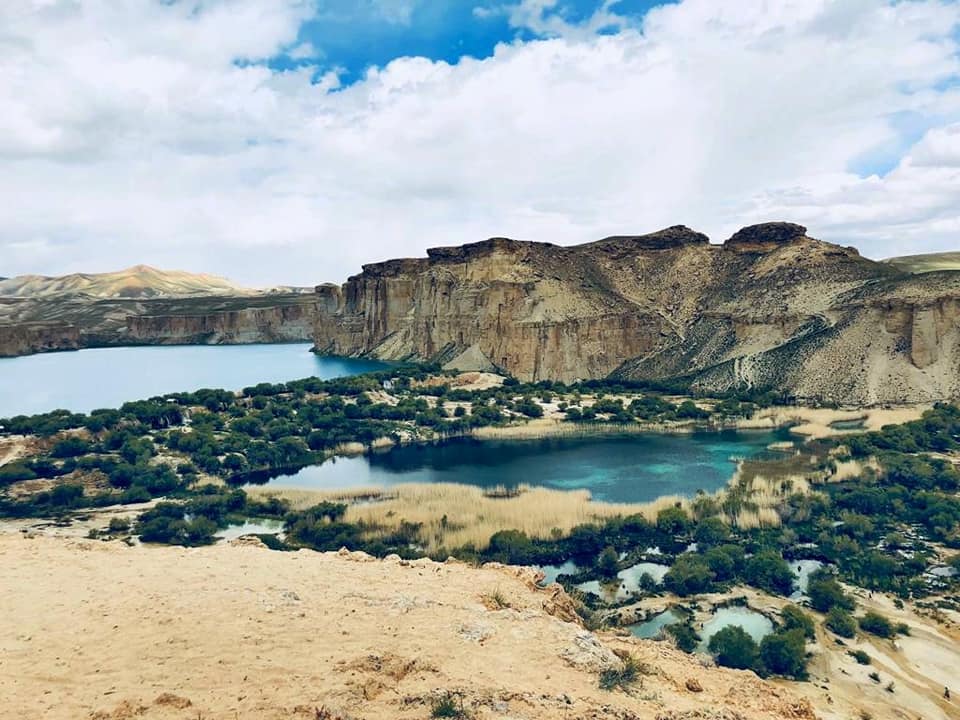 I believe that once someone goes to Bamyan province, the magical and beautiful city creates a niche in their heart and the people are led to wish visiting this province time and again. Bamyan usually receives a huge crowd during Eid al-Fitr and Eid al-Adha and people from many provinces, especially Kabul travel to this province.

In the last two years, many people from Kandahar have been attracted to this province, and there are hundreds of visitors from the province. Bamyan is a poor and deprived province and the only source of their income is agriculture as well as cultivating potato, but in recent years the central part of Bamyan and Band-e-Amir earned revenue from tourism. Many hotels had opened up in Bamyan and Band-e-Amir and there are a lot of seasonal travellers/passengers.

Although Bamyan has a lot of tourists, the province is still deprived of electricity. The nights are totally dark and people can’t cherish the nightlife due to the lack of light. People have fought to have electricity in pursuit of which they made sacrifices and lives of many young people were lost in the Enlightening Movement. They wanted to raise their voice and say that their pain is not poverty but the unfairness!

The biggest problem while travelling to Bamyan is the insecurity on the way and many passengers do not take the risk to set on a journey to the province due to that issue. This year, Bamyan had less visitors from Kabul and the Bamyan hotels also had a fewer hosts. Many people who used to come in groups did not come this year since three individuals were killed in the last days of Holy Month of Ramadan on the Jalrez route. It is to say that, if there is insecurity in Jalrez, there is a second way to travel in Bamyan which is through Ghorband route.

I personally think that the day I am not able to travel to my hometown “Bamyan”, then staying in this land will be meaningless for me. But I am eager to journey to the province even in most difficult situations and then return to Kabul with energy to live my everyday life.

Band-e-Amir had fewer guests this year, and this was disturbing. The hosts prepared additional tents and rooms in Amir-e-Band to welcome the guests but they couldn’t journey there due to security problems.

For instance, if we consider the average consumption of each person 10000 AFG during their stay in Bamiyan and suppose ten thousand people from Kabul or other provinces travel to Bamyan, then 10 million Afghani will flow and will certainly play a huge role in the economy of the people and small investors. If the ten thousand number is decreased to just 500 or 300 people, then instead of rendering benefits it will lead to the loss of small investors, women and men who have invested all their money waiting for sales and to earn profits.

The women and men who ride donkeys or come from distant places on the foot to reach Band-e-Amir and sell hats, sun-glasses and necklace, or the boys who brought buttermilk/yogurt of their cows ​hoping to sell in Band-e-Amir, and small cattle ranchers who fetched Qorot balls and butter to sell in Qarghana Tu Bazar, are all looking for visitors and passengers to sell the things they brought in Band-e-Amir.

Maybe my writing went here and there, but I encourage you to travel to Bamyan and spend a portion of your income on the development of this disadvantaged group of people who lack the most basic facilities. In addition to enjoying the journey and seeing the beauties of the province and being energized, it also offers a sense of calmness and peace away from the pollution and rush of Kabul city.

This piece is picked and translated from facebook status of Ms. Rezaee. The views and opinions expressed in this piece are those of the authors and do not necessarily reflect the Reporterly.