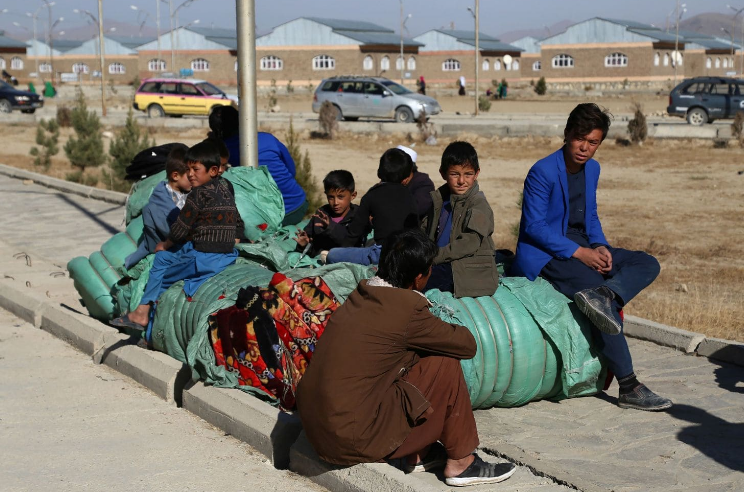 The social awakening force, the process of cultural growth, the process of civic capacity, the rate of growth of young and dynamic forces, and the formation of the centers of vast political activity are the prerequisites of development and added values ​​that create significant sources of soft power for our community. Strengthening, consolidating and reproducing these resources can help form the fundamental structure of hard power. The way in which these resources are shaped and reshaped is fundamentally dependent on our rational management and wise behaviour in cultural-civic and socio-political arenas, and interactions.

The dynamism and sustainability of our youth in civil and cultural domains has revealed a worthy experience of the political socialisation model; The self-reliant approach to education and literacy, the capacity for social development and the use of civic movements as the most important form of legitimate and effective power, has been well described in the discourse of traditional Afghan society. Even though the experiences of the two movements of “Smile” and “Enlightenment” (Tabassum and Roshnayi) seem unsuccessful at first glance from structural-political analysis perspective, it is regarded as a notable instance in civil-social discourses in terms of social-intellectual impacts. The night marches of Kabul’s youth and students just a few days ago on November 12, prompted the government and the president to address their demands as soon as possible. Consequently, it is possible to generalise the definition of power into a broader domain and focus on the model of civil movements as an effective power.

2-The Taliban are strategic and sworn enemies of the identity, life, and total history of the Hazara community. The military confrontation and war with the Taliban is not a simple task that Hazaras could manage alone. After the experience of the 70s war of the Hazaras with the Taliban, the Uruzgan Khas, Jaghori and Malistan wars once again proved this bitter reality very well. The war against Taliban is the duty and responsibility of the central government.

Certainly, social pressure, representatives’ advocacy, and the actions of political officials of Hazaras within the government structure, and more importantly night demonstrations of youth, forced the government to take the war in Jaghori, Uruzgan and Malistan more seriously and take some action.

The problem, however, is that with the experience of Kunduz and Ghazni, the Taliban conflict in Jaghori and Malistan and areas related to this geographical area is not likely to end in one day or night. Taliban have an experience from three decades of war, victory and defeat. They own thousands of prepared suicide and are equipped with modern weaponries. They have tactics and strategy, and enjoy professional and strategic advisers and military personnel. if they could capture Kunduz overnight and Ghazni in half a day, it is unlikely to be easily eradicated from the strategic and mountainous areas of Jaghori and Malistan.

Therefore, fighting with this horrible force is not an easy task for commanders like Shojaei, Erfani, Shah Jahan and Yaftali. However, we should let these commanders do their own job. It seems that, on Facebook, we can end the war in Jaghori in an hour, but on the battlefield, those who have guns know what war really is and how hard it is. It is not responsible, wise and considerate to spread imprecise and fake news through our Facebook posts, and create disappointment, panic and shock for the people and our soldiers. We have no choice but to wait and trust the commanders and the authorities, and the forces deployed from the center, and hope for their victory.

The considerate and responsible work is, firstly, to leave the issue of military operations to the military, and to encourage both the people and the military in this way. Secondly, behind the front and on Facebook, we should try to conduct a massive campaign to help displaced families of Jaghori, Malistan and Uruzgan. In the western countries, we should protest by carrying out demonstrations and regular gatherings with a human rights approach to the issues such as forced displacement, destruction of houses and the massacre of Hazaras by the Taliban.

3-All of us these days, due to the happenings in Uruzgan and Jaghori, are going through a very stressful, fragile and distressing situation. In such a situation, the atmosphere of anger, aggression, pessimism and uncontrollable behaviour, has increasingly prevailed and we would like to irresistibly scream, shout, cry, blame, and highlight weaknesses, differences and gaps….

The continuation of this state will harm our collective psychology, social confidence, the spirit of resistance, and the capacity for our political rehabilitation. We should all be responsible, strategic and politically conscious in our writing, speaking, sympathy and inclination; and with the recognition of the collective interests and understanding of the sensitivities as well as the consequences of our behaviour and speech, establish an atmosphere of calmness, rationality, patience, reflection, and foresight.

4-In a broader domain of political behaviour, we are dealing with worrying social disruption, political distress, identity disturbance, intra-group tensions, and regional and factional specifications. Although sociologically, this process can be seen as the product of the natural transformation of the growth and displacement of the roles, functions and social statues of the reference groups, as well as of socio-religious institutions, political activists, and intergenerational gaps, but what is being formed beyond the principle of collective interest, is a kind of “anarchism” in the political situation and the definition of “collective interests.”

We have no choice but to shorten the age of this disruption and process of this transition phase. By staying at this stage and get used to this disruption, the natural path of political transformation and the improvement of our social structures leads to difficult challenges and tensions. To overcome this disturbance, we need to review and re-establish the basis of our intra-ethnic political interaction. My point is not to form a large party. I mean, we should be trying to find the right definition of intra-ethnic political interaction. Let us re-read our political literature, outlook and foundation of our judgment and expand our strategic perception of political keywords such as: political enemy, political rival, political ally, political partner. Let us formalise, structure and refine our humiliation, allegation and intimidation literature in terms of critique and opinion, both in an intra-ethnic discourse as well as in the extra-ethnic interaction.

5-Historically, we have escaped the government. However, It’s not our fault. Governments have always looked at us with hostility, intimidation and humiliation. But now we are faced with different conditions. We have struggled to create and maintain a political system since the start of the Bonn process. We have sacrificed. We have contributed to the growth of the democratic process. We defended the honour and reputation of this system and played a major role in the legal structure and its theoretical foundation. Therefore, we must be part of this this system and its privileges. If we demonstrate today, and if we set up social movements, these are all within this system, we just want to get our citizenship rights and entitlements in dealing with the system. If we send ministers, deputies, parliamentary representatives and vice president for government in order to participate in power and decision-making, then participation in this system is both right and a duty. Even if we have a slight share and role in this system, still it is way better, more useful and more reasonable than being out of the structure. Avoiding the structure and escaping the center will certainly threaten us with strategic damage, political isolation, security threats, and more social, cultural and civil stagnation and marginalisation.

6-It is pointless and narrow-minded to think that the absence of Hazara cadres and statesmen in the structure of the system, with justification of their weaknesses and limited powers, is in the interest of the Hazaras. Even if their presence is symbolic, it still has a political message and strategic achievement for Hazaras.

If we think that the Mr. Danish and Dr. Talib and other Hazara statesmen and elders act weakly or maybe irrationally in the system, or cannot fully and rigorously represent the rights, privileges and the demands of their people, we have the right to criticise them and their weaknesses, and protest against their inadequacy and laziness. This type of approach can strengthen and consolidate their position; but if we try to attack them with curses, humiliation, discouragement, insult, and even allegation, hatred and hostility, not only we do not achieve anything, but firstly, we would weaken, isolate and shake their individual position. Secondly, it weakens the overall Hazara’s position in the power structure. Thirdly, it creates would pave the ground for creation of tension, conflict, and intensification of intra-ethnic political inconsistencies and fourthly, it will lead to a reduction in the power of political bargaining. Finally, it leads to a decline in the impact of the Hazaras on macro-level national engagement.

In the end, we are in deep need of social patience, understanding of collective interests, political co-integration and media coherence in order to strengthen and restore our trust and political rehabilitation. In this case, we can successfully pass the Jaghori and Uruzgan crisis, and appear stronger and more effective on macro-level national engagement.