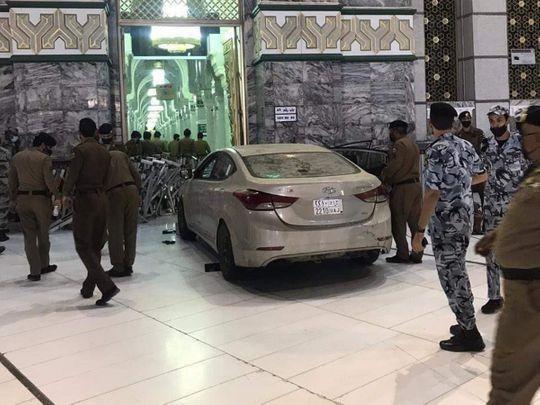 A car crashed into the door of Masjid Al Haram, the grand Mosque in the holy city of Mecca, Saudi, causing no casualties.

“The driver was arrested. He is a citizen who was found to be in an abnormal condition,” said the spokesperson for the Holy Mecca region.

The accident occurred at 11.30 pm on Friday. The car involved was a beige Hyundai that collided at Door 89 of the mosque due to high speed. The driver was reportedly arrested and will be referred to public prosecution.