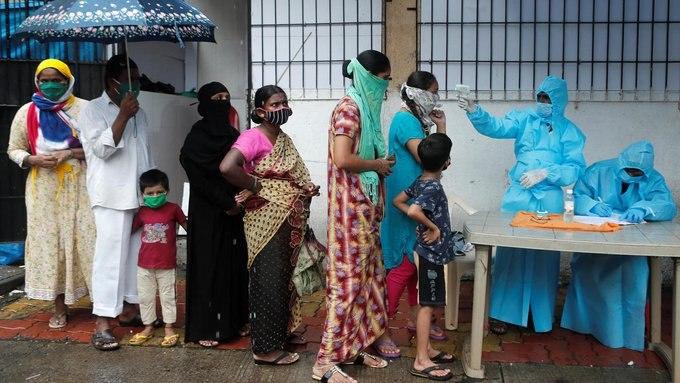 With almost 700,000 cases, India has crossed Russia to become the country with the third-highest number of Coronavirus cases in the world, after the U.S. and Brazil.

On Sunday, India racked up a record daily jump with the addition of nearly 25,000 cases.

According to the Indian Council of Medical Research, over 10 million samples have been tested in the country.

In the national capital, Delhi, medical staff are treating patients at converted hotels, wedding halls and a spiritual centre. Railway coaches are also being modified to serve as isolation facilities.
Large gatherings remained banned and masks are mandatory for people in public places.