As the violence in Afghanistan, that began during the communist over-throw of the government in the 1970s grinds along in its fifth decade, there are increasing calls for human rights abuse and war crimes investigations. While the need for justice and forgiveness is critical after a war, Afghanistan has some unique qualities worth examining.

Afghanistan has two main options with regards to human rights justice — to start the investigations now, or wait until a more suitable time.

“Everyone has blood on their hands,” said Lt. Gen. Sir Graeme Lamb, Commander of the British Field Army, back in 2009.

I believe, that while many are calling for immediate investigations, it may be wise to wait until after a political accord is firmly in place with the Taliban. Either way, it would be useful for human rights leaders in Afghanistan to look at the post-war activities of other nations and determine which techniques would apply best.

“A falsehood resulting in conciliation is better than a truth producing trouble.”

The line, taken from his book “Golestan,” may be interpreted as: while it may feel good for some to get justice now, what if the war is extended as a result and the lives of many more are lost or ruined.

Without a doubt, there is a need for justice in the hearts of many Afghans. The difficulty will lie in the length of the war and the various groups of combatants that have been using deadly force in the nation. So, while the journey towards justice will be long and complicated, the journey is necessary to build a durable peace.

A human rights reckoning will allow many Afghans to finally start their quest towards true forgiveness of their enemies.

Again, the list of those who must be forgiven is long and complicated, as many families have lost loved-ones and property at the hands of various combatants. Forgiveness is a crucial component of peace-building and this should be at the center of any human rights investigation.

A final reason to begin investigation efforts now is that future international funding might be conditional on progress in this area. This is a possibility worth assessing and should lead to some candid discussions between the Afghan government and donors so that both see what is at stake with this type of caveat for funding.

Investigating senior members on either side of the Afghan war today, or combatants of earlier wars might disrupt the peace process diplomatically.

There is a great lesson from American Civil War Gen. Ulysses S. Grant as he reflected on why his opponent, Gen. Robert E. Lee surrendered his army of the confederacy so easily after a short negotiation.

Grant roughly told him that a surrender meant no treason trials.

Grant later noted the Confederates might have fought until the last man, if the alternative to war was a noose. The U.S. Civil War offers many useful lessons for peace building and highlights some major mistakes to avoid.

If the attempt to move human rights and war crimes justice forward right now ensures the violence never ends, can we call it justice?

Even if you only go after the most violent of groups and their leaders right now, you will likely be increasing the chance of a failed peace process. Decades of more violence is not a future most young Afghans want. Risk remains high for rapid human rights and war crime’s trials to go very wrong at this moment.

Finally, as the investigations keep growing, based on the evidence uncovered, we might reach a point where Sir Graeme Lamb’s truth about war is revealed –there will be few without blood on their hands.

The process can easily spiral violence upwards as a tit-for-tat begins to charge each other’s enemies with war crimes as they become a target of an investigation.

One way to ensure human rights and war crime justice efforts do not derail Afghan peace efforts is to establish a cooling period of, say five years after the peace process leads to a stable government, to begin investigations and seeking trials.

Although the right time to begin formal and full investigations may be difficult to determine, the idea of setting key conditions that should be met before the investigations are launched could be useful.

Continue to quietly and non-intrusively collect and safeguard evidence that will be needed with a third party in the meantime. Evidence from the 1970s is likely already hard to locate for the earliest of war crimes and abuses. Finding a trusted third party is a critical step.

All Afghans and external actors should refrain from accusations of war crimes or human rights abuses based on evidence already known. The easiest way to motivate a peace process spoiler or a supporter of the current negotiations to sabotage the peace process, is to publicly call them a criminal and discuss their possible punishments.

Determine who is eligible for amnesty now. There may be a certain level of responsibility, or a cut-off, for types of abuses that will be brought under investigation.

Now is the right time to determine who will not be investigated or put on trial. Those members that are cleared from previous wars can be quietly informed of their amnesty to ensure they help the nation achieve peace. This does not need to include excusing current combatants of any future war crimes.

Finally, there should be a full effort to study examples like Rwanda and other nations that experienced prolonged violence or mass deaths. The best examples of justice measures that helped bring a permanent peace should be identified and robustly debated to build future paths to justice and forgiveness.

The question that all Afghans and external actors that are pushing for immediate investigations and trials of human rights abusers and war criminals must ask is simply –will their efforts bring an end to decades of violence or ultimately extend this war.

If you are absolutely sure your efforts will not lead to a couple more decade’s worth of war crimes and human rights abuses, then you should investigate and charge people now. If you think immediate actions might increase the suffering of Afghan civilians for years, then I suggest you delay, so that a durable peace process can take hold.

Jason has worked on conflict-resolution policy issues in Afghanistan since 2002 when the US collaborated with UN and Japanese led DDR efforts. He later assisted Minister Stanekzai and the Afghan government in crafting the Afghan Peace and Reintegration Program to enhance national reconciliation efforts that led to the Peace Jirga and High Peace Council. This change in Afghan and international policy created an opening for direct talks between the Afghan government and all anti-government forces. Jason served on the 2016 Presidential Transition Team looking at US national security policy in the region. He has supported numerous efforts to jump start direct Afghan government to Taliban peace talks and to gain and sustain international approval and support for a diplomatic solution to the war in Afghanistan. 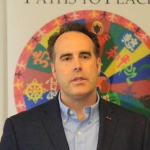 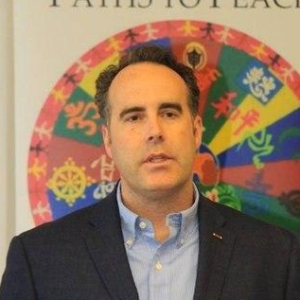 A Letter From America: This Is Your Moment

For all those in Afghanistan who are planning and working for peace, this is your moment. …