The International Committee of the Red Cross (ICRC) said on Thursday it facilitated the release of 10 Afghan security force members detained by the Taliban and handed them over to Afghan authorities. It followed the release by Afghan Taliban on Tuesday of American and Australian university professors held hostage for more than three years, raising hopes for a revival of peace talks.

Qatar has welcomed the release of US and Australian university professors who were held in Afghanistan, as well as the release of a number of Afghan detainees. Quoting a Foreign Ministry statement on Thursday, the official Qatar News Agency (QNA) said the State of Qatar, in addition to its intensive efforts as a mediator in the peace talks between the United States and the

US President Donald Trump in a phone conversation on Thursday thanked President Ghani for his cooperation in the release of two AUAF Professors and invited Ghani to for an official visit to the US, which Ghani accepted, President's spokesman Sediqqi tweeted late Thursday. 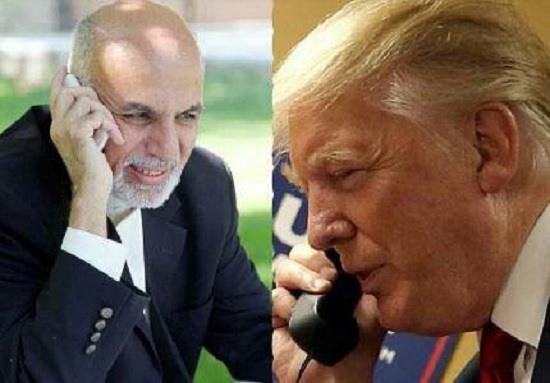 According to Sediqqi, President Ghani briefed Trump about his “seven-point peace plan” for

U.S. President Donald Trump traveled to Dover Air Force Base in Delaware on Thursday to receive the remains of two American soldiers killed in a helicopter crash in Afghanistan this week. Trump, who met with families of the soldiers, was accompanied at the base by first lady Melania Trump, Chairman of the Joint Chiefs of Staff Mark Milley and national security adviser Robert O’Brien.

The two soldiers killed in a helicopter crash in Afghanistan have been identified. Chief Warrant Officer 2 David Knadle, 33, and Chief Warrant Officer 2 Kirk Fuchigami Jr., 25, were killed on Wednesday when their chopper went down in the Logar province, according to a release from the Pentagon. Knadle was a resident of Tarrant, Texas, and Fuchigami hailed from Keaau, Hawaii.