17 July 2021
If War Continues, Main Losers Will Be Afghan People: Abdullah in Doha

Kabul: A two-day high-level meeting between representatives of the Islamic Republic of Afghanistan and the Taliban began on Saturday in Doha, the capital of Qatar. The delegation of the Islamic Republic of Afghanistan is chaired by Abdullah Abdullah, Chairman of the High Council for National Reconciliation (HCNR). The Taliban delegation is said to be led by Mullah Abdul Ghani Baradar. At the opening ceremony

Kabul: The Ministry of Public Health (MoPH) announced on Saturday that it has recorded 378 new positive cases of the coronavirus (COVID-19) infection and 49 deaths in the past 24 hours. The total number of cases now stand at 140,602, while the death toll is 6,147. 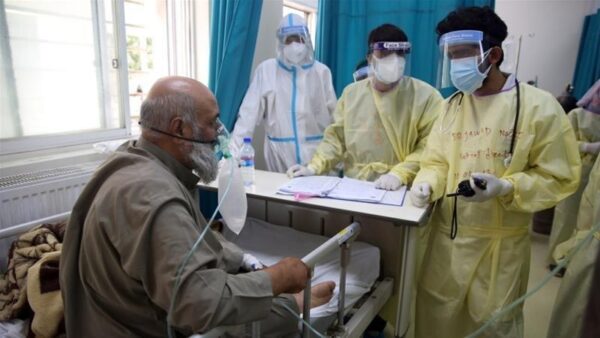 Meanwhile, on the second day of his visit to Uzbekistan, President

Kabul: Dozens of Taliban fighters have been killed in ground and air strikes by security forces in the Nahr-e-Chaman area of Taloqan city, the provincial capital, the Takhar National Directorate of Security (NDS) said. There were also reports of additional commandos and special forces being sent in as reinforcements to Taloqan to launch a clean-up operation. A statement issued by the provincial directorate on

17 July 2021
Ceasefire Should Be Established Between Afghan Government And Taliban On Eid al-Adha: Khalilzad

Kabul: Zalmay Khalilzad, US Special Representative for Afghanistan Reconciliation, said that he hoped a ceasefire would be established between the Afghan government and the Taliban on Eid al-Adha, during a regional conference in the Uzbekistan capital, Tashkent. He made the remarks in an interview with the Associated Press and added that the Taliban's interpretation of the US-Taliban peace agreement was that a political agreement

Kabul: The Ministry of Defense has announced that the Sheikh Ali district of Parwan province has been cleared of Taliban fighters. Fawad Aman, deputy spokesman for the Ministry of Defense, wrote on his Facebook page that the Sheikh Ali district had been cleared of Taliban fighters on Friday night. According to him, as a result of the operations of the security and defense forces