Kabul: In a resolution, the National Ulema Council of Afghanistan described the ongoing war as illegitimate and called for an immediate end to fighting. The resolution stated that the war is fratricide, murder of Muslims, and destruction of public and private infrastructure. Addressing a press conference, Acting Council Chairman Mawlawi Sardar Zadran read the resolution and added that the current war is detrimental to

3 July 2021
Emergency Evacuation Plan of US Embassy In Afghanistan On the Cards: Reports

Kabul: The United States ramped up planning for an emergency evacuation of its embassy in Kabul, as the US troops continue their withdrawal from Afghanistan and concerns linger over the security in the conflict-torn country after their departure, the Wall Street Journal reported, citing US officials. Not only diplomats but also thousands of US citizens in the country could be evacuated; however, while the

Kabul: Acting Public Health Minister Vahid Majroh announced the identification of black fungus infection, among COVID-19 patients. Majroh stated that the new disease is on the rise, which will take further lives, if citizens become more irresponsible. Majroh added that COVID-19 cannot be stopped through oxygen, even if each home receives an oxygen machine, but it can be prevented by wearing facemasks, avoiding crowds particularly

Kabul: The Islamic State organization is swallowing up territories in Afghanistan amid NATO’s withdrawal from the region and an irresponsible approach by a number of officials in Kabul, Russian Foreign Minister Sergey Lavrov said on Friday. "It is important to shine the spotlight on Afghanistan, where Islamic State - Khorasan (IS-K) members are actively concentrating their forces, and they do so, taking advantage of

Kabul: Local officials in Panjshir province reported that a natural water reservoir burst in Peshghor village, which led to flash floods and closed the routes of Hisa-e Awal and Paryan districts to the provincial capital, Bazarak district. 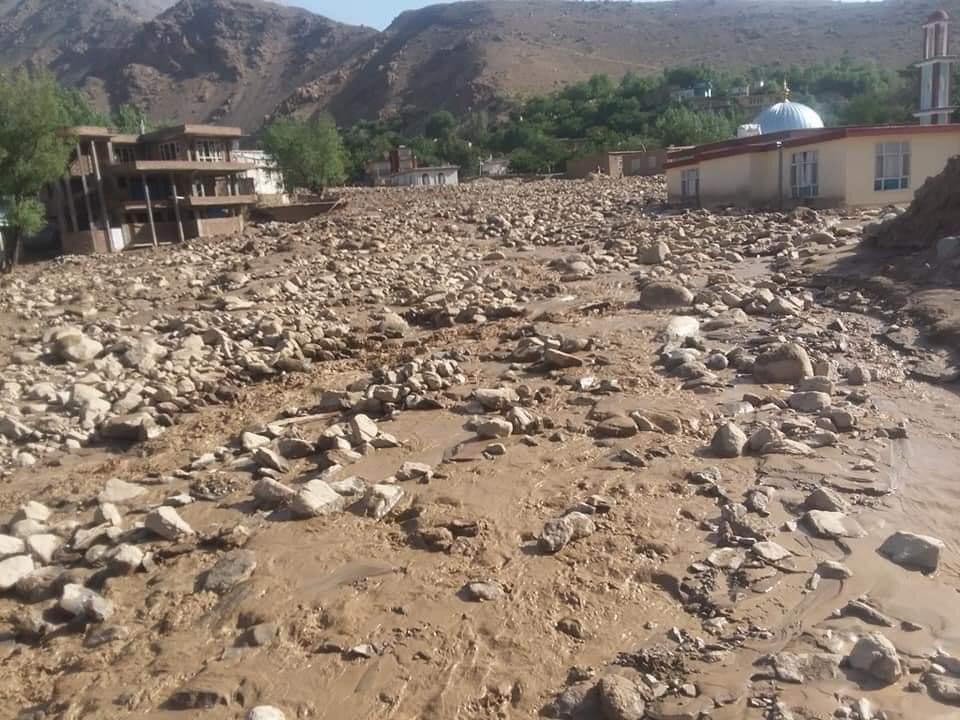 Kabul: The General Directorate of National Security personnel thwarted a terrorist attack plan on a Herat-Kabul flight. Sayed Idris, son of Rajab Ali, a terrorist who, under the guise of an artist, had planted a bomb containing RDX explosives, a hand grenade and chemicals in a musical instrument and tried to detonate it during a flight had been caught during counterchecks by NDS, NP

Kabul: As the final withdrawal date for US forces in Afghanistan grows close, all eyes are on the turbulent relationship between the Taliban and the government in Kabul. Abdullah Abdullah, head of the Afghan government’s High Council for National Reconciliation (HCNR), said that the peace talks have made little headway - but the Taliban offensive has. The reconciliation chief told CNN on Friday that

3 July 2021
US Troops Not To Leave Afghanistan In Days: Biden

Kabul: US President Joe Biden said on Friday that the drawdown in Afghanistan is "on track", but troops will not leave the country in the next few days. When asked by reporters at the White House whether the United States will complete withdrawal in the next few days, Biden replied, "No, we're on track exactly as to where we expect it to be." "I