The 209 Shaheen Corps said that at least 53 Taliban militants had been killed by the army in the past 24 hours in operations across Faryab and Balkh provinces. The operations took place in the Sholgar, Chamtal and Chahar Bolak districts of Balkh and the districts of Dawlat Abad, Shirin Tagab and Kohestan of Faryab, the military force said on Wednesday.

The Ministry of Finance (MoF) said that in the first seven months of this year, the various ministries and budget units have only spent 35% of their development budgets. Shamroz Khan Masjidi, spokesperson for the MoF, said that even the 35% mark has been achieved in the past two days. Official statistics from the MoF showed that there are departments whose budget expenditures are zero

22 July 2020
MoPH: An Online Group Of Doctors Has Been Set Up For COVID-19 Consultations

Acting Minister of Public Health (MoPH) Ahmad Jawad Osmani said an online group has been set up where a number of specialists share their experiences of treating Coronavirus patients with other doctors in remote provinces. On Wednesday, Osmani inaugurated a COVID-19 isolation ward at the Rabia Balkhi Hospital in Kabul for treating obstetric patients, pregnant mothers, who had contracted the virus.

A mine blast on Wednesday morning killed seven security personnel in the Khas Uruzgan district, confirmed the Uruzgan governor’s office. 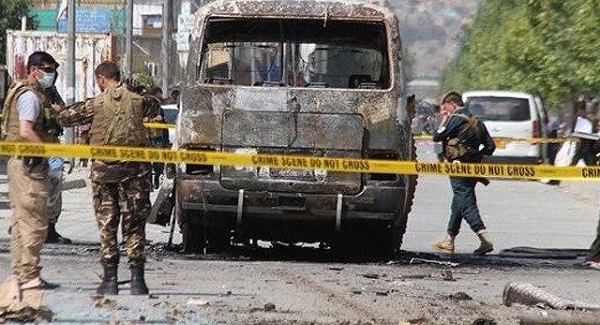 Zargi Ebadi, a spokesperson for the Uruzgan governor, said the roadside mine blast took place at 9 am, and killed a total of seven security personnel, including the Khas Uruzgan police chief, the local police commander

The Ministry of Public Health reported 112 new cases of Coronavirus, along with four fatalities and 168 recoveries, in the past 24 hours in Afghanistan. The Ministry was able to test 377 samples through the day. 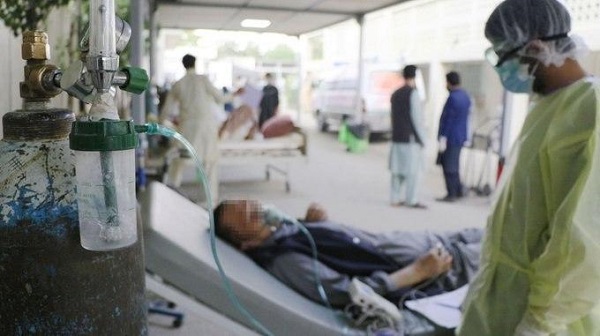 Officials confirmed that two security forces were killed and six were injured in car bombings in the Lashkar Gah and Nahri Saraj districts of Helmand on Tuesday night. Security sources have told local media of three consecutive bomb attacks in the province and have said the initial casualties may be up to 20 dead and wounded. Omar Zwak, spokesperson for the Helmand governor, said that

Kandahar police said 36 Taliban members were killed in an airstrike by foreign forces in the Khakrez district of the province on Tuesday night. Jamal Barakzai, spokesperson for the Kandahar Police Command, said that the strike was carried out after Taliban attacked police forces in the Dervishan area of the district.

After the airstrike, only four Taliban

Acting Foreign Minister Haneef Atmar spoke to the U.S. ambassador to Afghanistan Ross Wilson on Tuesday to discuss the Afghan peace process, regional cooperation, and the importance of strengthening international consensus on the peace talks. The two sides discussed the joint efforts of the government of Afghanistan and the U.S. to release prisoners, reduce the level of violence and start urgent negotiations with the

India will be facilitating the return of over 700 Afghan Sikhs and Hindus due to increased attacks on minorities in Afghanistan, Indian media reported on Wednesday. India Today, a national news organisation, said that sources from the Ministry of Home Affairs had cited “several terror attacks an persecution by Pakistan-based terror groups” on minorities in Afghanistan. 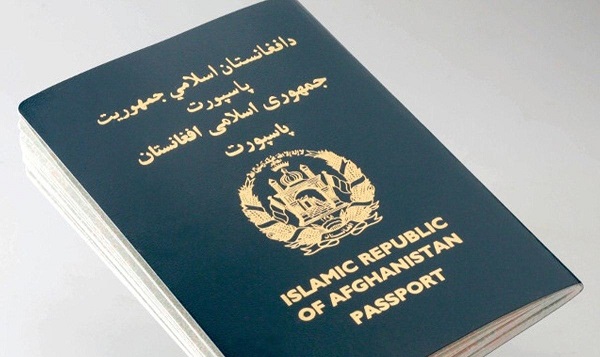 The Special Representative of Uzbekistan for Afghanistan Ismatulla Irgashev held online discussion with the Special Representative of Japan for Afghanistan, Katsuhito Takahashi, on Tuesday. The Uzbek Ministry of Foreign Affairs said the two sides discussed the peaceful settlement of the Afghan crisis and launch of the intra-Afghan talks as soon as possible. The Japanese side highly appreciated Uzbekistan’s policy to peacefully resolve the long-standing Afghan