It has been a year, since Afghanistan returned to the dark ages. A year since the Taliban took over the power corridors and started implementing their decrees violating all sorts of human rights, women rights and right to life itself. While we talk of the deteriorating life under the Taliban, it has not been smooth sailing for Taliban too, which has been facing opposition ever since it seized Kabul in August 2021.s

From resistance fronts sprouting across the country, to dealing with Daesh hideouts, the Taliban’s reign has been marred with frequent violence and security incidents throughout the past year. The main reason behind the opposition seems to be that the people of the country are not ready to accept the legitimacy of the Taliban. The Taliban has been pursuing its age-old policies of ultra-conservative ideology, undermining rights even though it promised a new outlook. Another reason why we have seen the emergence of resistance groups is because the Taliban is implementing policies to further consolidate their power, even though they undermine good governance and rule of law. Instead of starting a meaningful dialogue and providing security, the group’s hardliners have steered the government towards regulating the lives of their citizens. The Taliban’s repressive and mono-ethnic policies have worsened the country’s ethnic and sectarian divide.

Besides the National Resistance Front (NRF), which forms the biggest opposition group to the Taliban in terms of size and support of the people, there are around six-seven other groups as well which have reported themselves to be standing up against the Taliban’s authoritarian rule. The make of such opposition groups usually are former Afghan army soldiers trained by the Western forces, government officials, ethnically and religiously side-lined individuals or even civilians who are willing to fight against the atrocities in order to save their right to life. We have spoken about the form of resistance and its impact on a daily basis through our newsletter and weekly reports, so here we sought to introduce the geographical mapping of the resistance against the Taliban, which can in turn give an overview of how and where the Taliban stand surrounded in terms of opposition to their rule.

Some anti-Taliban groups remain anonymous, but continue to report their attacks against the group through social media platforms. Another council called the High Council of Resistance of the Islamic Republic of Afghanistan was announced by some political figures. But, so far, no details are available from the beginning of its political and military activities. Even, a group called “Noor guerrillas” appear to be operating outside of Mazar-i-Sharif. Supporters of former Interior Minister Masud Andrai have offered the most formidable resistance with somewhat regular attacks on the Taliban in Andrab, a high-altitude valley in the northern province of Baghlan.

Take note: Now, that we are aware of some of the anti-Taliban groups, let’s look at how these resistance pockets look on the geographic scale.

This map only represents the regions and provinces wherein the operations of the National Resistance Front of Afghanistan (NRF) are currently ongoing. The NRF forms the biggest opposition to the Taliban with constant trouble emanating from its bases for the group and this can be seen in the map too. The Panshir Valley was the main area of resistance when the Soviet forces invaded the country in the 1980s, as well as when the Taliban cropped up in the late 1990s when they first tasted power. Today in 2022 too, a year after the fall of Kabul, the Panjshir province has once again proved to be true to its self and upholds its resistance to counter the Taliban onslaught. Taliban recruiting Pashtun fighters from the south and east of Afghanistan and sending them to fight the Panjshir war has intensified the animosity among the people inside Afghanistan and destroyed the ground for unity among them in the future. The group contends that they have made progress since the start of their resistance in 2021, by adopting an unconventional and guerilla-style warfare strategy of the 1990s. They assert that their spring offensive has been successful and boast having operations in 12 provinces including Baghlan, Parwan, Panjshir, Kabul, Kapisa, Badakhshan, and Takhar. In retaliation, the Taliban launched its biggest assault yet against the NRF. Mullah Yaqoob, the de facto defense minister and son of Taliban founder Mullah Omar, led the operation. So far, this military offensive has failed. No NRF bases were taken. Taliban casualties were reportedly high. Even a Taliban helicopter was shot down. 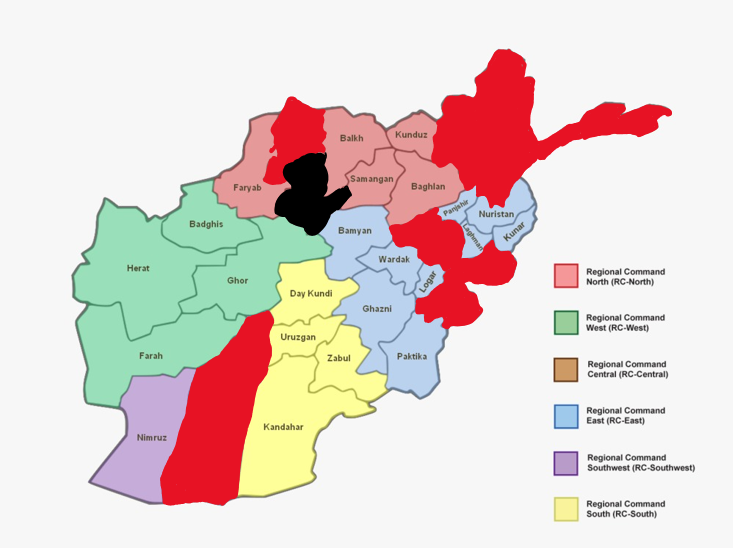 If one closely reads this map of other resistance forces, one might come across a black spot at the Sar-e-Pul province. This is because the Taliban had not faced any resistance in the province up till recently, primarily as the group had appointed its lone Shia member to the rank of the commander, Maulawi Mehdi. However, the disgruntled commander broke away from the group after differences in opinion and the Taliban’s treatment of ethnic minorities and representation of Shias in the Taliban government. After this, Mehdi and his group of loyalists launched an offensive against the Taliban after the group sent in senior leaders to quell the rebellion of Mehdi’s men in Balkhab, Sar-e-Pul province. Hence, this province too now faces an active revolt against the Taliban.

Why it matters? Without backing of other countries, the opposition groups face the challenge of inter-group rivalry, which in turn is hampering their abilities to form a collective offensive group. Apart from the NRF, there are several other resistance groups concentrating their war efforts in their respective areas of influence. These groups are often rivals due to their ideological and political differences, making unification prospects even more challenging.  A major misconception about these resistance groups is that they are anti-Pashtun forces. But there is a high concentration of Pashtuns who have shown an inclination towards the resistance.  Individually, these organizations have the capacities to carry out small-scale attacks on the Taliban, but they lack the military and financial wherewithal to launch a joint full-scale offensive.

Between the lines: However, apart from the presence of such groups, another way to map how the Taliban sees its resistance is from the horse’s mouth itself. As per data collected by the Institute for the Study of War, we can map out the troop deployment of the Taliban since it took power in August 2021 and in which areas it has reinforced its military units in order to fight off the growing resistance. A massive chunk of the military deployment by the Taliban can be seen across northern Afghanistan, where most of the anti-Taliban groups are, as we have showcased earlier. The Taliban has been touting the re-deployment of military units and organization of military exercises in these areas as routine, however, the strategic deployment can be seen as a way through which the Taliban is consolidating its power in the pockets of resistance and maintain military supremacy there. Taliban have been reportedly deploying thousands of additional security forces to Takhar and Badakhshan provinces. It has also deployed as many as 10,000 additional troops to Badakhshan, Takhar, Baghlan, and Kunduz provinces. 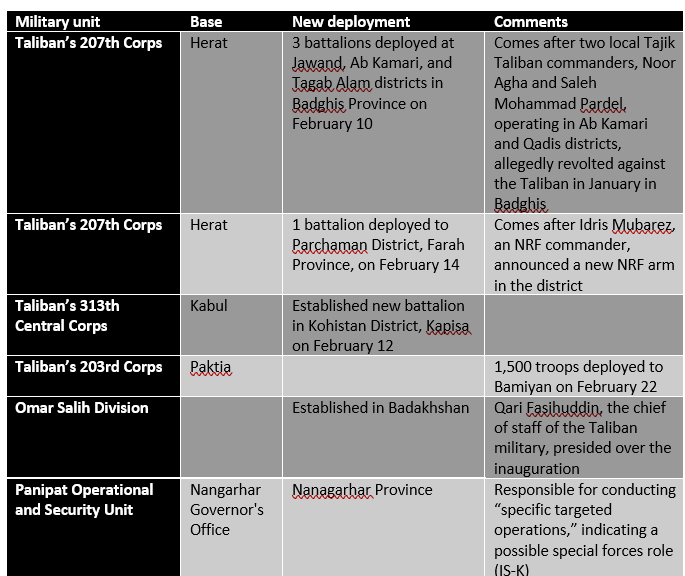 Let’s look at the geopolitical mapping of these deployments sourced from the Institute for the Study of War: 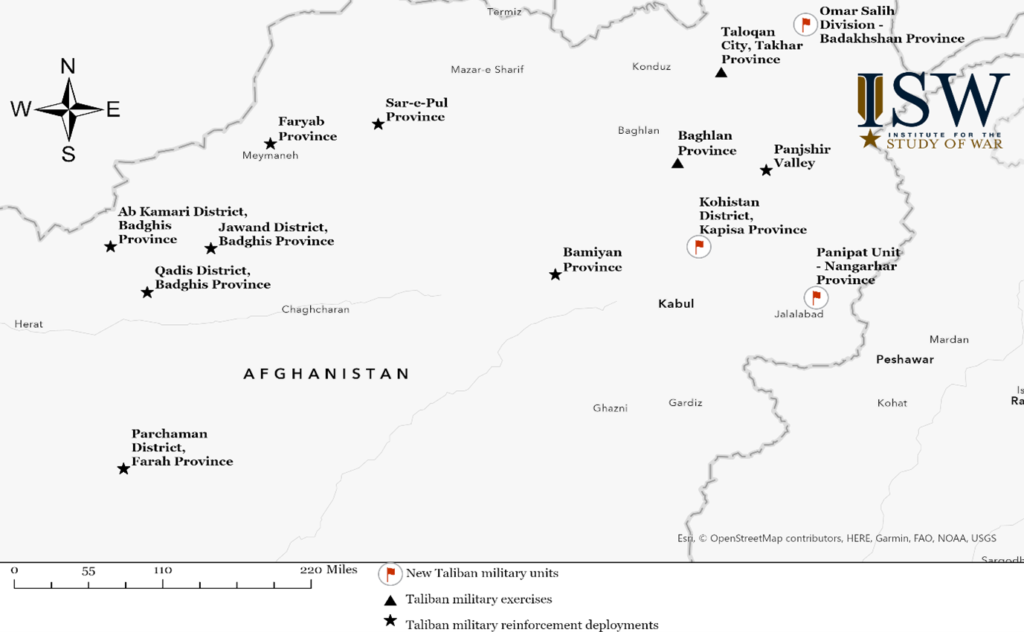 Zoom out: The geo-political mapping of opposition groups against the Taliban showcases a unique conundrum for the Taliban. The seat of its power, Kabul, is under heavy opposition fire with daily clashes being reported. Even though a faction of the Taliban has its power seat in Kandahar, which is relatively free of security incidents, the presence of high number of anti-Taliban groups in the capital province of the country really says a lot about how the Taliban’s rule is faring. Kabul and its surrounding provinces seem to be the strongholds of resistance groups which plan to slowly overthrow the Taliban’s regime. Also, another inference of the geo-political mapping is how most of these resistance groups are scattered around the borders which helps them in two ways- new recruits from across the border, mainly those Afghans who fled the country to escape Taliban’s persecution and also seek help from the neighbours, who, too are against the Taliban’s draconian policies.

What remains to be seen is how these groups can multiply themselves and present itself as a cohesive unit against the Taliban’s now more armed and experienced forces. The anti-Taliban groups are present across the country in strategic locations and can lead to much larger fight against the Taliban, if united. the situation on the ground is ripe to orchestrate a full-fledged offensive against the Taliban.

The countries which had supported the opposition to the Taliban in the 1990s, like Indian, Iran and Russia, are currently not providing the same support system to the resistance groups this time around. In the region, Tajikistan seems to be the only country openly opposed to the Taliban, however, they too have not provided any reported military or financial assistance and only plays host to exiled former Afghan leaders and warlords. Numerically too, it is difficult to put in place definite data regarding the resistance as the anti-Taliban groups tend to exaggerate their capacity while the Taliban downplays it. Currently, the only role that these resistance groups are playing is making sure there is instability in the country with the continued low-intensity conflicts across regions. It has failed to dent into the Taliban’s now better-armed and bigger military strength. However, on the bright side, they seem to be growing in number and garnering a lot of public support to overthrow the draconian Taliban regime. Taliban’s second stint at power does not seem to be going in the right direction with zero legitimacy inside the country as well as internationally and deteriorating humanitarian and economic condition on ground.

Massoud also said that the NRF tried working with regional actors to hammer out some sort of peace with the Taliban, but those efforts too failed. Massoud has urged world leaders to avoid considering the group a “Taliban 2.0” that somehow changed for the better after returning to power. “They failed in fighting international terrorism because they share the same ideology” as terrorist groups, he said. “They failed in creating inclusivity because they don’t believe in it,” he said. He also said that the leader of the resistance front said that NRF’s struggle is a lonely one because “no country is supporting us”.

In fact, on the one-year anniversary of the Kabul takeover by the Taliban, the National Resistance Front operations have kicked off in Panjshir to renew their fight against the group. 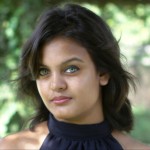 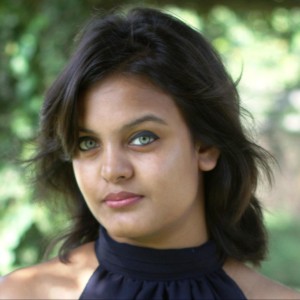