UN OCHA in their new weekly report stated that “A total of 301,341 people have been verified as having been displaced by conflict in 2018, according to OCHA’s Displacement Tracking System (DTS), an increase of 11,474 on the previous week’s total. Overall, the number of people displaced so far is 37% less than the same period last year (481,448).”

Reports suggest that there are about 500 – 600 families internally displaced within Malistan and Jaghori districts in Ghazni province. “The harsh winter conditions are a major challenge for the returning IDPs”, it was stated. 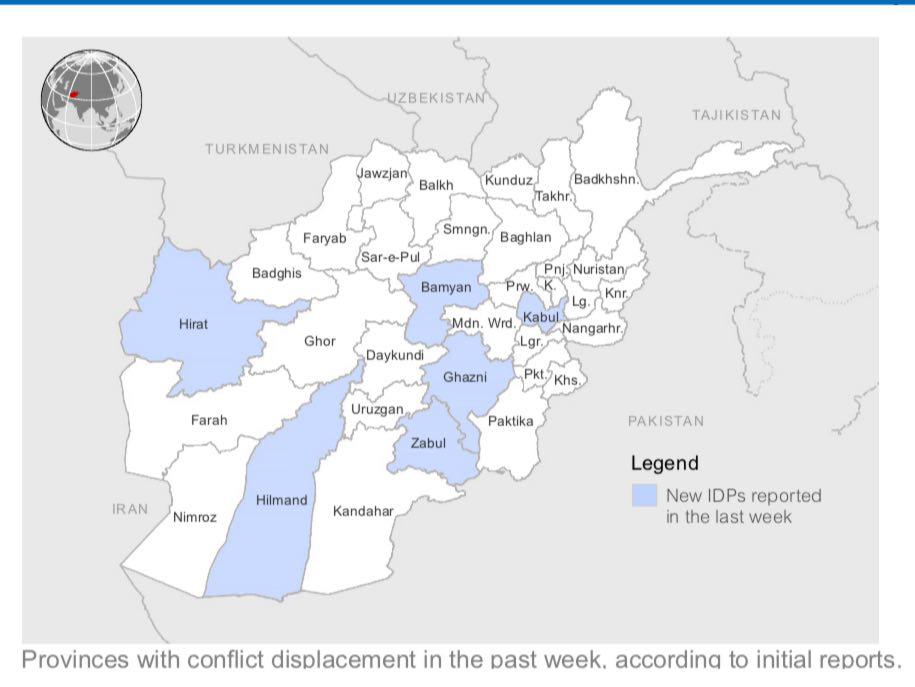 In Bamyan, the unverified figure of IDP families in Bamyan Center rose from 930 to 1,225. In Ghazni, the number of registered and unverified IDPs as per DoRR stands at 2,511 families as of 20 November 2018.