Second Vice President Sarwar Danish while addressing an event for Access to Information Commission on Sunday, expressed that peace with Taliban is indeed one of the main priorities of the NUG. He said “The Afghan government and people have welcomed and continue to welcome any steps towards peace”.

But, Danish continued to say “The Afghan nation has made important achievements in the last decades, which cannot be compromised in peace talks. Among those achievements are freedom of speech and free press.”

At the event, Abdul Subhan Rouf, the Policy, Monitoring and Evaluation deputy head of Administrative office of the president announced “Among the 15 individuals who were eligible for access to information commission, 5 of them are Aynuddin Bahadori, Zahra Musawi, Hamdullah Arbab, Najiba Maram and Fazl Bari Barialai” and he said that these people have been appointed as new members of the commission. 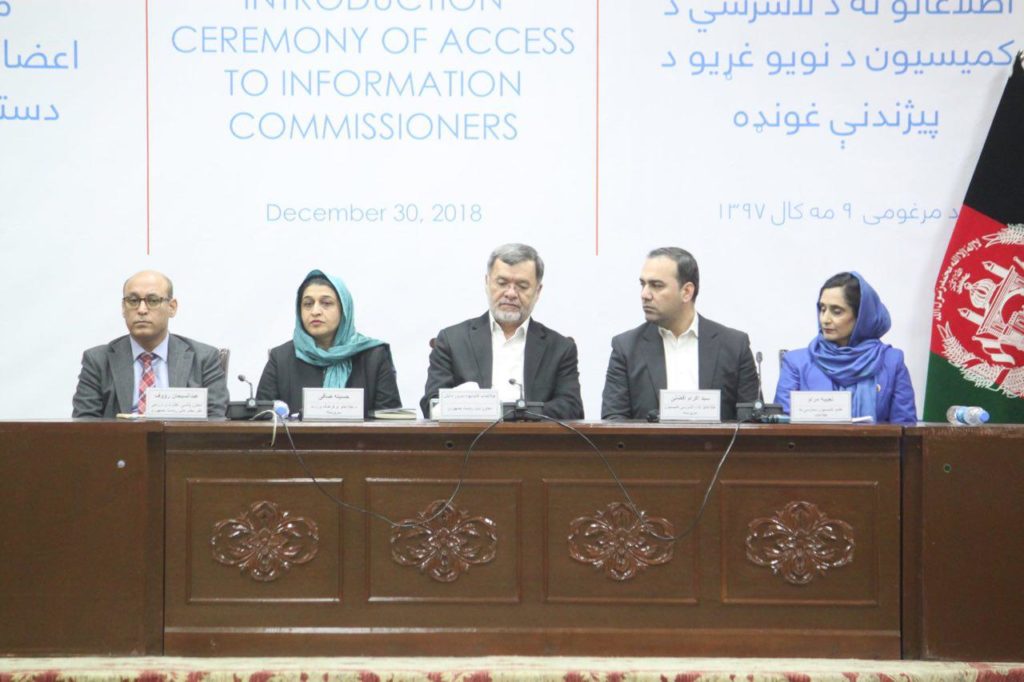 Husnia Safi, the Acting Minister of Ministry of Information and Culture explained that the above mentioned 5 individuals who have been introduced as new members of the Access to Information Commission, have a working time of five years for three of them and three years for other two. She clarified that these members have been only appointed for one term.