The United Nations Assistance Mission for Afghanistan, in a press release on Tuesday expressed the importance of domestic observers for the elections due in Afghanistan on 20th October. The statement highlighted the crucial role played by observers, candidate agents as well as political party’s monitoring personnel to prevent fraud in elections.

Tadamichi Yamamoto, the Secretary-General’s Special Representative for Afghanistan while speaking at a meeting with observers on Monday stated that “Extensive and informed coverage by Afghan non-partisan observers and candidates’ agents at the more than 5,000 polling centres is crucial. Their presence represents one of the most effective instruments to detect and deter fraud.”

Mr Yamamoto who is also the head of UNAMA additionally said “Afghan observers are the guardians of the electoral process. While candidates bear the primary responsibility for preventing fraud by instructing their supporters not to commit fraud in their names.” 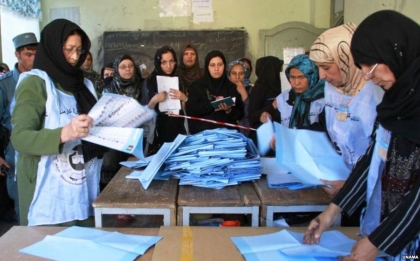 More than 250,000 domestic observers, candidates’ agents and political party monitors have registered for accreditation to scrutinize and monitor the elections on 20 October. UNAMA in the statement clarified that the organisation is in full support of this democratic spirit of Afghanistan.

Domestic observers become imperative for electoral process as they not only ensure transparency and fairness in elections but also ensure an Afghan-own process in electoral operations. This makes the Afghans the “final arbiters” of the elections.

UNAMA also encouraged and called on all voters of Afghanistan to step out and cast their vote and assured that the observers are well trained and follow the Code of Conduct duly and properly.

Just a few weeks ago there was no single observer organisation that had required finances to carry out their role for elections, but with due attention given to the matter, the finances started to pour for observer agencies.