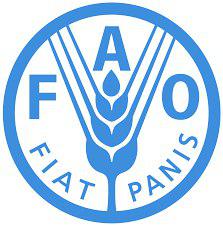 In a recent report released by the Food and Agricultural Organisation, Afghanistan tops the list of countries which have a case of gross underfunding for programs in agricultural assistance.

The statement by FAO added that “Without adequate funding, new challenges such as droughts, floods, lean seasons or conflicts could push millions of people into acute hunger and food insecurity, jeopardizing their well-being, lives and future.”

The UN agency also expressed concern about the grave nature of the crisis by pointing out that without immediate support to the agriculture-based livelihoods, there is a risk of the situation worsening further in these affected areas in the second half of 2018, with rising hunger and humanitarian needs.

On Sep 30, #USAID held an open house to showcase some of the top-selling Afghan agriculture products at the U.S. Embassy Kabul that were featured at the second annual #Passage2Prosperity: India-Afghanistan International Trade and Investment Show. https://t.co/m7AqBQY6ca pic.twitter.com/WL3NetHGN4

Dominique Burgeon, Director of FAO’s Emergency and Rehabilitation Division, Strategic Programme Leader – Resilience has commented that “We want to highlight critical needs in these underfunded crises where our resources to act are currently extremely limited. We must ensure that no one is left behind. We need to act now to provide urgent food security and livelihood interventions to save people’s lives, safeguard livelihoods and strengthen their resilience in the face of future crises. With the support of our resource partners, we can help to avert a further deterioration of food security in some of the most neglected crises in 2018.”

The FAO study results come right after USAID acknowledged the need for food security in Afghanistan and pledged along with other bodies a combined sum of $34 million.

It has also been pointed out by environmental watchdogs that Afghanistan, a country which is suffering from the longest drawn drought, is subject to extreme conditions as a result of climate change and global warming and ends up bearing the brunt for damage it has nothing to do with.