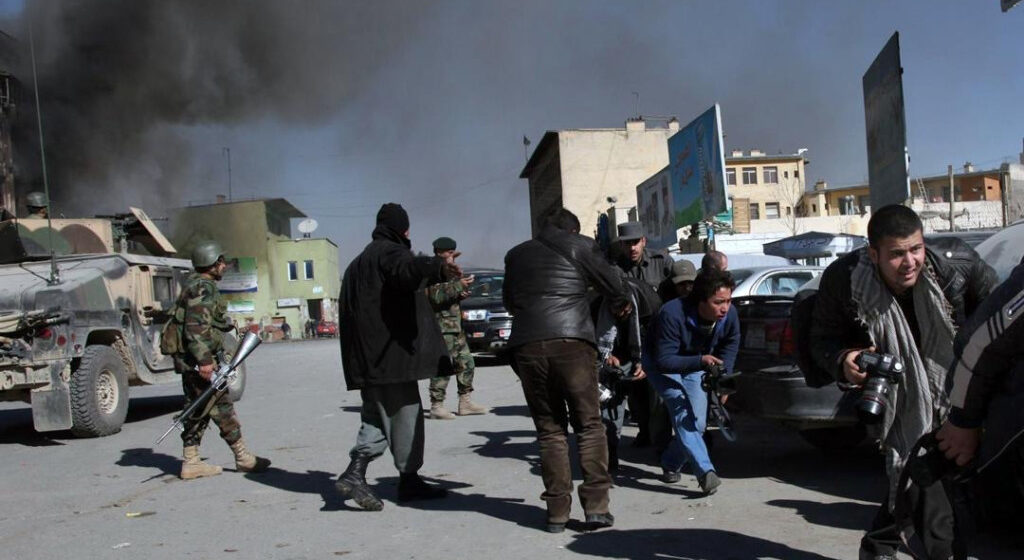 As Taliban Violence Surges In Country, Post-withdrawal Financial Support Being Chalked Out By US

Kabul: The main focus for the global leaders and the foreign troops withdrawing from Afghanistan currently is how to financially support the Afghan National Defense and Security Forces along with over-the-horizon logistical support.

This was reiterated by Pentagon Press Secretary John F. Kirby during a media briefing on Wednesday. “Right now, the focus of the post-withdrawal support to the Afghan is going to be largely through financial means, with some over-the-horizon logistical support. Marine Corps Gen. Kenneth F. McKenzie Jr., the commander of US Central Command, and his staff are working now to develop that plan in Afghanistan before the US leaves,” Kirby said.

Financial support for the Afghan National Defense and Security Forces means providing resources for salaries for soldiers and police and this support is expected to continue as it has for most of the last 15 years, Kirby said.

“We already have at our disposal over-the-horizon counterterrorism capabilities to support our desires that no additional threats to our homeland can emanate from Afghanistan,” Kirby said, adding that, however, we want to have additional capabilities, and we’re working through that.

Also, with Turkey coming to an agreement with NATO to secure the Kabul airport, Kirby said, “The airport would provide, obviously, aside from the transportation support for people and for equipment, It would also provide a needed logistical hub, not just for our embassy, but for the embassies of other nations that want to maintain diplomatic presence there in Afghanistan,” he said. “Obviously, in a country like Afghanistan, security of that logistical hub is important, and you want to make sure that, that it can … be properly ensured and protected,” he added.

Also, British special forces have been sent to Kabul to protect hundreds of UK troops as they finally prepare to leave Afghanistan after 20 years. More than 50 SAS soldiers are providing extra security for the long-awaited withdrawal from NATO’s longest foreign war against terror mission. Around 600 British soldiers and officers are still based in Kabul as part of Operation Toral, training local forces and protecting NATO officials working there.

Since May 1, at least 13,000 pieces of gear have been turned into the Defense Logistics Agency, and around 300 C-17 loads of materiel have been moved out of the country. The US central command estimates that the retrograde from Afghanistan is between 30% and 44% complete. In fact, the Estonian blue-black-white flag was lowered at a ceremony in the Afghan capital Kabul on Wednesday, marking the departure of Estonian Defense Forces (EDF) personnel who have contributed to NATO missions there, and the end of a chapter which began back in 2003.

Lt. Col. Vladislav Belov, commander of the EDF contingent in Afghanistan, said, “Lowering the flag is a sad moment, as it marks the end of something, but also means the beginning of a new chapter. In together, out together.” The nine EDF members who have fallen in Afghanistan in the past 18 years were commemorated by the event, while those who have been injured, and all the close to 3,000 personnel from Estonia who have served over that time, were also honored in the process.

Meanwhile, a United Nations Security Council report released on Wednesday has stated that an emboldened Taliban poses a severe and expanding threat to the government of Afghanistan, remains close to Al-Qaeda, and believes it can return to power by force if necessary.

Since the withdrawal of foreign troops started on May 1, violence has been on the rise across the country. According to the UN report, 2020 was the “most violent year ever recorded by the United Nations in Afghanistan.” Security incidents have risen over 60% in the first three months of 2021 compared to the same period in 2020. The UN Monitoring Team says the Taliban remains “closely aligned” with terrorist network Al-Qaeda — which has threatened “war on all fronts” against the US.

The UN team says that the Taliban is “reported to be responsible for the great majority of targeted assassinations that have become a feature of the violence in Afghanistan and that appear to be undertaken with the objective of weakening the capacity of the Government and intimidating civil society.” It also contends that part of the Taliban leadership has no interest in the peace process, saying that “both deputy leaders of the Taliban, Mullah Mohammad Yaqub Omari and Sirajuddin Haqqani are reported by Member States to oppose peace talks and favor a military solution.”

The Taliban has amassed forces around key provincial capitals and district centers, enabling them to remain poised to launch attacks. They add that many believe the Taliban are “seeking to shape future military operations when levels of departing foreign troops are no longer able to effectively respond.”

According to the UN report, member states assess that the Taliban “contest or control an estimated 50 to 70 per cent of Afghan territory outside of urban centers, while also exerting direct control over 57 per cent of district administrative centers.”

Also, while the Taliban “maintains its long-standing practice of denying the presence of foreign terrorist fighters,” the UN monitors estimate there are 8,000 to 10,000 belonging to various militant groups in Afghanistan, with most assessed to be “at minimum tolerated or protected by the Taliban.” The monitoring team believes that the Taliban are trying to exert greater control over al Qaeda but cautions that “it is impossible to assess with confidence that the Taliban will live up to its commitment to suppress any future international threat emanating from Al-Qaida in Afghanistan.”

It adds that ties between the Taliban and al Qaeda have “grown deeper as a consequence of personal bonds of marriage and shared partnership in struggle, now cemented through second generational ties.”