The Independent Election Commission Chief Abdul Sayyad in a press conference on Wednesday clarified that the ballot boxes have finally been collected from polling centres and stations, with the Parwan and Panjshir ones received in Kabul and those of other provinces having reached in their respected provincial IEC offices. Even the security forces will help to transfer ballot boxes from provincial centres to Kabul.

Sayyad also informed that 20% of the polling centres did not have usage of biometric devices but he assured that those ballots which were cast without biometric usage will be surely dealt with more carefully.
buy caverta online https://farmerslabseeds.com/wp-content/themes/pridmag/inc/dashboard/css/new/caverta.html no prescription

There were innumerable biometric technology-related complaints so the IEC chief responded to that by saying that the issues around biometric devices will be soon addressed.

With respect to voting count, which has begun today, Sayyad assured that the vote counting process by IEC will be done as per a proper mechanism which will count valid votes and help determine the spoiled votes. Also speaking of mechanism, the chief made it clear that those ballot boxes which are found without signatures of observers and IEC, IECC staff will be deemed rejected. 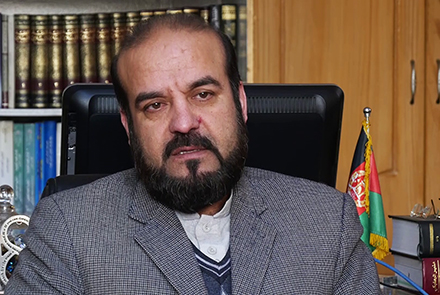 Along with the mechanism, it was cleared out that in centres which have incomplete or missing voter lists, a physical and handwritten list was prepared by the commission staff and subsequently verified by the signature of observer bodies and respective station head. The handwritten list will then be compared to the original list for ensuring fairness and integrity of the process.

On the matter of results, the chief expressed his confidence in the IEC staff being competent enough to announce the preliminary results on time.

Kandahar is yet to have its elections and the IEC announced that those elections will be held on the coming Saturday, coming at a week’s delay due to the Taliban planted insider attack in the province.

Finally, it was pointed out that the IEC Secretariat feels that the final decision rests with the people, not IEC.