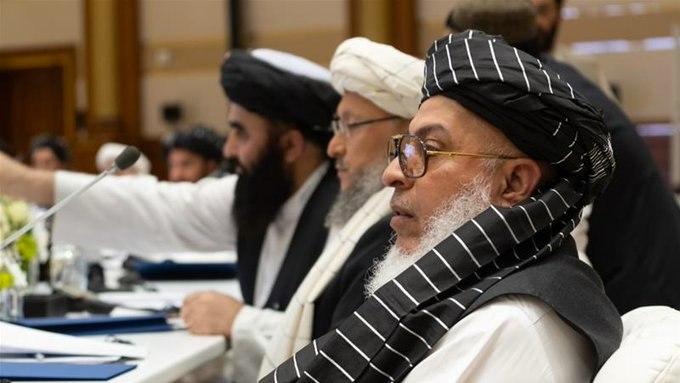 The contact groups of the Afghan government and the Taliban negotiators met in Doha on Wednesday after taking a two-day break.

Media reports and televised interviews said the meetings lasted several hours and were aimed at finalising the procedural framework for the start of the actual talks.

Al Jazeera said they had accessed the fourth and current version of the draft agenda of the terms and conditions being discussed between the contact groups.

While most points were technical, issues have emerged over the Islamic jurisprudence to be used so as to not marginalize sects within Afghanistan, the inclusivity of the Afghan society and the terminology to be used within the draft – such as “Islamic justice” instead of “social justice” and “conflict” instead of “jihad.”

The current draft, accessed by Al Jazeera showed both sides have agreed to make Hanafi jurisprudence the overarching guideline. However, it also calls for allowing other Islamic schools of thought to be applied to their respective followers since Shia Muslims are also a part of the society.

But issues related to non-Muslim minorities will be resolved in accordance with their religious laws – provided it is within the “laws of sharia.”

“An agreement has been made on 18 of the disputed points. Our contact groups today continued their discussions on the two remaining items. The perspectives [of both sides] have come closer; however, they have not reached a final agreement on these points so that we could move toward the agenda of the talks,” Attaullah Ludin, a member of the government’s negotiating team said in an interview.

He expressed hope that they will make progress within the coming days.

However, Taliban spokesperson Naeem Wardak said in an interview with TOLOnews that they had not reached a final conclusion yet in their meeting and voting would continue to resolve difference in the peace process.

“We’re stuck,” is how one delegate described the negotiations to Al Jazeera.

Last week, when the two sides appointed the contact groups, the feeling was that consensus would be reached quickly with the talks starting soon.

“I thought the procedural matters would only take a few hours,” said Sharifa Zurmati Wardak, a member of the government’s delegation told The World.

She is not part of the contact groups, but said complications are discussed with the entire delegation.

“Sometimes, they don’t agree to the points that were brought up and they have to go back with new suggestions,” she said.

“We feel a kind of heavy responsibility on our shoulders,” she said, talking about the women in Afghanistan who are counting of the delegation to safeguard the achievements of the past 19 years.

The two sides are expected to hold more meetings this week to finalize the agenda items and the procedure for the talks.