At the COP24 was held in Katowice, Poland this year and it just concluded with the participating countries settling on most of the tricky elements of the framework for putting the 2015 Paris agreement into practice.

Things that the countries agreed on was how the governments will measure, report on and verify their emissions-cutting practices, which ensures all countries sticking to the standards as well as their commitments.

The United Nations Secretary General Antonio Guterres said at the conference, “Katowice has shown once more the resilience of the Paris Agreement – our solid roadmap for climate action.
The approval of the Paris Agreement Work Programme is the basis for a transformative process which will require strengthened ambition from the international community. Science has clearly shown that we need enhanced ambition to defeat climate change.” 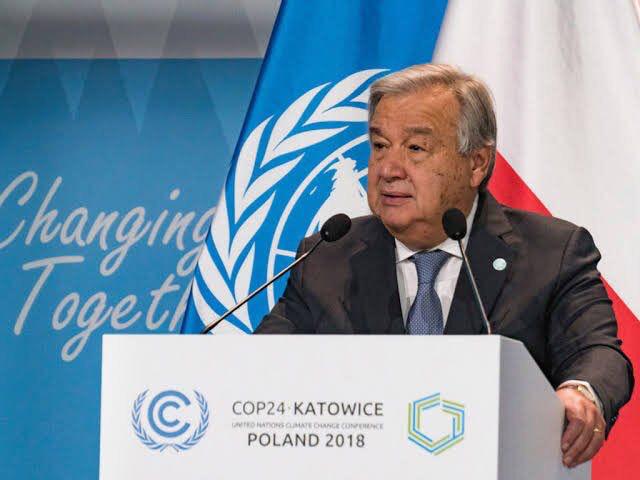 Ambition will be at the centre of the Climate Summit that I will convene in September 2019.”

Guterres explained how this very ambition will be guiding all the Member States as they prepare their Nationally Determined Contributions (NDCs) for 2020 to reverse the present trend in climate change which is still running faster than.

The agreement of parties over the key elements of the Paris Agreement 2015 comes after a long period of disagreement and row of the participants over carbon credits.

There were still, certain things that were not agreed upon. The issue of how countries will up their targets on cutting emissions was not given space of discussion.

Last month, the Intergovernmental Panel on Climate Change (IPCC), the global body of the world’s leading climate scientists, came up with the warning that if it is allowed for the warming to reach 1.5C above pre-industrial levels, there would be grave consequences,
But the US, Russia, Saudi Arabia and Kuwait teamed together to prevent the conference from looking into the IPCC’s findings.

Thankfully the EU, a few developed countries and several developing nations including the poorest and most vulnerable affirmed that they would push efforts to meet the IPCC’s advice on limiting warming to no more than 1.5C.

The COP24 goes on to show how developing countries, who are not even the first generation or second generation contributors of climate change and global warming, are ready to enforce measures to control it while the “Industrial Revolution” nations and some other countries that are taking up more resources than what Earth can replenish, are refusing to embrace a scientific finding. This is contrary to how the UNSG Guterres conceded his address at the conference “It is our duty to reach for more and I count on all of you to raise ambitions so that we can beat back climate change.”