On the first day of the conference, four side meetings were held discussing women’s empowerment, agricultural sector development, regional connectivity, industry and trade, and other corresponding issues.

At Private Sector Side Event of Geneva Conference, Afghan President Mohammad Ashraf Ghani emphasized that the agricultural production of our farmers is considerable, but the government must market these products and facilitate the export of their products to the countries of the region and European countries.

India, China, the European Union, Saudi Arabia and the Gulf States are among the sincere customers of Afghan products, according to president Ghani. 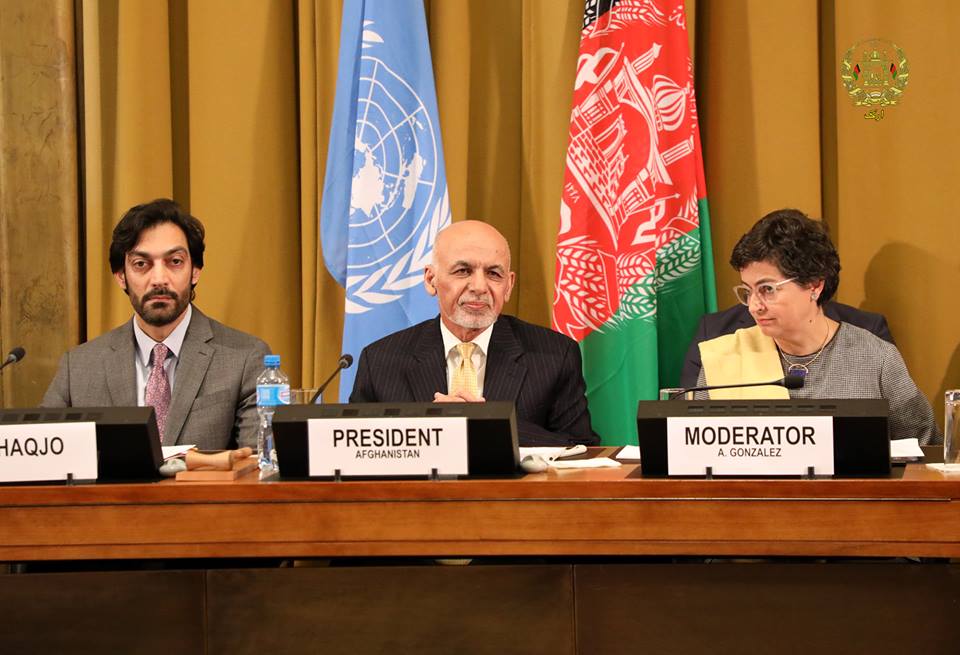 However, he expressed that Afghanistan needs to match the quality of its products with the standards of these countries.

Mr Ghani also said that Afghanistan’s exports are far less than the country’s imports. Currently the export of Afghanistan adds up to about $ 850 million while imports are about $ 4 billion, according to him.

“The main problem in manufacturing and industry in Afghanistan is that most of the work is hand-crafted and not mechanized, and this is not a failure of the people but a government failure that failed to solve the problems of the people and to systemize these sectors,” said the Afghan president.

The First Lady of Afghanistan, Rula Ghani in her presence at the Geneva ministerial conference on Afghanistan attended the Pathway to Progress meet, which is a session for the professional training for Afghan women.

In her address, Mrs Ghani expressed that the Afghan Government is focusing on various ways to help the families with differently abled children and that the government is also looking at creating day-care centres for them.

Addressing a private sector side event in Geneva on Tuesday, President Ghani said that his administration has created the legal structure for the mining sector in the country. It was also appreciated that for the first time Afghanistan this year came up with an Export Strategy.