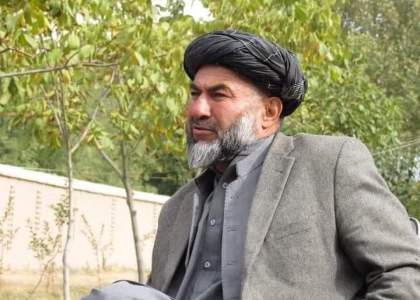 Kabul: Piram Qul Ziayee, deputy head of the National Islamic Movement party of Afghanistan, led by Marshal Abdul Rashid Dostum, was killed in a clash with Taliban fighters on Saturday in the village of Qala-e-Gerdab in the Rustaq district, confirmed local officials in Takhar province.

Khalil Asir, spokesperson for Takhar police, said that three other people affiliated with Ziayee and the popular uprising forces in Takhar were also wounded during the clashes.

Inayatullah Babar Farahmand, the first deputy head of the High Council for National Reconciliation, called Ziayee a fighter, honest Mujahid, and military man. “Ziayee had a valuable and important impact on the security, stability and tranquility of the people in the northeastern provinces of the country. His death is an irreparable loss and a great sorrow for the people,” he said.

Ziayee was also a member of the House of Representatives in the 15th round. The Taliban has not yet commented on the matter.

This comes even as violence is increasing across Afghanistan as clashes and counter-clashes between the Afghan forces and Taliban are being witnessed in various provinces. The Taliban has warned of more bloodshed because Washington, according to the group, has violated the Doha agreement of withdrawing troops by May 1. However, US and NATO forces have started their formal withdrawal from the war-ravaged country and will complete it by September 11.

With the formal withdrawal, many army camps are also being transferred to the Afghan government now. On Sunday, Camp Antonik in Helmand province was officially handed over to the ANA’s 215 Maiwand Corp on Sunday, the Ministry of Defense said.

The ministry says the camp will be used as a base for Afghan special forces. The 215th Maiwand Corps also said in a statement that the “camp of US troops based in Helmand had handed over to Afghan forces on Sunday morning”.

Meanwhile, Mohammad Yasin Zia, the army’s chief of staff and acting defense minister, said that work was under way on “logistical” issues for the withdrawal of foreign troops, after which their bases would be handed over to Afghan forces.