On Monday, the United States imposed the ‘toughest’ sanctions on Iran with an aim to check and curtail the country’s ‘defiant behaviour’. The coverage of sanctions spreads over Iran’s banking and energy sectors, and a notable impact of the sanctions would be that they reintroduce penalties for any country or company that does not stop importing oil from Iran.

However these sanctions, as per many blocs like China, India, South Korea, Japan, and Afghanistan, are equally harmful for the above countries as they claim that they are dependent on oil import from Iran, and some services like Iran’s Chabahar port are a key driver of trade and transport for them.

Eight hours into the imposition of sanctions by US, their Secretary of State Mike Pompeo announced, as a rather big relief, that a waiver is granted to India, China, Italy, Greece, Japan, South Korea, Taiwan, and Turkey. These countries are now temporarily allowed to continue with oil imports from Iran. 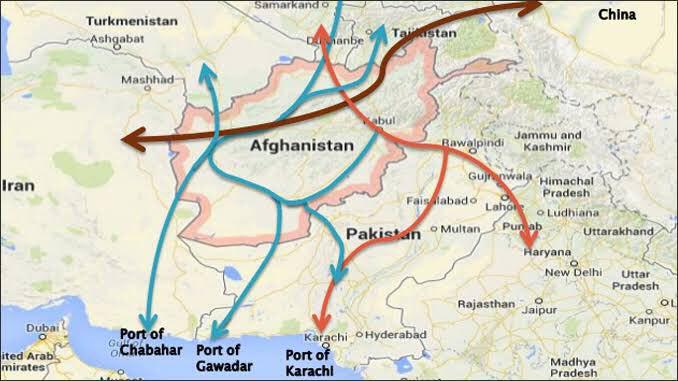 The remaining issue was Chabahar port, for which Afghanistan and India especially needed an exemption. Fortunately, it was announced by spokesperson of US State Department that “After extensive consideration, the Secretary (of State) has provided for an exception from imposition of certain sanctions under the Iran Freedom and Counter-Proliferation Act of 2012, with respect to the development of Chabahar Port, construction of an associated railway and for shipment of non-sanctionable goods through the port for Afghanistan’s use, as well as the country’s continued imports of Iranian petroleum products.”

US State Department’s spokesperson, regarding the Chabahar port said that “This exception relates to reconstruction assistance and economic development for Afghanistan. These activities are vital for the ongoing support of Afghanistan’s growth and humanitarian relief.”

Chabahar port is situated in the Sistan-Baluchistan province and is an easy access to India and Afghanistan, when they want to bypass Pakistan’s Gwadar port. In May 2016, Afghanistan, Iran, and India signed a pact which sought the establishment of the Transit and Transport Corridor among the three and this is where the Chabahar port’s use was put into place. The port is supposed to be the access point for not just trade activities but also for various humanitarian relief material’s transit and transport hub for Afghanistan.

The US had announced about sanctions on Iran several months back, under Trump administration. The Iran Nuclear Deal has also seen a sudden fall due to Donald Trump’s policies. But countries like India and Afghanistan which have benefits and support to acquire from Chabahar port, made their stance clear to the US. This was especially communicated with US Secretary of State Pompeo and US Defense Secretary Mattis, when they visited India for 2+2 dialogue and during Mattis’s visit to Kabul.