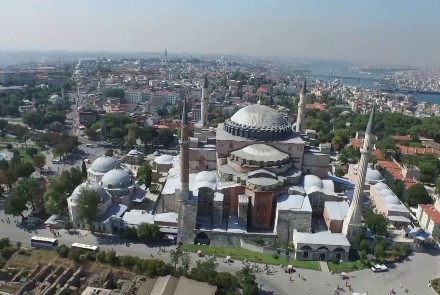 Kabul: A document highlighting guiding principles and other pertinent points for the Istanbul Summit, scheduled to be held in Turkey from April 16, was handed to the negotiators of the Afghan peace process, as per media reports on Sunday.

There are nine guiding principles which will help the negotiators present a unified stand at the Summit, including, call for a permanent ceasefire, equal right for all citizens, a transitional government and joint cooperation of all stakeholders involved, among others. The nine points are:

1) Lasting ceasefire: All Afghans have suffered due to multiple conflicts and they seek an end to the war. We are committed to accepting their call for a peaceful Afghanistan through political participation and a lasting and inclusive ceasefire.

2) Joint cooperation: The two sides have agreed to work together without mutual accusation, in a peaceful spirit to achieve the common goal of being united, peaceful, stable, independent and Islamic representative of Afghanistan.

3) Political partnership: Islam is the official religion of Afghanistan and a source of strength and pride for the people of this country. Political participation will be realized in accordance with Islamic principles. The political destiny and future of Afghanistan must be guaranteed by free and fair elections.

4) Creation of transitional government: We are committed to a participatory government, inclusive, accountable to the people of Afghanistan, acting within the framework of a constitution. We agree to act promptly to achieve a political partnership that includes a mutually acceptable transitional government for a given period that could lead to a new permanent government and a definitive end to the conflict.

5) Equal rights: Afghanistan is a country with vast diversity. All future political arrangements need to reflect this diversity by guaranteeing equal rights for all citizens without discrimination. Women must be equal partners in all spheres of life, and their rights will be protected within the framework of Islamic values and in accordance with Afghanistan’s international obligations.

6) We are committed to protecting the human rights of all Afghans. We acknowledge the existence of millions of victims on all sides and are actively working to heal the wounds of the war to achieve a real coexistence.

9) Ensure a permanent end to war: We engage in a process of peaceful negotiation in order to implement these principles in order to achieve a transit system and ultimately establish a permanent political structure in an atmosphere free from violence and mutual respect.

Meanwhile, Abdullah Abdullah, head of the High Council for National Reconciliation, said that he has received the final draft of the peace proposal from the sub-committee of the Leadership Committee of the reconciliation council on Sunday. The announcement comes close on the heels of the statement by the Afghan vice-president Amrullah Saleh that the Turkish Summit is likely to convene this week. World leaders, the United Nations, the Taliban and other stakeholders are expected to meet in Istanbul on April 16 to discuss the peace roadmap for Afghanistan and possible ceasefire in the region. President Ghani too, while emphasizing that there is no shortcut to peace and that the peace process cannot be carried out in a hurry, said on Sunday that his plan to move beyond a state of war to just and lasting peace in the country is very clear.