A specific advantage of this was observed in the Asia Qonaq village of Balkh district where previously, farmers had poor harvest because of leaky irrigation system which wasted water.

The On-Farm Water Management Project (OFWMP) rehabilitated and improved a section of the main irrigation canal in this village, which forms the “backbone of the Asia Qonaq irrigation scheme.”

80% people in the Asia Qonaq village have their livelihoods dependent on agriculture, which means that their dependence on water for irrigation was crucial. 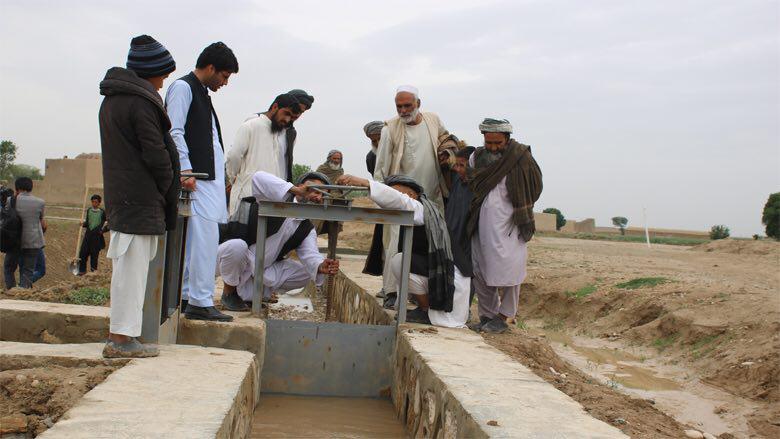 The rehabilitation took place on the 1813 metre section of the canal and it costed 7.2 million Afghanis. The World Bank story notes that “The entire irrigation scheme, including smaller channels, totals four kilometers and takes water from Balkh creek to irrigate 328 hectares of farmland in three villages, including Asia Qonaq. The rest of the scheme will be reconstructed during next phase of the project.”

The OFWMP is implemented by the Ministry of Agriculture, Irrigation, and Livestock (MAIL) and supported by the Afghanistan Reconstruction Trust Fund (ARTF), administered by the World Bank on behalf of 34 donors. The main target of this project is to support the irrigation and water system for farm activities. It has 107 canal rehabilitation projects under the programme now out of which 73 have already been completed.

Masumullah Arifi, OFWMP regional manager of the northern region, confirms that rehabilitating existing irrigation canals has had direct benefits. “Based on our mid-term survey in the places where we have implemented projects, the amount of water wastage has decreased by 25 percent and farming productivity has increased 25 percent,” he says.

This project has been a success, as is noted by World Bank across the canals worked on in Afghanistan.

“After receiving water management training, the farmers in Asia Qonaq village aim to keep the improved section of the irrigation canal safe from damage and hope OFWMP will rehabilitate the remaining sections of the scheme to reduce water wastage to zero,” World Bank observed.
buy vibramycin online http://www.suncoastseminars.com/assets/new/vibramycin.html no prescription