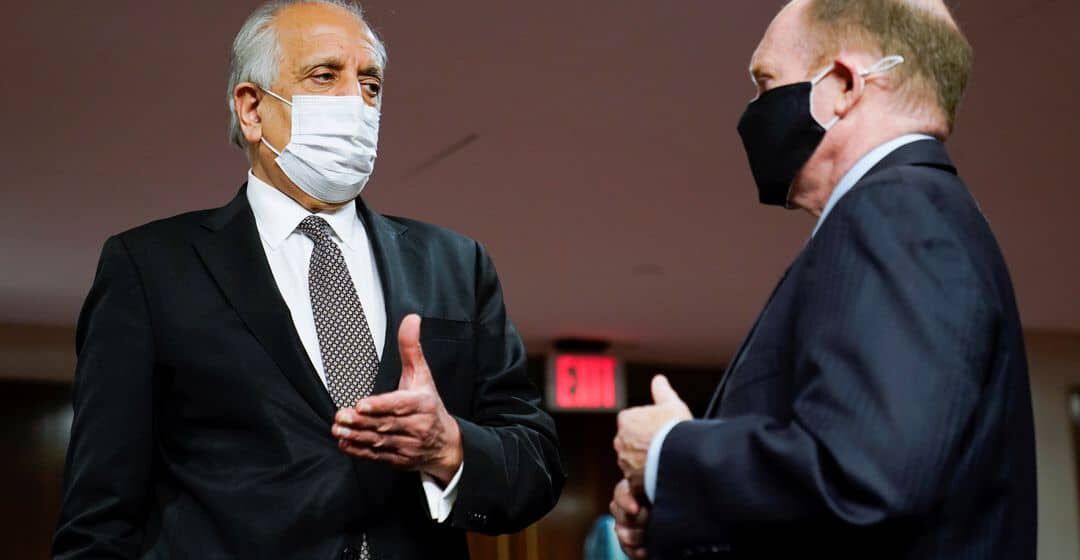 If Taliban Takes Over, US Foreign Aid Will Be Cut Off: US Senators

Kabul: With growing concerns of Afghanistan falling into chaos once foreign troops withdrawal from the country by September 11, senior US Senate authorizers and appropriators have warned on Tuesday that if the Taliban manages to take over the country and roll back human rights advances made over the years, all foreign aid would be cut off.

Us President Joe Biden had announced earlier this month that all troops would be withdrawn by September 11, ending the 20-year war in Afghanistan. Security experts, lawmakers and even independent experts are wary that a hasty exit from Afghanistan will lead to civil war in the country as Taliban has too warned of violence if the May 1 deadline set by Doha Agreement is not met.

Lawmakers are grappling with what that will mean not only for US counterterrorism operations if the Taliban manages to topple the government as they did in 1990s after the Soviet pullout, but also for the future status of Afghan women and minorities as well as the billions of dollars in annual foreign assistance that taxpayers provide to the country.

Human rights organizations are also worried that the gains made in girls’ and women’s education and in female public representation in society will be reversed if the Taliban takes over. Since 2002, Congress has appropriated more than $143 billion in overall aid for Afghanistan, according to the CRS brief. Over two-thirds of that has been for security assistance and a quarter, or nearly $36 billion, has been in governance and development assistance.

Speaking at a Senate Foreign Relations hearing on Tuesday with Zalmay Khalilzad, US special envoy for peace talks in Afghanistan, Chairman Bob Menendez, said he wanted to be “crystal clear” to the Taliban as the group considers a negotiating strategy toward the Afghan government led by President Ashraf Ghani.

“I don’t believe under any circumstances that the United States Senate will support assistance for Afghanistan, especially under the World Bank’s program, which provides budget support, if the Taliban has taken a governing role that ends civil society advances and rolls back women’s rights,” Menendez said. “I don’t believe we will bend on this point.”

Senator Chris Coons, who leads the Appropriations subcommittee responsible for foreign aid, said, “I will continue to support robust development assistance for the Afghan government and the Afghan people but not if there is a takeover by the Taliban and they break some basic commitments to respecting the role of women and fundamental human rights and the democratic process.”