He also added that “The Council must address these malign activities.”

He explained that according to US, “Iran’s regime has exploited the goodwill of nations and defied multiple UNSC Resolutions in pursuit of a ballistic missile force. The United States will never stand for this. No nation that seeks peace and prosperity in the Middle East should either”.

He expressed gratitude towards other countries for showing support to curtail Iran in such activities “Thanks to France, Germany, and the UK for joining the U.S. in raising concerns about the Iranian regime’s reckless missile activity. Iran is in open defiance of UNSCR 2231. That’s indisputable.”

He conceded that “The U.S. will be relentless in building a coalition to confront the Iranian regime’s ballistic missile activity—and other malign behavior, including the abuse of its own people. We will keep standing with ordinary Iranians, who are the regime’s longest-suffering victims.” 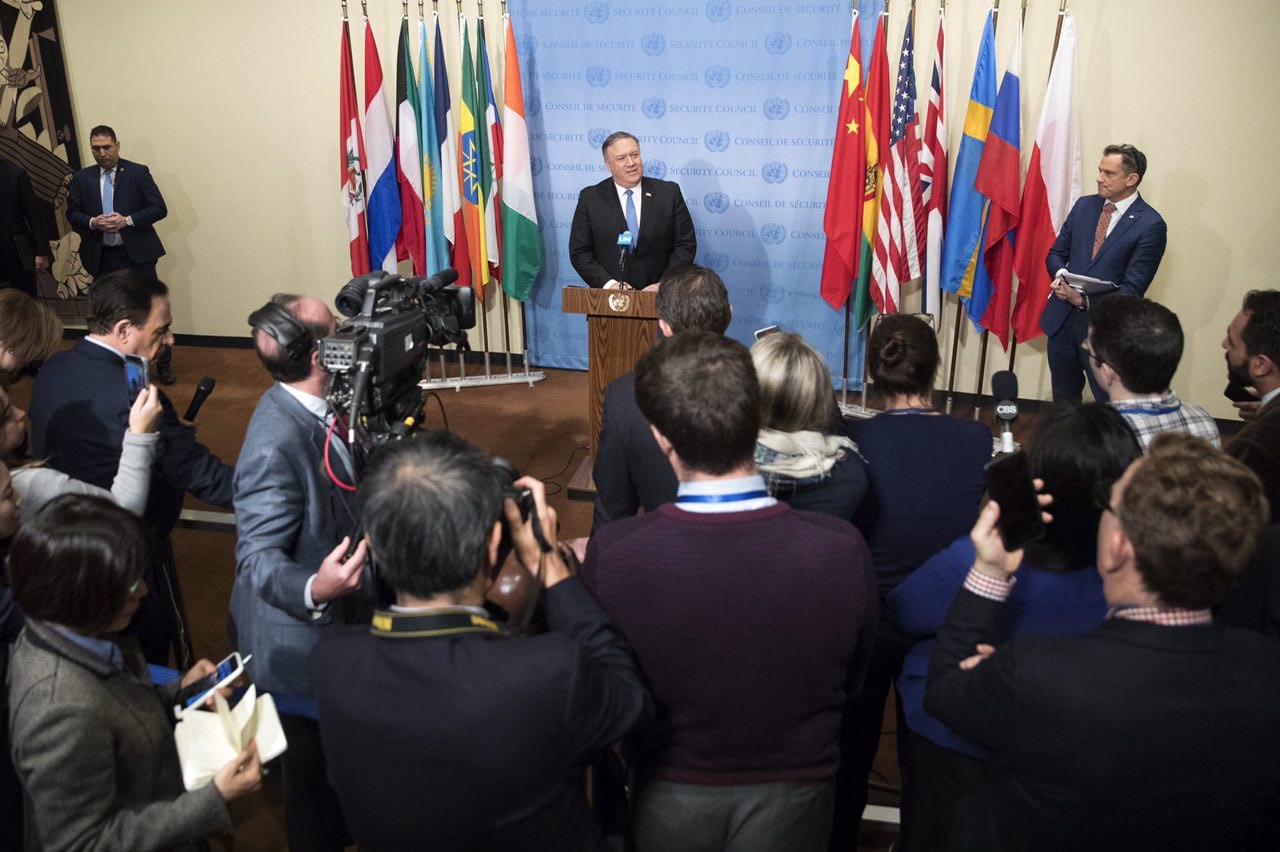 At a press conference later, Pompeo said “We’re going to work with a coalition to build out a set of responses that deliver deterrence against Iran and its continued proliferation of ballistic missiles and ballistic missile systems that have the potential to carry nuclear warheads.”

According to Pompeo, Iran has been on a ‘testing spree’ and a ‘proliferation spree’ which has to end. “We want to work with all members of the Security Council to reimpose tougher restrictions on the Iranian ballistic missiles”, he said.

He also clarified later in the press conference about the UNSC Conference on Iran saying “We had a productive Security Council meeting where the United States made clear that Iran’s ballistic missile activity is out of control and that they are defying the UN Security Council 2231 in numerous ways.”