The day after a suicide car bombing killed at least 13 people and wounded over a 100 in Ghor, the U.S. Special Representative for Afghanistan Zalmay Khalilzad warned that the continued high levels of violence and the Taliban’s remarks about Doha agreement violations could harm the peace process.

Khalilzad in a series of tweets on Sunday, said that “unfounded charges of violations and inflammatory rhetoric do not advance peace.”

“Violence has stalked Afghans for far too long. It has robbed far too many Afghans of their loved ones. The tragedy in Ghor today is the most recent example,” he said.

He advised “strict adherence to all articles of the U.S.-Taliban Agreement and U.S.-Afghanistan Joint Declaration” and asked the warring parties to “not neglect the commitment to gradually reduce violence.”

The U.S. peace envoy said that violence remained “distressingly high” despite the recent reaffirmation of the need for substantial reduction, referring to the meetings between himself, commander of the U.S. Forces and NATO Resolute Support Gen. Scott Miller and the Taliban in Doha.

He said that in the Doha meeting, they had “re-set” operations and all sides agreed to decrease attacks and strikes and reduce violence and casualties. But although violence in Helmand has decreased, violence overall in the country remains high, he said.

“The belief that says violence must escalate to win concessions at the negotiating table is very risky. Such an approach can undermine the peace process and repeats past miscalculations by Afghan leaders,” the diplomat said.

“Our expectation has been and remains that violence comes down and stays down.”

The U.S. State Department retweeted Khalilzad’s tweets and said that they rejected the Taliban’s allegations of having violated the Doha agreement.

“Full adherence to the U.S.-Taliban Agreement and the U.S.-Afghanistan Joint Declaration is critical to advancing the peace process.” 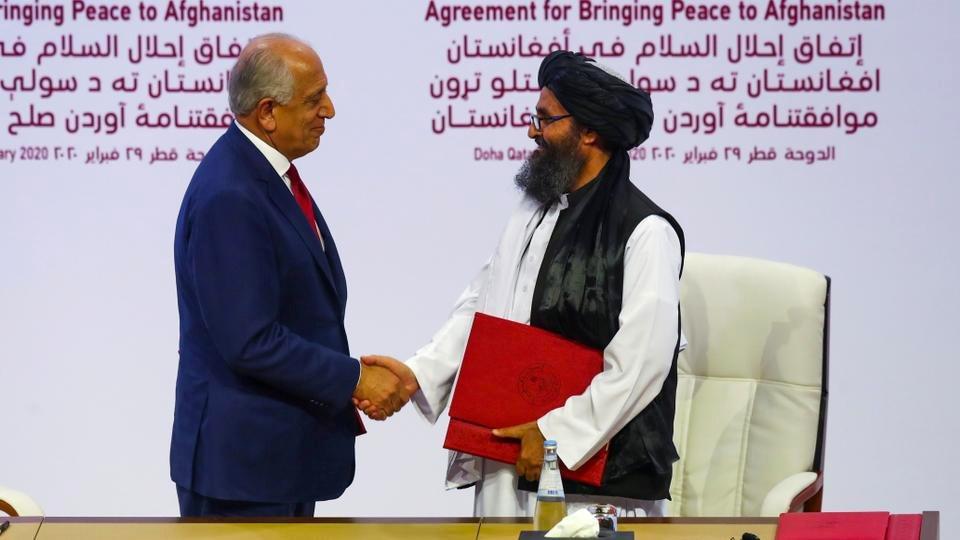 The U.S. military on Sunday had defended their air strikes against the Taliban fighters as the insurgent group accused them of violating their signed February agreement and warned of consequences.

The Taliban launched a major offensive in Helmand in a bid to take over the centre, prompting U.S. air strikes in support of Afghan security forces.

The group accused the U.S. Forces in Afghanistan (USFOR-A) of bombing non-conflict zones in Helmand, Farah and a few other provinces.

“Responsibility and consequences from continuation of such actions shall fall squarely on the shoulders of the American side,” Ahmadi warned.

Col. Sonny Leggett, spokesperson for USFOR-A, denied that the strikes violated the agreement and said the airstrikes have been and continue to be solely in defence of the Afghan security forces as they are being attacked by the Taliban.

“The entire world has witnessed the Taliban’s offensive operations in Helmand – attacks which injured and displaced thousands of innocent Afghan civilians,” Leggett said, reiterating a call for “all sides” to reduce violence.