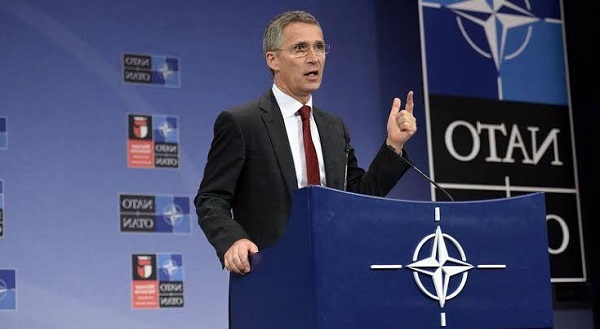 “We fully support the efforts led by the United States to end the conflict and to achieve a peaceful solution, our allies are consulting closely on the way forward,” said Stoltenberg.

“The Taliban must understand they cannot win on the battlefield. They must commit to a reduction in violence and show that they are committed to a peaceful future in Afghanistan,” he said.

“…We believe and we are convinced the best way for NATO to create conditions for peace is to support, train, assist and advise the Afghan security forces, so they are able to send a clear message to Taliban, to terrorists that nothing will be won on the battlefield, and they have to sit down at the negotiating table and make compromises, reduce violence and engage in intra-Afghan dialogue,” said Stoltenberg.

Referencing Trump’s request of NATO to do more in the Middle East, he said they are “looking into” doing more in Iraq, and the way to do that is with training, as in Afghanistan, with the training missions of Afghan forces.

He also condemned the suicide attack in Kabul on Tuesday close to the Marshal Fahim military academy in PD5 of Kabul that killed at least three military personnel and two civilians and wounded 12 others including five civilians.

“I strongly condemn the attack in Kabul this morning,” he said , who says NATO is consulting with allies and US envoy about peace in Afghanistan. NATO will continue training mission to “create conditions for peace.”