Almost a week since the fights between the Taliban and the Afghan security forces started in Helmand, Emergency, a medical non-governmental organisation (NGO), said their surgical centres in Lashkar Gah have reached capacity.

“Our Surgical Centre for War Victims in Lashkar-Gah is now saturated,” the organisation said in a press release on Friday. “We have already added emergency beds and now are only able to admit the most seriously injured patients, while referring those with minor injuries to other hospitals.”

Médecins Sans Frontières (MSF) also said that the main trauma centre has been under pressure and the Boost Provincial Hospital has been acting as an overflow facility to respond to the crisis.

Since Oct.11, Emergency says they have received 132 patients with war injuries as the security situation deteriorated and fighting intensified.

“Civilians are paying the price for this offensive, trapped by the crossfire and often hit by mortars, rockets and grenades. Most of the patients we are currently admitting to the hospital suffer complicated injuries, which require complex surgery and a long hospital stay,” said Marco Puntin, Programme Coordinator in Afghanistan.

The NGO noted that all the main roads connecting the city of Lashkar Gah to the rest of the country remain blocked, and telephone communications with the area are extremely difficult.

“The gap between the raised hopes of the peace negotiations in Doha and the harrowing daily reality of those who have seen their lives destroyed by fighting is abysmal,” the NGO said.

The U.S. Special Representative for Afghanistan Reconciliation Zalmay Khalilzad said on Thursday that an agreement had been struck with the Taliban to “re-set” their commitments under their bilateral deal signed in February.

Khalilzad tweeted that he and commander of the U.S. forces and NATO Resolute Support, Gen. Scott Miller, held several meetings with the Taliban.

“We agreed to re-set actions by strictly adhering to the implementation of all elements of the U.S.-Taliban Agreement and all commitments made,” he said. “This means reduced numbers of operations. At present too many Afghans are dying. With the re-set, we expect that number to drop significantly.” 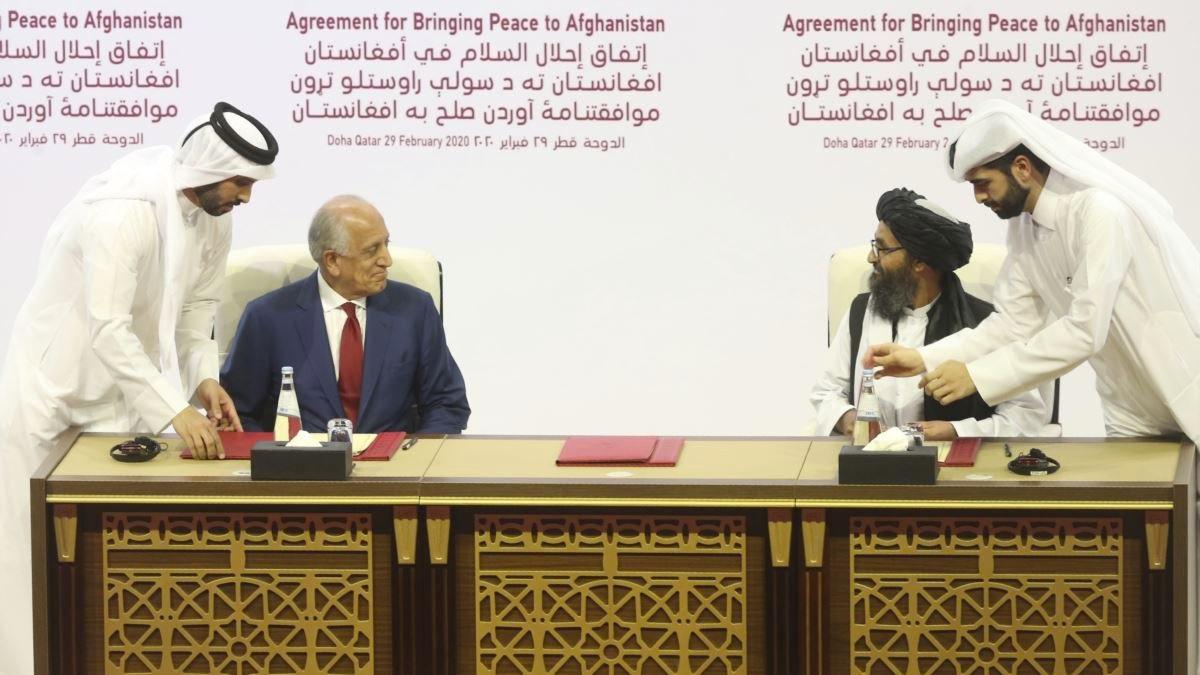 However, the Taliban also tweeted their version of the meetings with Khalilzad and said that both sides “emphasized the importance of the agreement” and talked about its “good implementation.”

“Likewise, the two sides generally ought to put the attention to their responsibilities and strive that the agreement is well and fully implemented,” Taliban’s political office spokesperson Naeem Wardak tweeted.

His tweet provided no clarity on which facets of the agreement were being discussed.

On Thursday, Helmand Gov. Yasin Khan said foreign fighters associated with Al Qaeda, and Jaish-e-Mohammed (JeM) and Lashkar-e-Taiba (LeT) are supporting the Taliban by providing military training and bomb-making knowledge in the province.

Former intelligence chief Rahmatullah Nabil had previously stated that the groups in Helmand are under the influence of Iran.