“Protect Education from Attack” under the aegis of UNICEF has brought out a report “Attacks on Education in Afghanistan” which highlights the various challenges faced in education sphere in the country.

UNICEF notes that as of 2018, 3.7 million children between the ages of 7 and 17 years remain out of school, in Afghanistan while others are at risk of dropping out. The report added that “the numbers of out of school children appear to be rising for the first time since 2002. At all ages, girls are less likely to be attending school than boys; around 2.2 million of the out of school children are reported to be girls.” 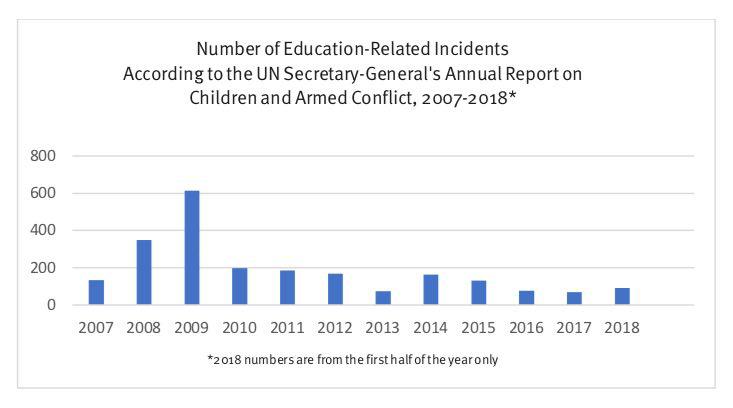 The Ministry of Education and international agencies have identified social and cultural attitudes, child marriage, poverty, violence and bullying at and on the way to school, lack of educational infrastructure, overcrowding, chronic teacher shortages, and insecurity, including attacks on education and military use of educational facilities, as some of the key factors preventing children from going to school.

But it was pointed out that rising insecurity and attacks on education appear to be having a “particularly negative effect on school attendance.”

In fact, it was observer that since 2014, non-state armed groups have expanded the areas where they exert control and have carried out numerous attacks on civilians and civilian infrastructure which makes approximately 40 percent of Afghanistan either under control of or contested by non-state armed groups.

This makes it more natural for “the more insecure provinces to have higher rates of children out of school,” UNICEF notes.

Thus, UNICEF has conceded on the basis of its findings that ongoing conflict has drastically reduced the availability of educational facil- ities.