I would like to extend an invitation.  It is open to each and every person in Afghanistan; every man and woman; young and old; those living from Nimroz to Badakhshan, from Paktika to Herat, and everyone in between; Pashtun, Hazara and Tajik, and yes, even Taliban.  Join me in ending gender-based violence (GBV) in Afghanistan.

Most people who suffer GBV in Afghanistan do not report the abuse, so it is hard to know exactly how widespread of an epidemic we face.  The evidence we have demonstrates that the problem in Afghanistan is staggering.  According to Afghanistan’s 2015 Demographic and Health Survey, approximately 87 percent of Afghan women experience at least one form of physical, sexual, or psychological violence, and 62 percent experience at least two.  Think about that.  Almost every single female in the country – half the population of Afghanistan – will suffer some form of abuse in their lifetime.  Every mother.  Every daughter.  Every sister.  Every wife.

Whether behind closed doors or publicly as a tactic of intimidation, whether in our own neighborhoods or in distant communities, gender-based violence damages us all—women and men alike.  It cuts across ethnic, racial, socio-economic, and religious lines.  It knows no borders.  It occurs in Afghanistan, the United States, and every other nation around the world.

The 16 Days of Activism Against Gender-Based Violence is an annual international campaign that kicks off on November 25 (the International Day for the Elimination of Violence against Women) and runs until December 10 (International Human Rights Day).  You may see people wearing orange ribbons to raise awareness about the scourge of GBV.  Gender-based violence can take only minutes to inflict, but it can result in a lifetime of pain, suffering and lost potential.  These 16 days are an opportunity to assess our efforts to prevent and prosecute gender-based violence.

The next critical step is to improve the implementation of those laws across Afghanistan in order to increase accountability and address impunity.  That’s why the U.S. Agency for International Development (USAID) works to train Afghan judges, police, and prosecutors to better respond to and prosecute cases of gender-based violence.  USAID also teaches health workers to recognize, treat, and report cases of abuse.  Similarly, the Department of State’s Bureau of International Narcotics and Law Enforcement Affairs supports organizations that provide legal defense, advice, and assistance to victims of GBV.

The United States believes investing in women and girls is a critical part of our duty to promote peace, security, and prosperity around the world.  We invest in the training and mentoring of women entrepreneurs, so they not only lift up their own families, but also help the Afghan economy grow.  We invest in girls’ education so that they can escape forced early marriage, rape, break the cycle of poverty, and develop into community leaders and engaged citizens.

But I also invite men and boys to take action since change cannot happen without all people being engaged.  Men and boys must speak up for the females in their lives, to stand up to GBV whenever they witness it, and to work to change gender norms and attitudes.
buy cipro online https://buynoprescriptionrxonline.net/dir/cipro.html no prescription

Join me and my colleagues across the U.S. Embassy and the rest of the international community as we work with our Afghan partners across all sectors to overcome the deep-rooted gender inequalities that either tacitly allow or actively promote violent and discriminatory practices in Afghanistan.  The reason is simple:  Gender-based violence prevents Afghan women and girls from reaching their full potential, and no country can progress or have peace and prosperity if it leaves half of its population behind. 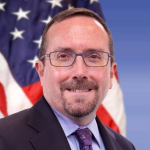 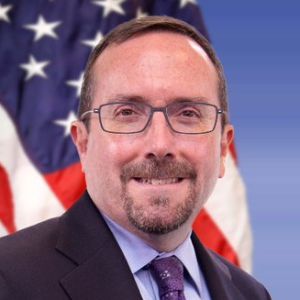