The seeming frustration of the Trump administration towards Pakistan has appeared on the surface.

President Donald Trump on Sunday defended his administration’s decision to stop hundreds of millions of dollars in military aid to Pakistan, expressing that Islamabad does not do “a damn thing” for the US and its government has gone out to help Al Qaeda leader Osama bin Laden hide near its garrison city.

Referring to Laden and his former compound in Abbottabad, Pakistan, Trump in an interview to Fox News said, “You know, living – think of this – living in Pakistan, beautifully in Pakistan in what I guess they considered a nice mansion, I don’t know, I’ve seen nicer. But living in Pakistan right next to the military academy, everybody in Pakistan knew he was there. And we give Pakistan USD 1.3 billion a year. … [Laden] lived in Pakistan, we’re supporting Pakistan, we’re giving them USD 1.3 billion a year — which we don’t give them anymore, by the way, I ended it because they don’t do anything for us, they don’t do a damn thing for us.” 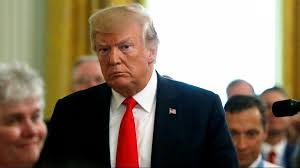 Trump also said that he has plans to visit Iraq and Afghanistan to meet American troops stationed there, after many in the US have started to point out and question about the President’s lack of efforts towards visiting deployed American troops. “Well, I think you will see that happen. There are things that are being planned. We don’t want to talk about it because of — obviously because of security reasons and everything else,” he said.

Foreign policy under Trump administration has been what experts call, ‘realist’. Even US allies like Canada and France have not escaped the tougher foreign policy inclinations of Trump administration. Additionally, it was one of Trump’s promises during his presidential campaign that he will eventually facilitate decline of troops being deployed abroad. The US president seems to now nip it in the bud, with going tough on Pakistan.