Pompeo: US Troops ‘Down To Zero’ In Afghanistan By Spring 2021 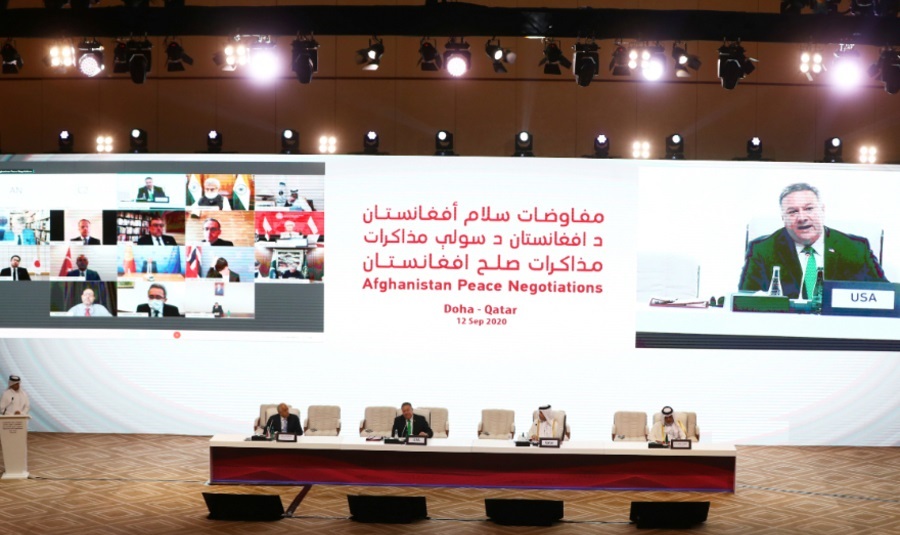 U.S. Secretary of State Mike Pompeo, in an exclusive interview with Breitbart News said that the military is on track for a full withdrawal of all American forces from Afghanistan by the spring of 2021.

Speaking to Breitbart on his way back from the opening ceremony of the peace talks between the Afghan government and the Taliban in Qatar, Pompeo said troop withdrawal was moving on pace with the Feb. 29 agreement signed between the U.S. and the Taliban.

He added that complete withdrawal of forces remained based on three conditions.

Second, they [Afghan government and the Taliban] have to engage in these conversations [peace negotiations] in a way that is substantive and not just physically sit in the room, but they need to have serious conversations and begin to work their way through it.

Then, third, they have a responsibility as part of that to ensure that outside actors don’t act as spoilers for this, and there are many hands who would like to see this undone and would like to see America mired in Afghanistan for another 20 years.”

Pompeo added that both the Afghan government and the Taliban had a responsibility to fulfil the conditions and the U.S. was keeping track.

“There’s a set of CT metrics that’s pretty clearly laid out. We’ll measure them and the president will make a decision if there’s sufficient compliance to get us to zero. I think we’re on a pathway to achieve that,” said the Secretary of State.

“Nineteen years after 9/11, we finally have the Afghans prepared to sit down and have a serious conversation about taking their country forward without all the violence,” Pompeo told Breitbart.

He said that President Donald Trump had a two-part objective in Afghanistan: to reduce the American footprint and bring soldiers home, and to made sure U.S. homeland is protected.

“I think we’re, today, on our way to putting America in a place where we can do both of those things,” Pompeo continued, adding he still believes there may be “significant bumps in the road.”

On the start of peace talks on Saturday, he said the “meetings went as could be expected at the first gathering. They were getting their teams together, getting to know each other, and they began to set out the framework of what negotiations will look like.”

He said there are “some very, very difficult issues and there will be bumps in the road, but back in February, we were hoping that today would come back in March or April. It’s been six months, but I’m happy with the progress that was made today. I think they’ll meet again tomorrow in Doha and then they’ll go back and start on the framework of the negotiations not long after that.”

The Secretary of State said the “central challenge” of post-troop Afghanistan is ensuring there is equal power sharing between current government officials and the Taliban, without the sheltering of Al Qaeda or other militant groups.

“In the end, the central challenge is what will the Afghan government look like,” Pompeo said.

“What will be the power-sharing arrangement? This is a challenge anytime you have throughout history insurgencies and other times when nations have civil strife. We took Al Qaeda out, and the Taliban still have weapons and the capacity to inflict damage.

“We made clear to them when I met with them today [Saturday] – the Taliban – that they have an obligation to reduce violence immediately and significantly so these negotiations can proceed. So there will be issues of power-sharing and how the government is established at the centre of the conversation.”